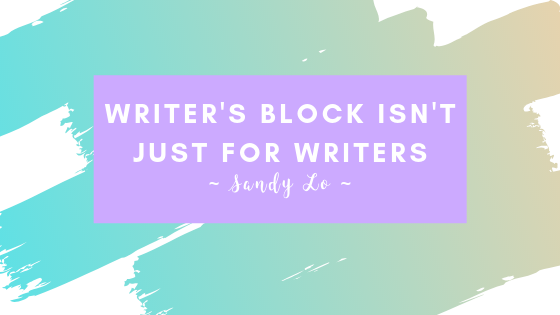 When I was younger, I didn’t believe in writer’s block. I assumed it was some form of laziness or procrastination. While there is truth to my original theory, I now realize writer’s block is very real.

For me, writer’s block does take on the façade of procrastination, but it usually runs deeper than that. In these procrastinating moments, I truly want to write and it’s not that I’m blocked for ideas. So, what’s the deal?

Why suddenly after 14 years of straight motivation and creativity did it all come to a screeching halt?

The year was 2015 and I had just gotten through with my almost year-long cross-country travels. It was all so fun and exciting; inspiring many ideas for my upcoming novel, “Decaf For The Dead“, which I’m now finally releasing after 4 tough years of self-doubt and listlessness.

Sitting down and writing was a huge struggle as I settled back into a “normal” stationary life in Nashville. I took on a full-time “get up in the morning and get the life sucked out of me” type of job again.

I claimed I was too tired to write when I got home and I would “do it tomorrow”. Tomorrow turned into a week, to two weeks, and I found myself falling into mind-numbing couch potato mode. I gained weight, felt bored in life, and frustrated at work.

My family missed me and I was really missing them so I moved back home to New York. I became a nanny for my niece and nephew, essentially giving me more creative freedom. Did it make me write more? No. In fact, I wrote less and less.

I eventually moved out on my own and worked from home doing freelance.

I was finally living the dream! Or what I thought was my dream… but the financial uncertainty and not seeing humans everyday burdened me.

All of my creativity was reserved for freelance projects I wasn’t passionate about. Writing novels, blogging, or finding a thirst for life was completely lost.

It’s become clear that yes, writer’s block is super real… but only because I’m a writer. If I were working any other profession, I’d still be blocked… but most people would see it more as a sort of depression.

So maybe what I’ve been going through isn’t writer’s block, but a life block. I’m just more aware of it as it pertains to creativity because I’ve never had a problem in this area before. I’m not myself if I’m not writing, dreaming, and being enthusiastic about something.

And the pressure I put on myself to be that person has just crippled me more. So even though “Decaf For The Dead” and an untitled “Dream Catchers” book have been practically complete for over a year, I’ve given myself a break.

I told myself it’s okay to feel down, to step away from things I love, and just be for a bit. Sometimes I move too fast — and I’m sure all of you can relate to this — that I try to jump into something else or keep moving to drown everything else out that’s telling you to take some time off, to forgive yourself for not being the person you thought you were, or want to be.

Too often we strive for perfection or happiness and get frustrated when we’re just not able to be those things some days. And more importantly, that it’s normal to be sad or frustrated or not know who we are or what we want sometimes. We’ll get where we’re going eventually, but we can’t if we don’t support ourselves mentally and physically.

Can you relate? Share your story in the comments! (Remember to be kind to one another!)