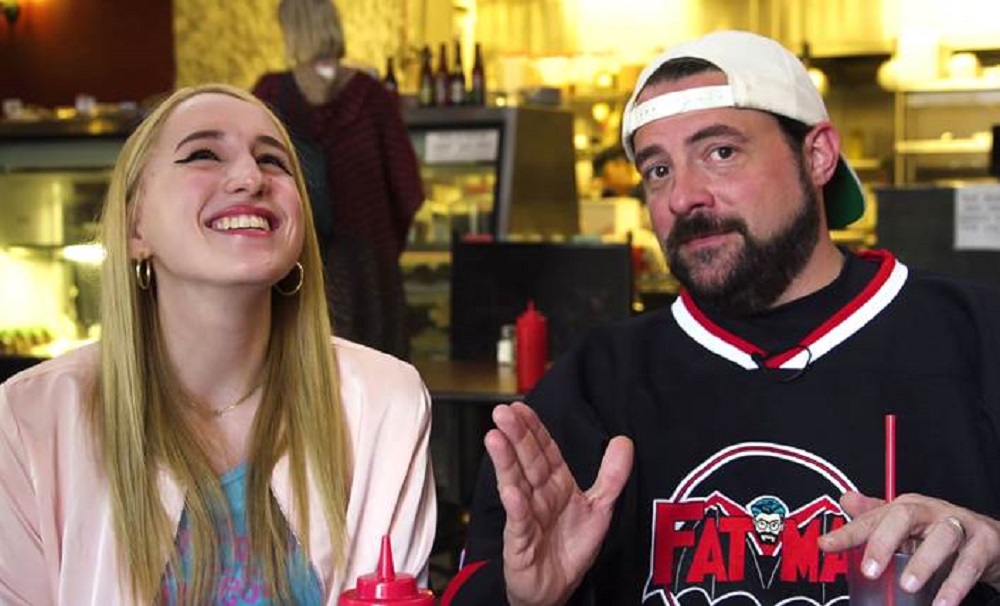 Filmmaker Kevin Smith and his actress daughter, Harley Quinn Smith discuss her decision to go vegan over a meal at Doomie’s Home Cookin’ in LA. The father-daughter duo have an open and honest conversation about the stigma of vegan food, what we were taught growing up about eating animals and why Harley wanted to “go all the way” for them The video is part of Farm Sanctuary’s Compassionate Meals series, which encourages people to take a friend out for a compassionate meal and engage in conversation about what compassion is.
Instead of taking a bullying approach that so many animal activists resort to, the Compassionate Meals series opens the conversation between vegans and nonvegans to talk about our beliefs and the welfare of animals.
For more information: farmsanctuary.org