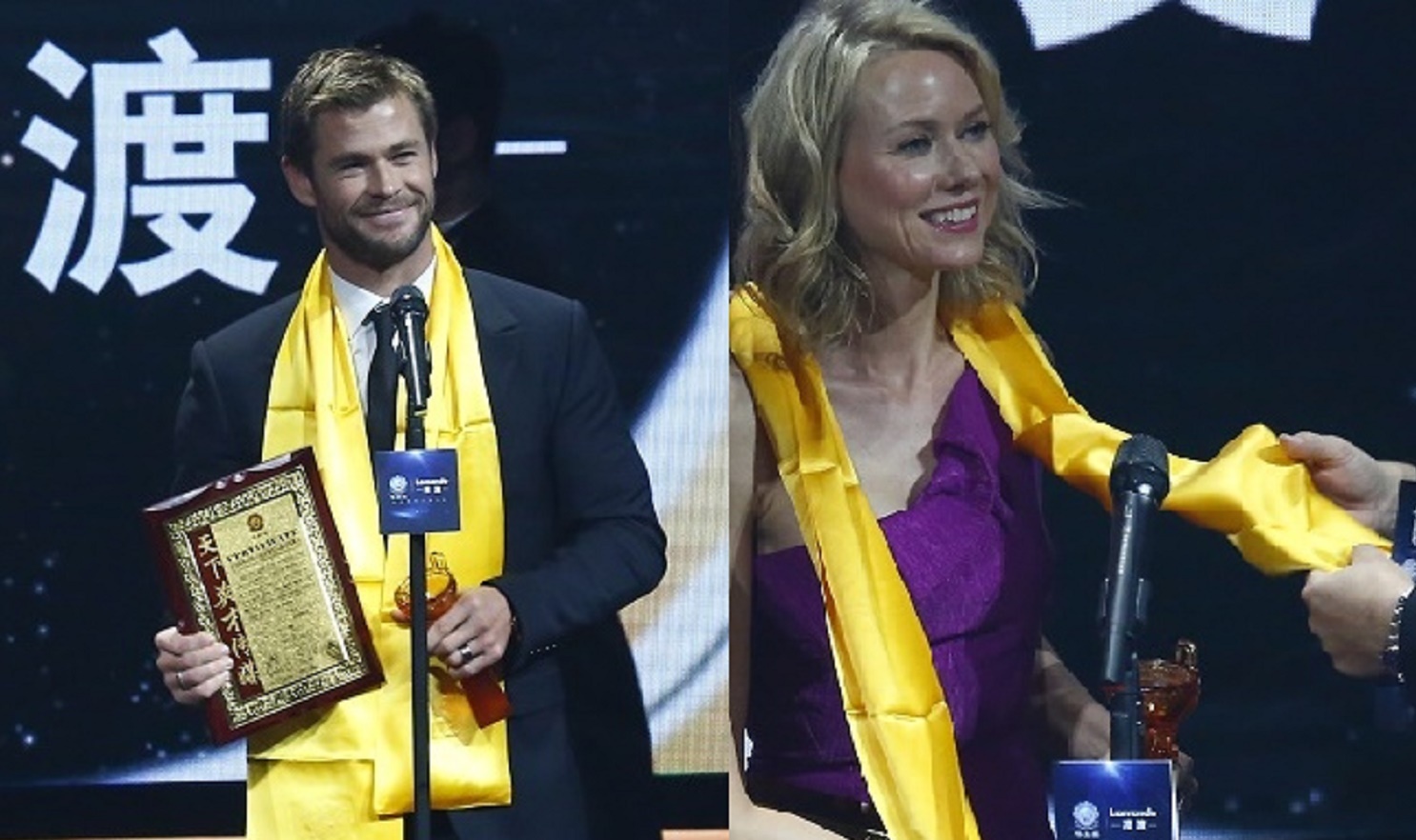 On January 18th, Chris Hemsworth and Naomi Watts appeared on stage in Macau, China to accept top honors in person in front of a live audience at the 15th Annual Huading Awards. The Huading Awards are China’s premier awards show where the honorees are determined by fan votes, and the winners are recognized as the best from various genres of entertainment, including film, television, dance, theater and music.
Internationally renowned actor Chris Hemsworth took the stage in Macau to receive the Huading Award for Best Global Actor in Motion Pictures. Best known for his portrayal of Thor in the Marvel franchise, Hemsworth will reprise the role in the upcoming Avengers: Age of Ultron, slated for release in May 2015. This year, he also stars in Michael Mann’s Blackhat and in Ron Howard’s In the Heart of the Sea.
Watch b-roll footage of Chris Hemsworth at the awards: Naomi Watts graced the Huading Awards stage to be recognized as Best Global Actress in Motion Pictures. The Oscar nominated actress has recently received widespread acclaim for her powerful portrayal in the film Birdman, and won over audiences with her recent role in St. Vincent starring alongside Bill Murray and Melissa McCarthy. Watts’ upcoming films include While We’re Young with Ben Stiller, Demolition with Jake Gyllenhaal and Insurgent, the next installment of the successful Divergent franchise based on the popular best-selling novels, written by Veronica Roth. She has also filmed Gus Van Sant’s Sea Of Trees starring opposite Matthew McConaughey, Three Generations with Susan Sarandon, and will shoot the psychological thriller Shut In early this year.
Watch b-roll footage of Naomi Watts at the awards:
The Huading Awards have built a proven reputation for awarding excellence in entertainment over the past decade since they were founded by Global Talent Media Group (GTMG), a Beijing based multi-media company. The organization is engaged in print, web and TV media content, consumer market research and public opinion surveys. Founded in 2006, GTMG is a division of Hua Ding Tai Fu Investments Group, with interests in the media, real estate, and automotive industries. Expanding to the United States, GTMG opened a new Los Angeles based division on January 1, 2015.