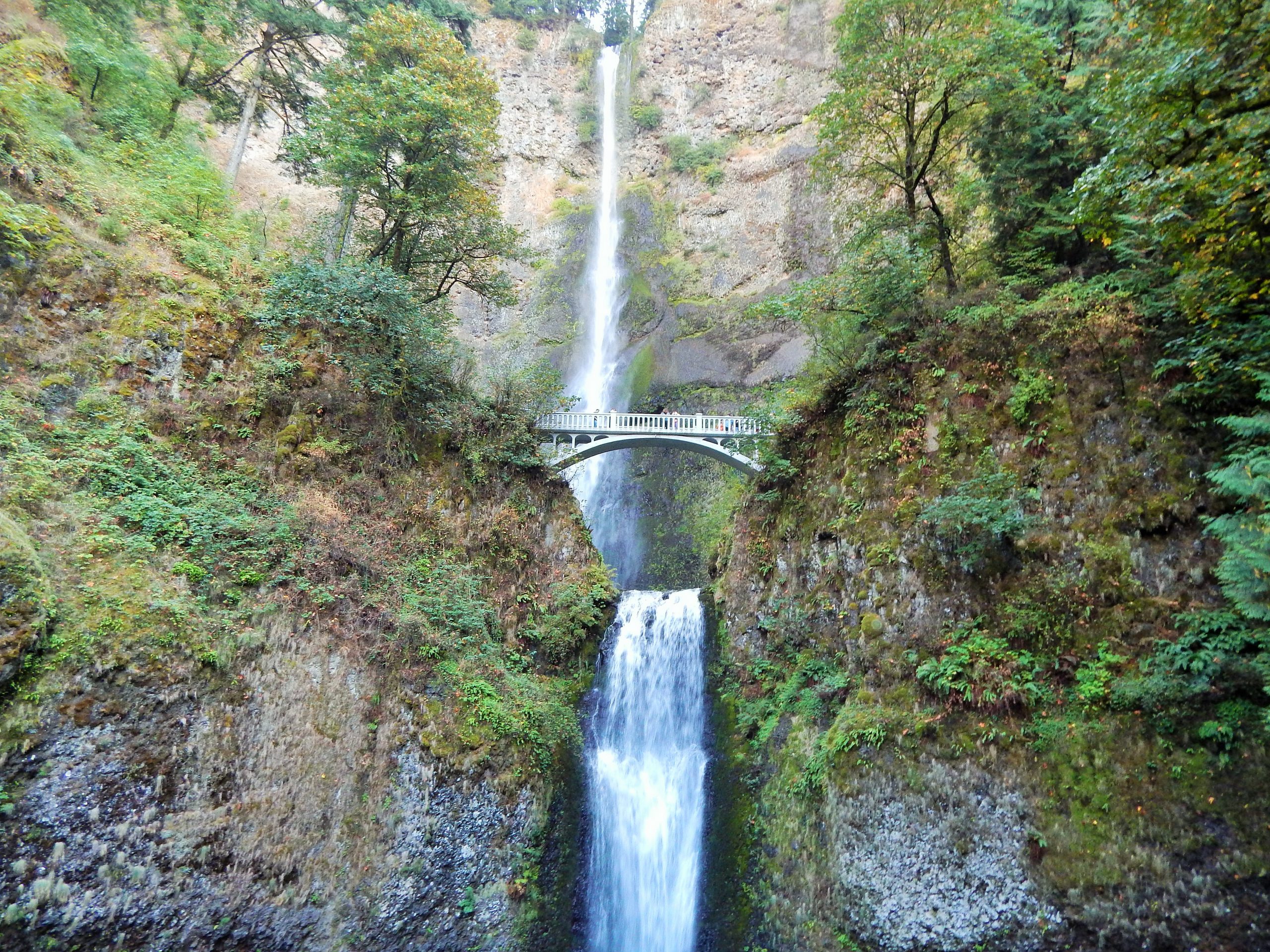 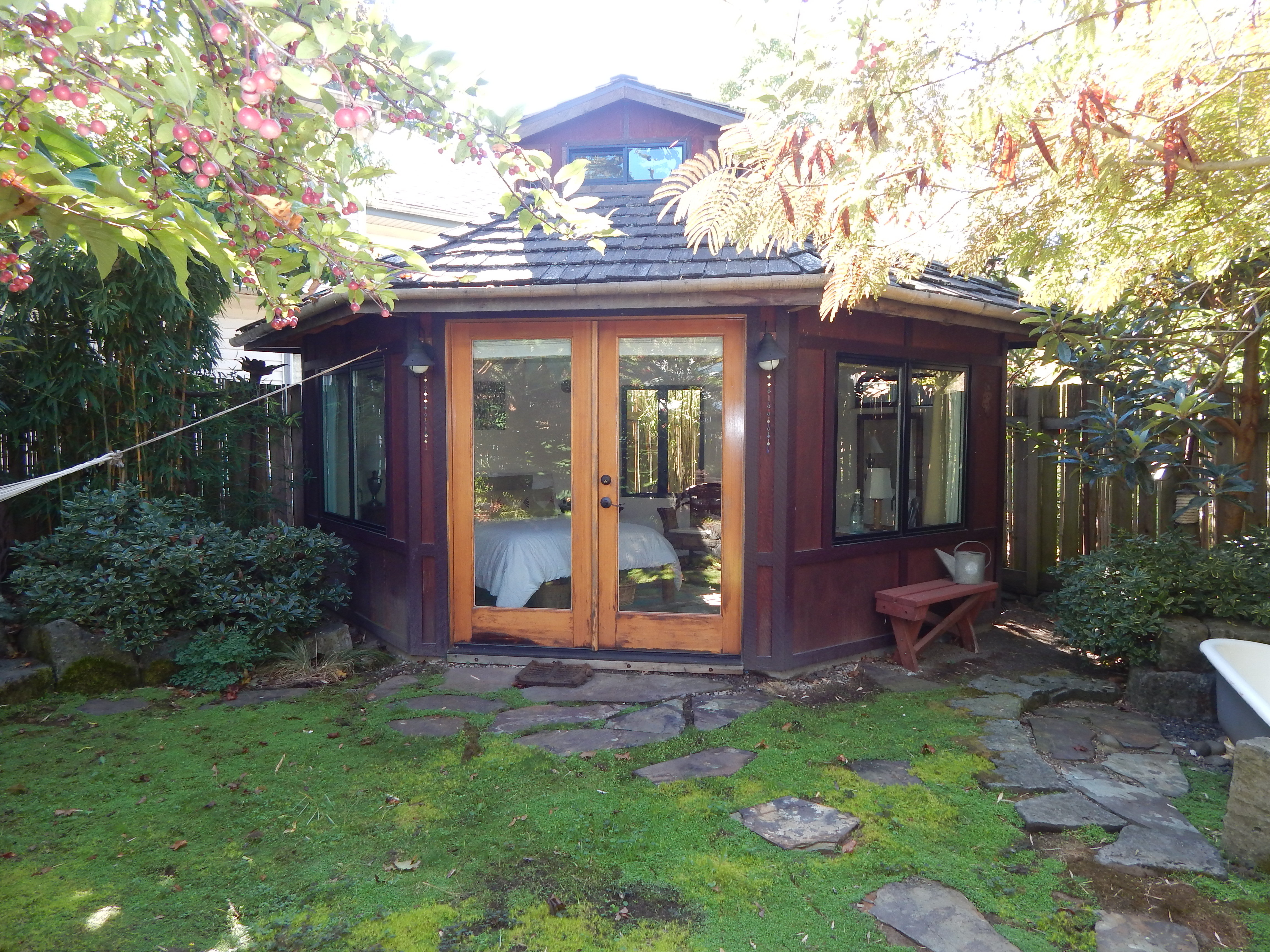 Unlike my past two travel blog posts, I won’t give you a day by day rundown.  This blog post would be way too long.  Instead, I’m going to give you the highlights.

The Airbnb I booked was the one I looked forward to most out of all the other cities.  I stayed at a “garden studio” in the Hawthorne District.  Basically what that means is an oasis that was cozy and rustic in the backyard of a couple’s house.  Joelle and James were my hosts, though I didn’t get to meet James since he was on a business trip.  Their house was an adorable, clean, and eco-friendly place from the early 1900s.  I noticed many of the houses in the area are older but kept well with modern renovations.  I love that about this city, old and new meets harmoniously.

I slept wonderfully in the studio, which had blinds for the glass doors and windows for privacy.  I even started my new novel, “Decaf For The Dead”, my first night at the garden studio!  It inspired me.  I might have to make this place my writing getaway every now and then. 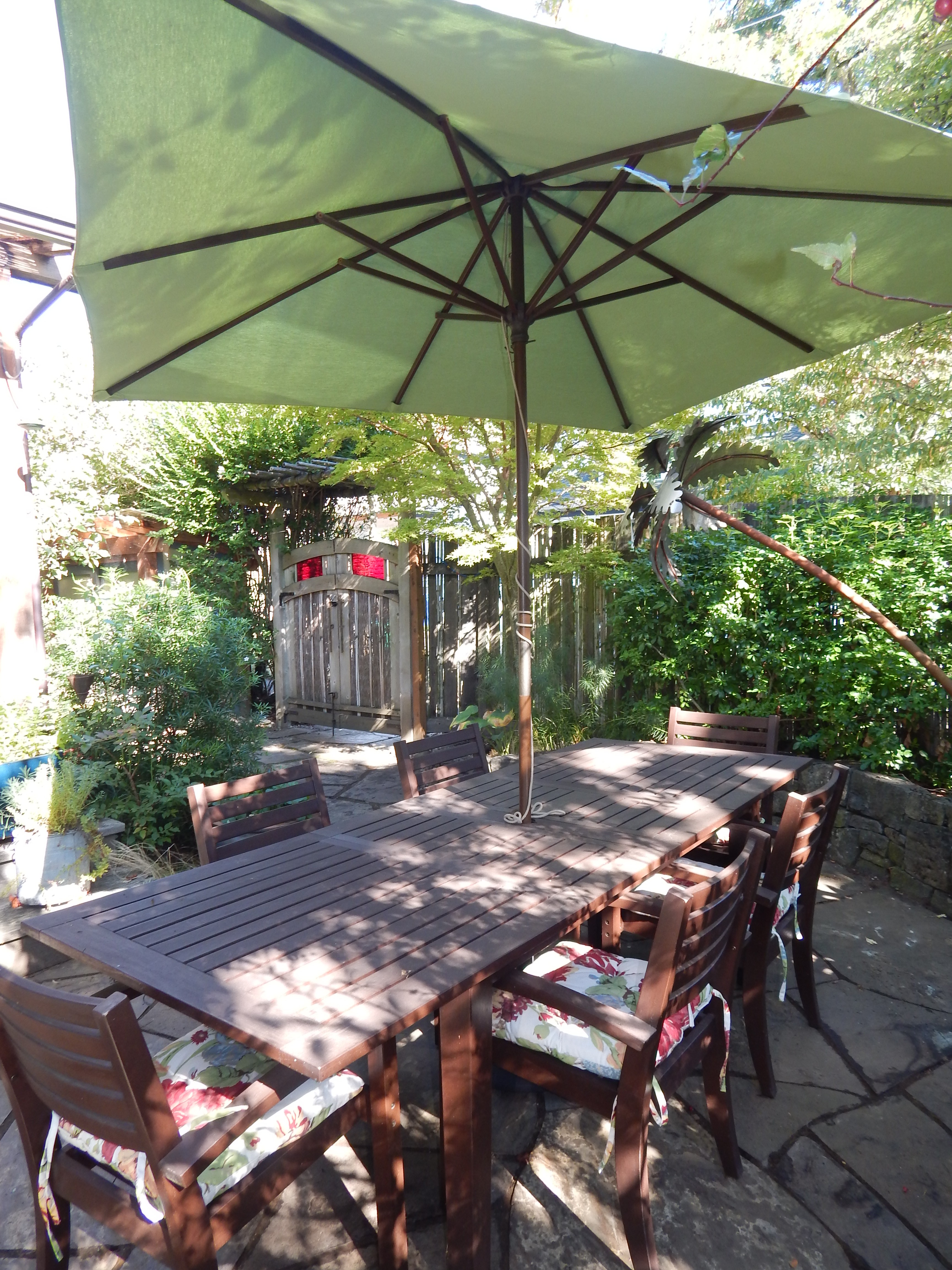 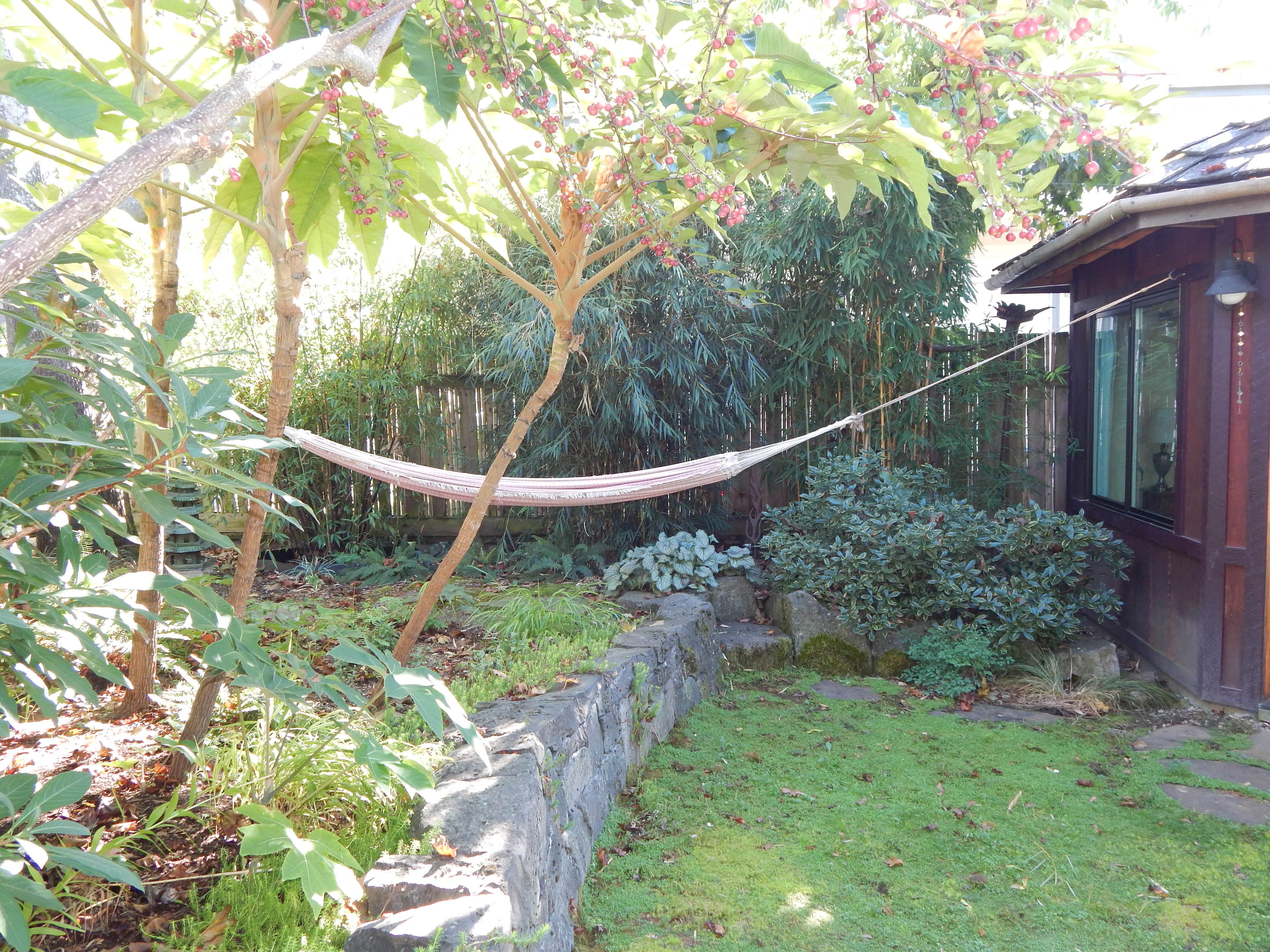 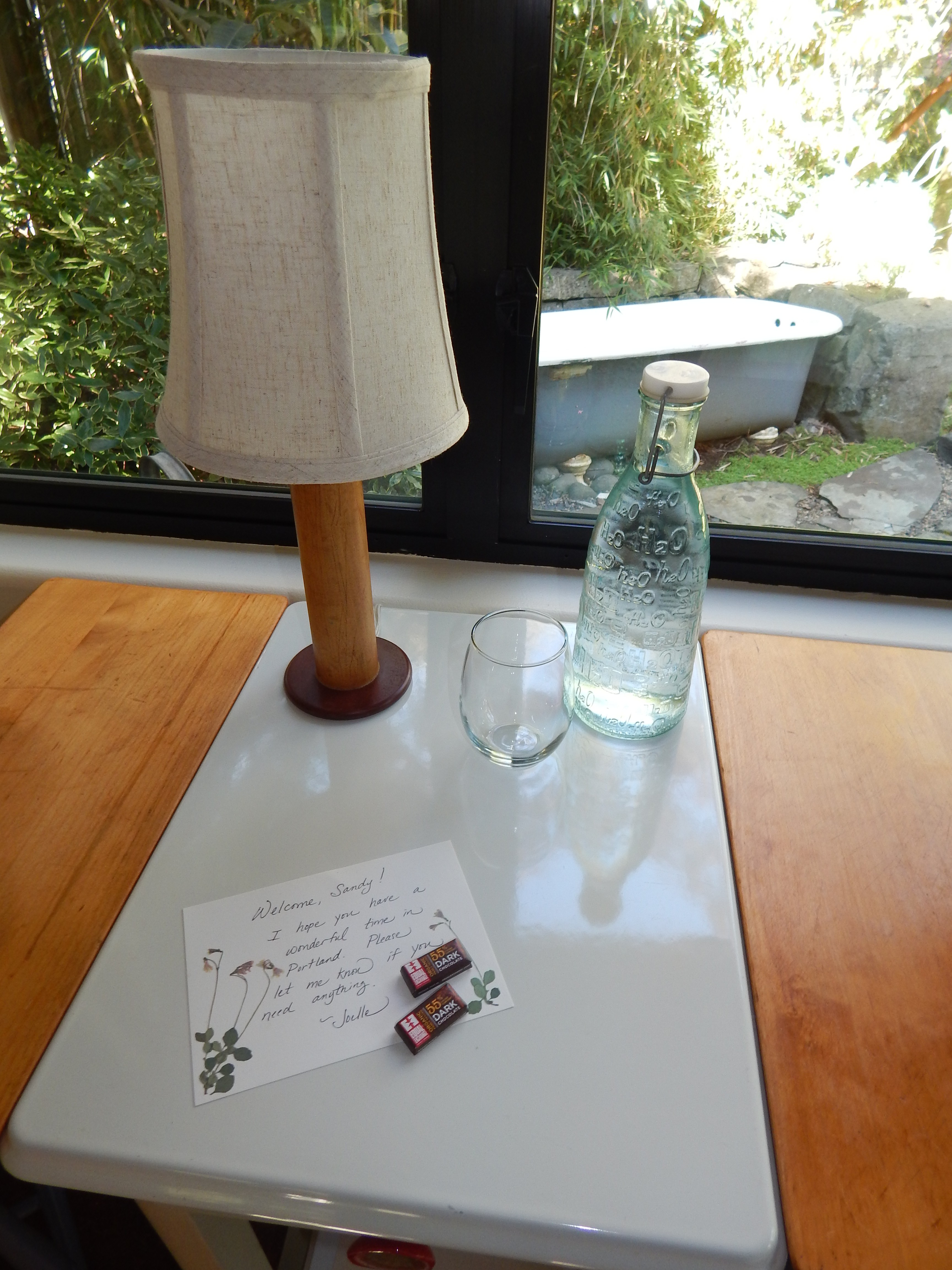 My host Joelle welcomed me with a note and vegan chocolates. 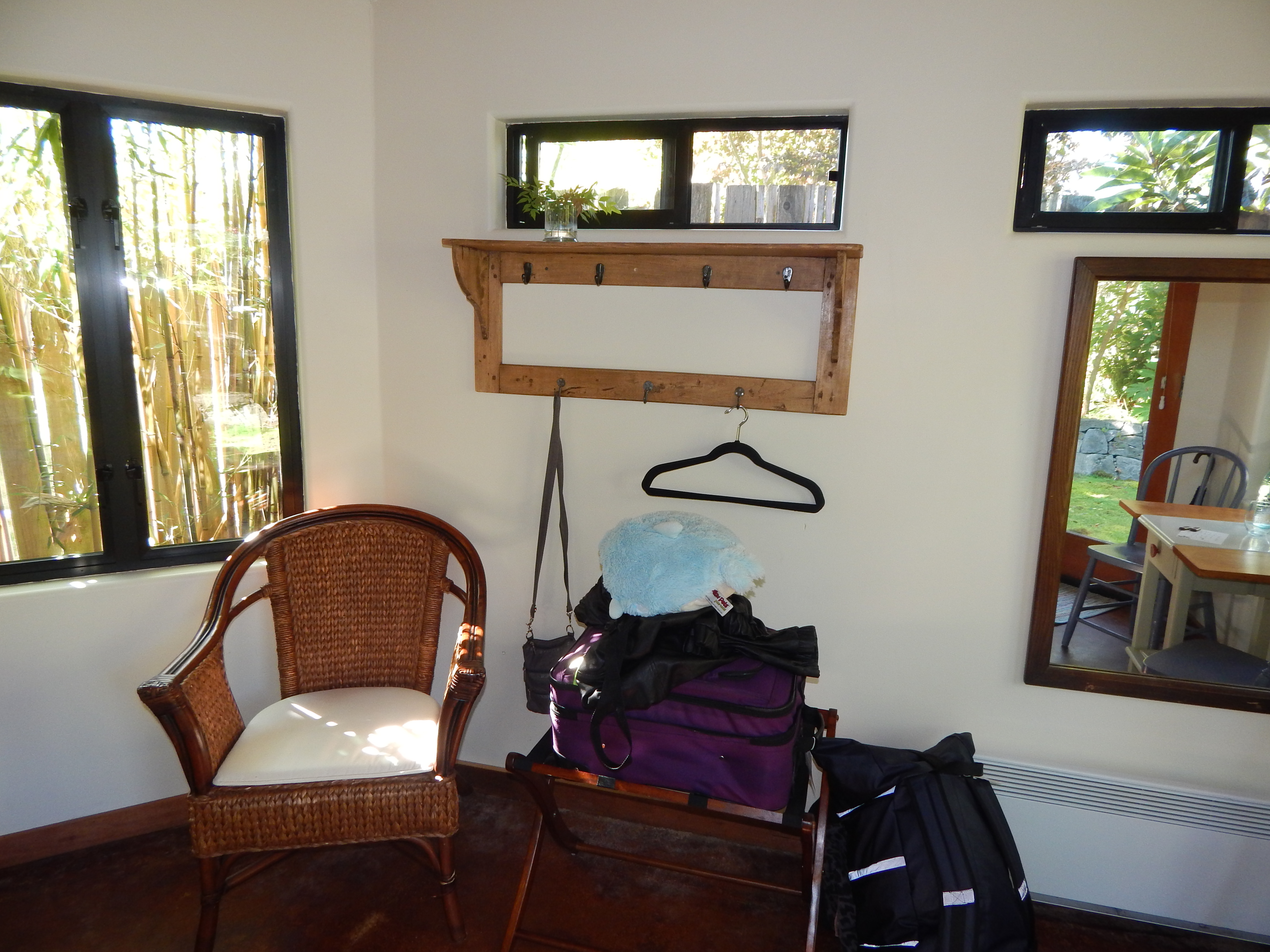 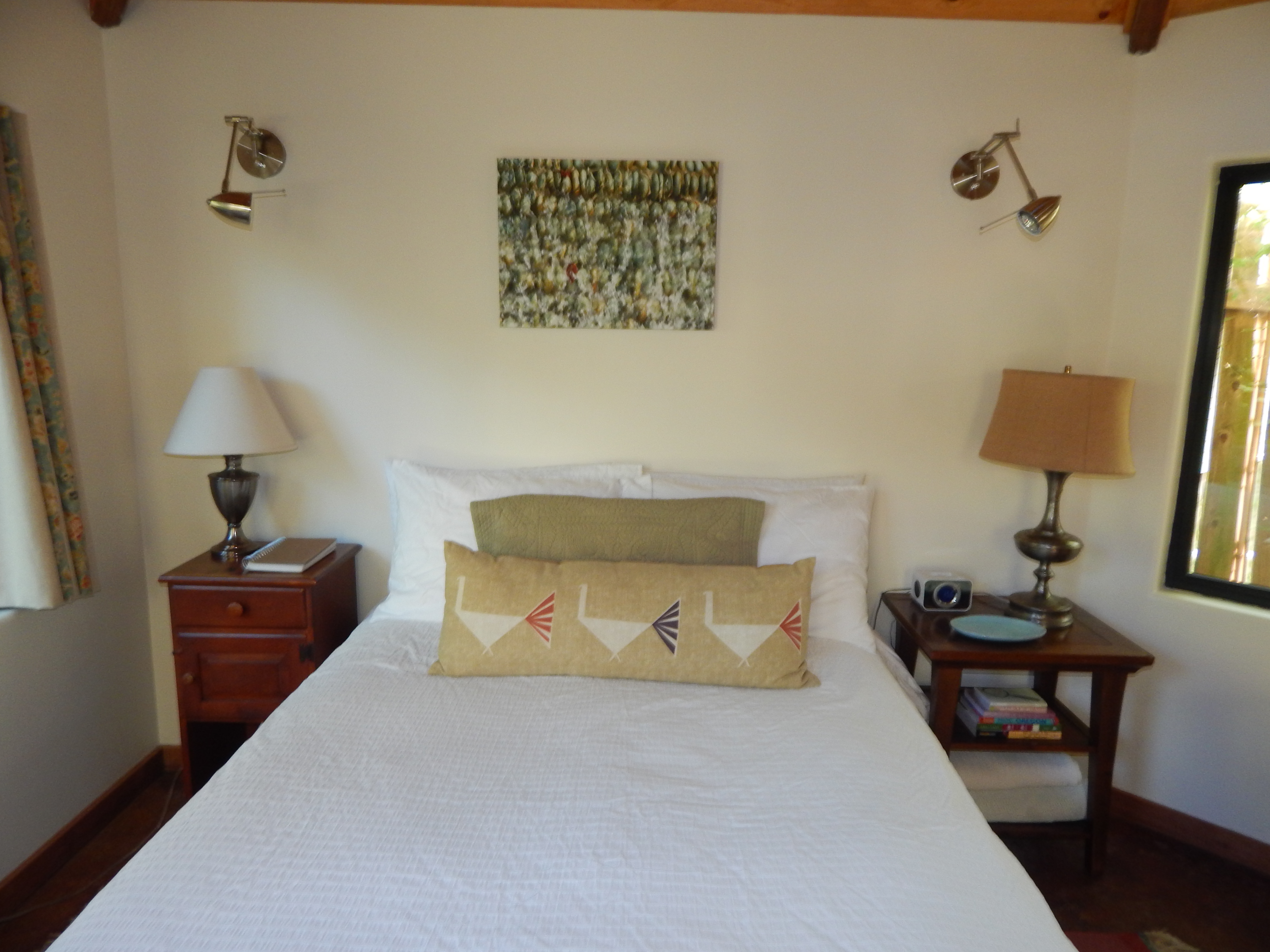 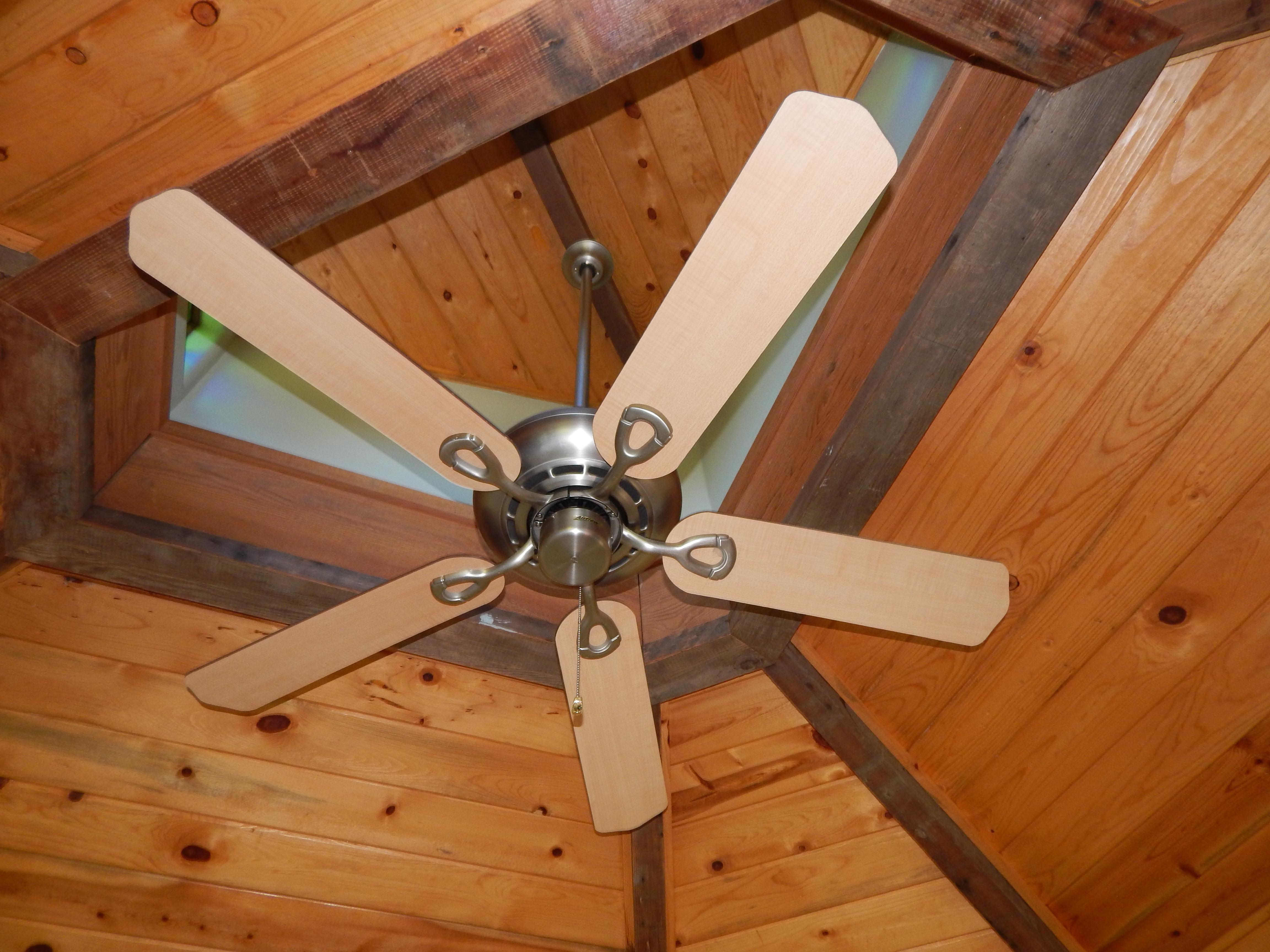 My first meal in Portland was one of my best.  I went to My Thai Bistro for some massaman curry, my favorite Thai dish.  The best place I ever had this dish was in Astoria, New York.  My Thai Bistro gives that place a run for their money.  The portion size was just right too.  I didn’t feel like I ate too much afterward.  I ventured to the vegan mall that I was so excited to go to that first night. 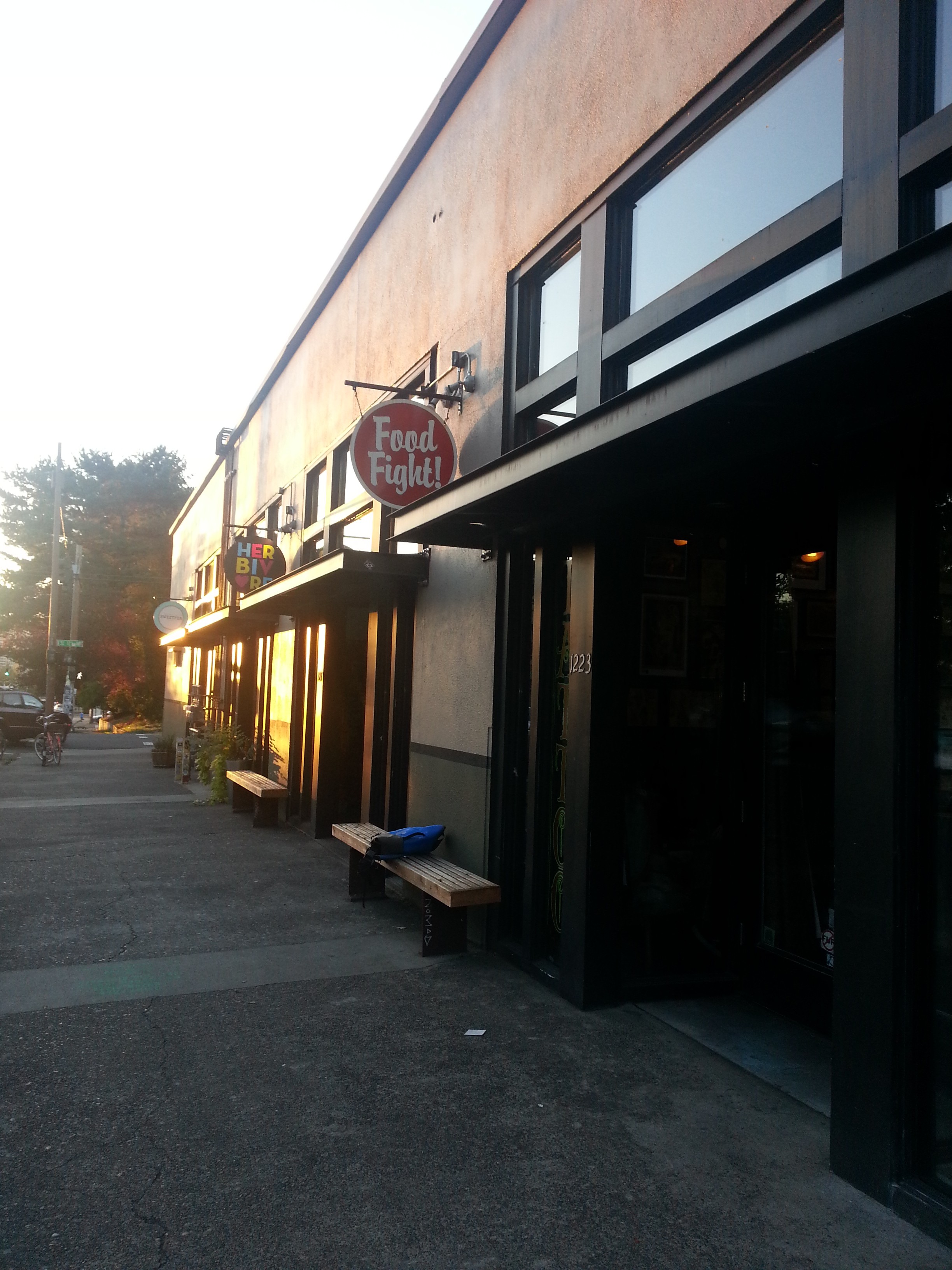 To my surprise and dismay, only Scapegoat Tattoo and Food Fight! Grocery were open.  I walked around Food Fight! and bought some groceries to take back to Joelle’s since I was staying for a week.  It was so great to have an entire grocery store that was vegan, but it had a lack of fresh produce and an abundance of junk food!

I did go back to the vegan mall the next day and walked around Herbivore, a clothing store that also carries random things like wallets, ceramic mugs, canisters, and other pro-vegan items.  I bought a cute shirt, grabbed some free coasters and stickers before heading to Sweet Pea Bakery.  I ordered a vegan Reuben sandwich.  It was very heavy but delicious.

A girl who I had seen at Herbivore was also at Sweet Pea.  She sat at the table next to mine and we began to chat.  Her name is Corina and she just moved to Portland from Oakland.  We became fast friends and I stayed at Sweet Pea much longer than intended.  I remembered I had a Groupon for 2 for the ’80s Video Attack! on Friday at Lola’s Room.  I invited Corina to go.  We exchanged contact information and said goodbye. 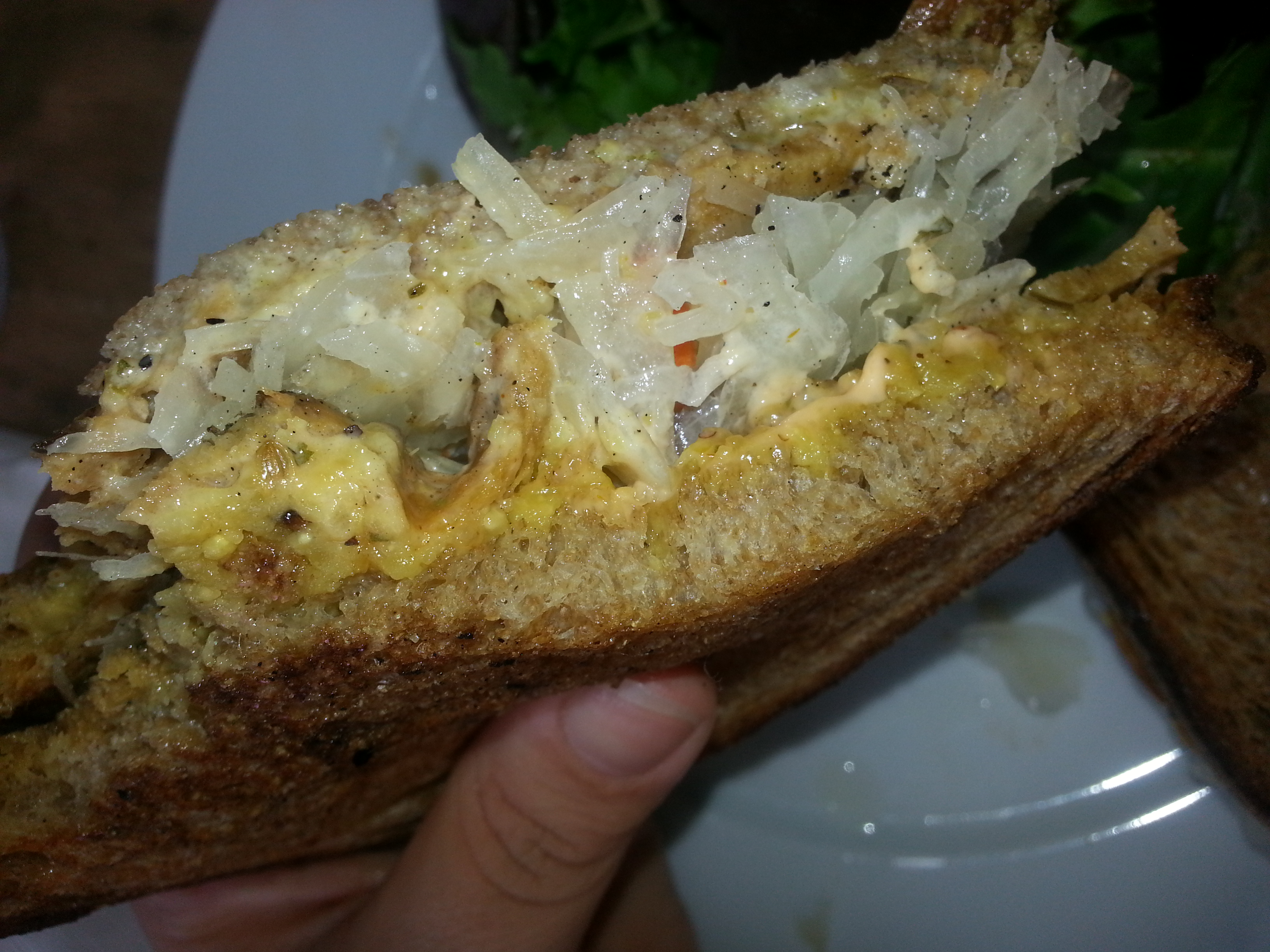 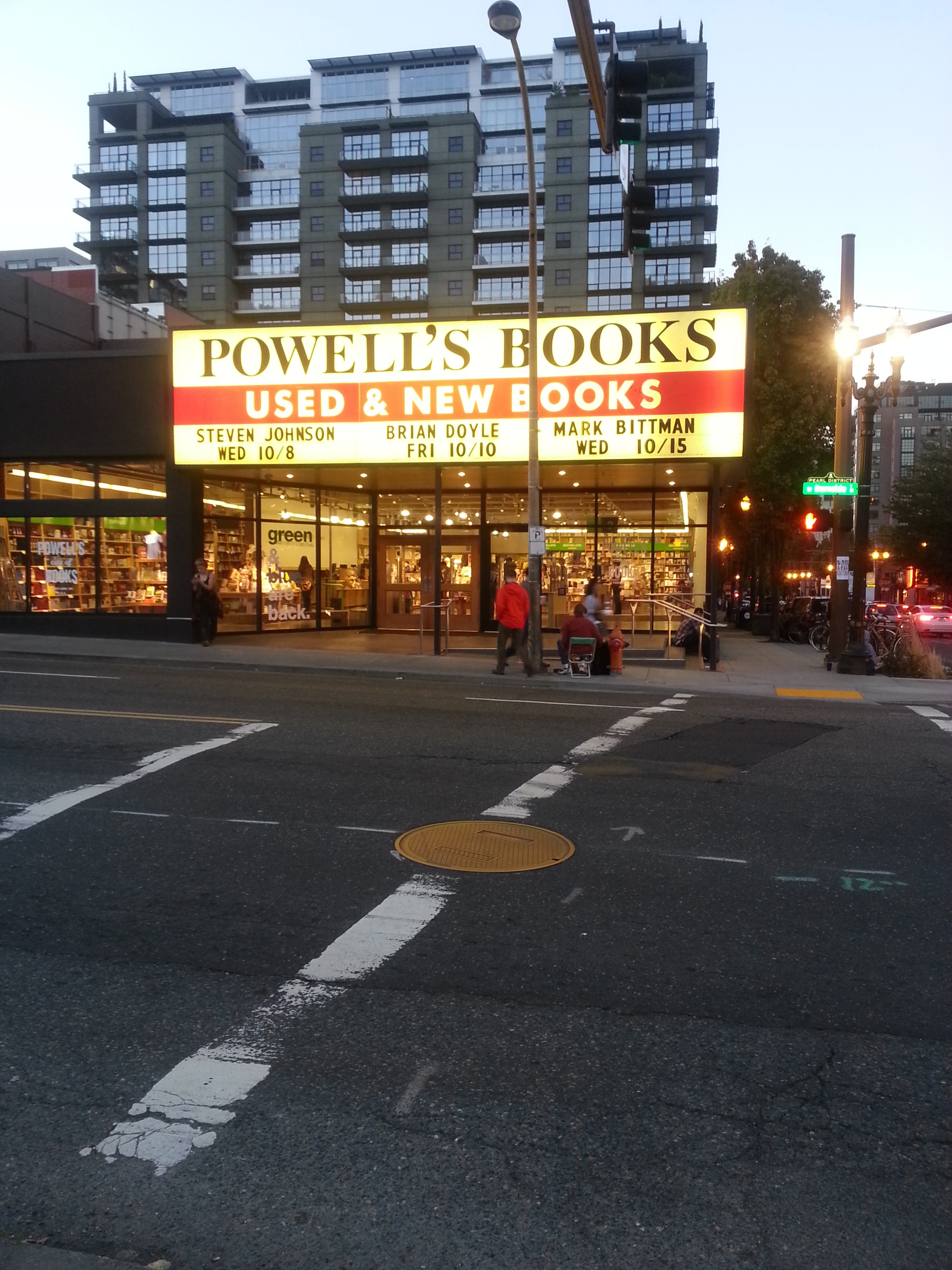 Powell’s takes up the entire block and is keeping bookstores alive. I wish I wasn’t strict on having too much baggage, or else I would have had a field day.

I headed to Powell’s City of Books by foot.  It was about an hour walk, but I got to walk over the Morrison Street Bridge on the way there, which wasn’t very scenic and the on the way back, I walked over the Hawthorne Bridge — much nicer and pedestrian friendly.  It is also seen on the opening credits of the TV show Portlandia.  As for Powell’s, I wasn’t as impressed as I should have been.  It was a gigantic book store!  I guess because I won’t allow myself to buy any paperback books, the fun was taken out of it.  I don’t want to load down my baggage with books, plus I have tons of ebooks I’m behind on!

The next day, I was dragging and coming down with something.  My nose was constantly running and sneezing was becoming frequent.  On top of that, I just wanted to go back to bed.  I was planning to go downtown and try VooDoo Doughnuts, but I got as far as the bus stop before deciding I wasn’t in the mood to do much.  I stumbled upon Salt & Straw, an ice cream shop that was on my list of places to try.  Their vegan flavor was some kind of caramel fudge made from coconut milk.  I added sea salt to it — amazing!  It probably didn’t do much for my sickness, but it hugged my heart.  I grabbed some pumpkin soup and headed back to my oasis.  I watched some Hulu and Netflix before passing out for about 12 hours. 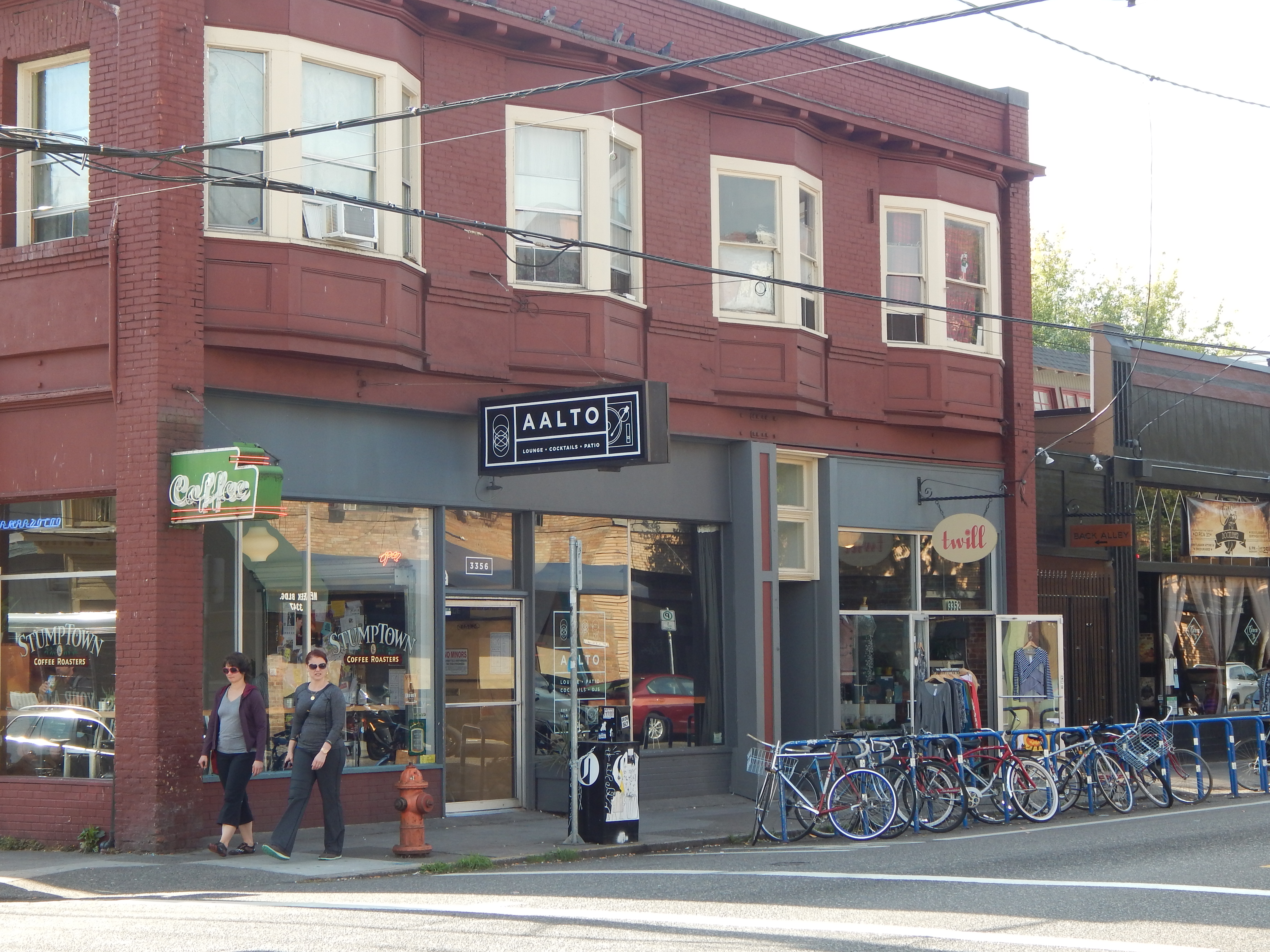 I felt much better the next day and headed to Stumptown Coffee Roasters, the most popular local chain.  I went here quite a few times during the week.  I wouldn’t say their coffee is the best, but I think I’m losing a taste for coffee altogether.  I’m finding tea much more satisfying; maybe it’s because I’m not feeling well.  Stumptown’s coffee has a nuttiness to it and I’m sure the fact that I drink mine with almond milk is only making it nuttier.  Still, I like the general vibe here, aside from the rap music that is played at the Belmont location in the afternoon.  Sometimes it is a little much, especially when you’re trying to work.
One day at Stumptown, I met Ellen.  She was looking for a place to sit and all the tables were taken.  I invited her to sit at my table.  We began to chat and she also just moved to Portland.  I invited her out with Corina and I that night for the ’80s Video Attack.  Ellen wound up bringing Carlos, who was staying at the same hostel as her.  Carlos is from Spain and will be in Los Angeles at the same time as me, so we plan to meet up. 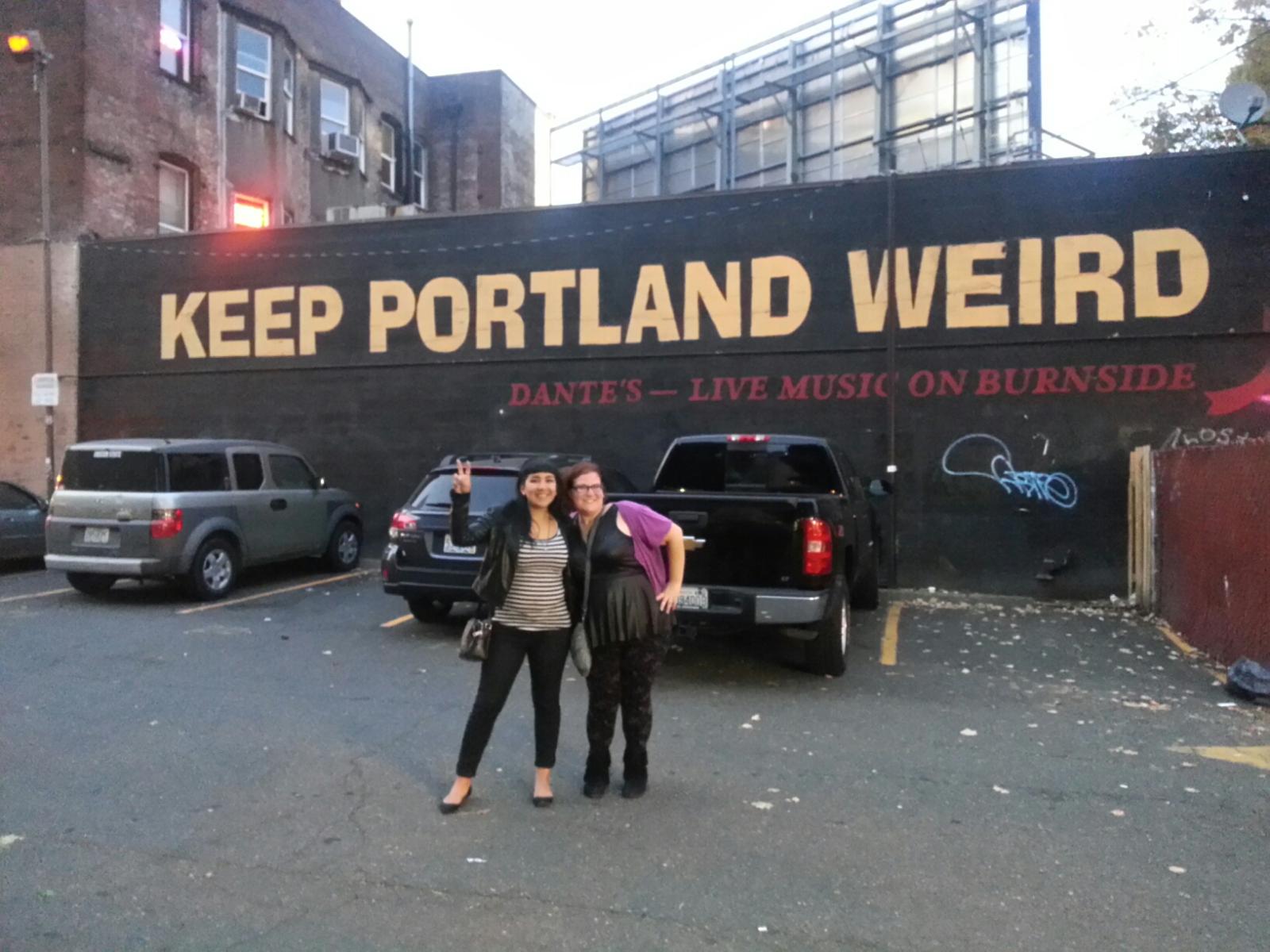 Corina and me in front of the infamous wall on the back of Dante’s.

It’s amazing how easy it can be to make friends when you’re not close to home.  The four of us hung out, drinking overpriced beer, dancing to ’80s music, with incredibly bad dancing and hilarious characters, and eating Sizzle Pie — they had 3 vegan choices.  Still not the best vegan pizza I had, which was in Philly (rest in peace Home Slice Pizza), but satisfied the craving.

I definitely felt my age, hanging out with these 20-somethings, and though I kept up with them, I had been up since 6 am, and actively going, even trekking up some of Mt. Tabor, on top of being sickly.  By 1 am, I was ready to hit the hay, but I didn’t get to bed until 3 am. 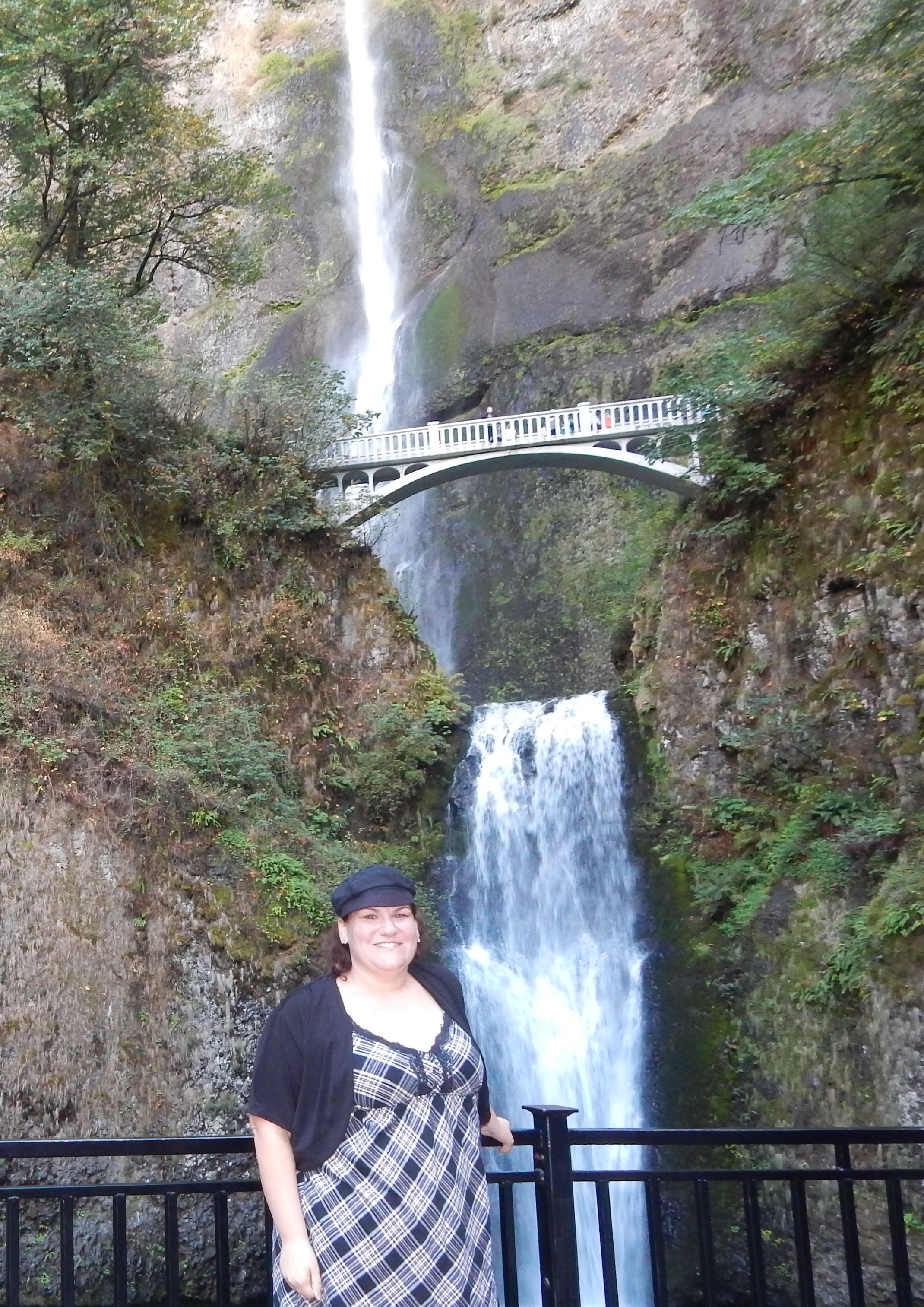 Pictures don’t do Multnomah Falls justice but scroll down until the end for more.

The next day, Corina and I made plans to originally go to Astoria, Oregon, which was 2 hours away.  We didn’t get up and going until late.  Instead, we went to Multnomah Falls, a 40-minute drive to Bridal Veil.  I rather had seen the Falls over Astoria — I would rather go there during Goonies Fest anyway.  Multnomah Falls was absolutely gorgeous!  It finally felt like the cold, damp Pacific Northwest I had heard about, and of course, I went without a jacket.  I had been bringing a jacket with me everywhere and sweating because of it!  Seattle, Vancouver, and Portland have all been unseasonably warm and sunny while I was there! I wish we climbed to the top of the Falls, but it was turning dark by the time we got there.

Corina and I headed to a bar called Binks before going someplace you might totally judge me for.  We had both discussed our curiosity with Casa Diablo, a vegan strip club!  Neither one of us has been to a strip club, let alone a vegan one.  We thought it would be fun and interesting, to say the least.  We were greeted at the door by a topless pregnant girl.  The guys in front of us quipped to her, “Do you know who the father is?”  It was kind of a jerk thing to say regardless of the situation.  So I tipped her $2 — they only give you change in 2 dollar bills there by the way.

Of course, the entire time I was at Casa Diablo, I was observing and wondering about all these girls.  I watched how comfortable they are with their bodies, their nudity, sexuality, and their amazing flexibility and agility.  Don’t laugh, I’m serious.  I also wondered about the reasons behind wanting to work at a strip club.  I imagined the sometimes bad treatment I received as a barista and thought that must be what these topless waitresses receive multiplied by 100!  As for the dancers, they were fully nude and fully comfortable (or so they seemed) with all eyes on them, and hands grabbing them.  The writer in me was very curious about the motives and mindsets behind both the dancers and the patrons.  I am not a prude, but I’m not quite that free or okay with public nudity.  It was an interesting experience and entertaining at the same time. 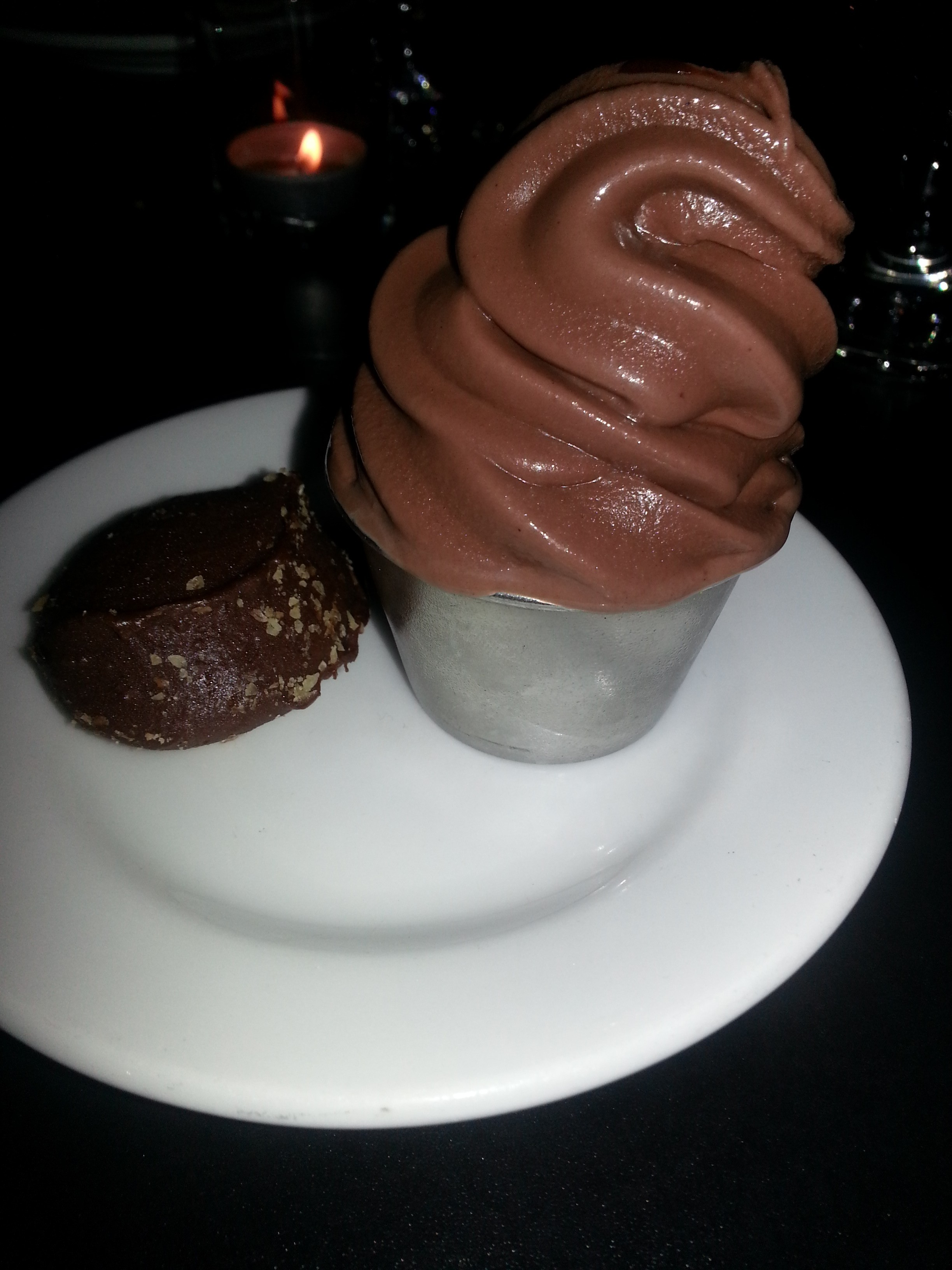 My last full day in Portland, I ate breakfast and lunch at the house before heading to Stumptown to catch up on some work before I met up with my friend, Diana who lives about an hour away.  I met Diana on another adventure, my wild dolphin expedition in the summer of 2013.  We went to Blossoming Lotus. The food was pretty good, but the dessert was even better!

The thing I was surprised by being in Portland was that I didn’t instantly want to move here.  I enjoyed the city so much and had a ton of fun, but my heart knows what it wants.  With tons of vegan options, I didn’t enjoy the food quite as much.  Maybe I just rather cook my own.  The coffee culture didn’t impress me as much as I thought it would either.  Maybe I’m just tired of coffee.  Public transportation and walkability isn’t as convenient as I thought.  Portland is very spread out and by public transportation, lots of areas take 2 buses to get to or are sometimes hour-long commutes.
People are friendly and quirky.  Some are kind of smelly and some have hairy armpits.  I consider myself to have hippy vibes, but I can’t get down with that.  Also, although there is no sales tax, prices seem to be higher.  Organic and local are common, which is great but also contributes to higher prices.  Portland is clean and beautiful and so many wonderful things, but it isn’t my home.  I will definitely come back to visit though.  I might even make it a writing retreat for myself. 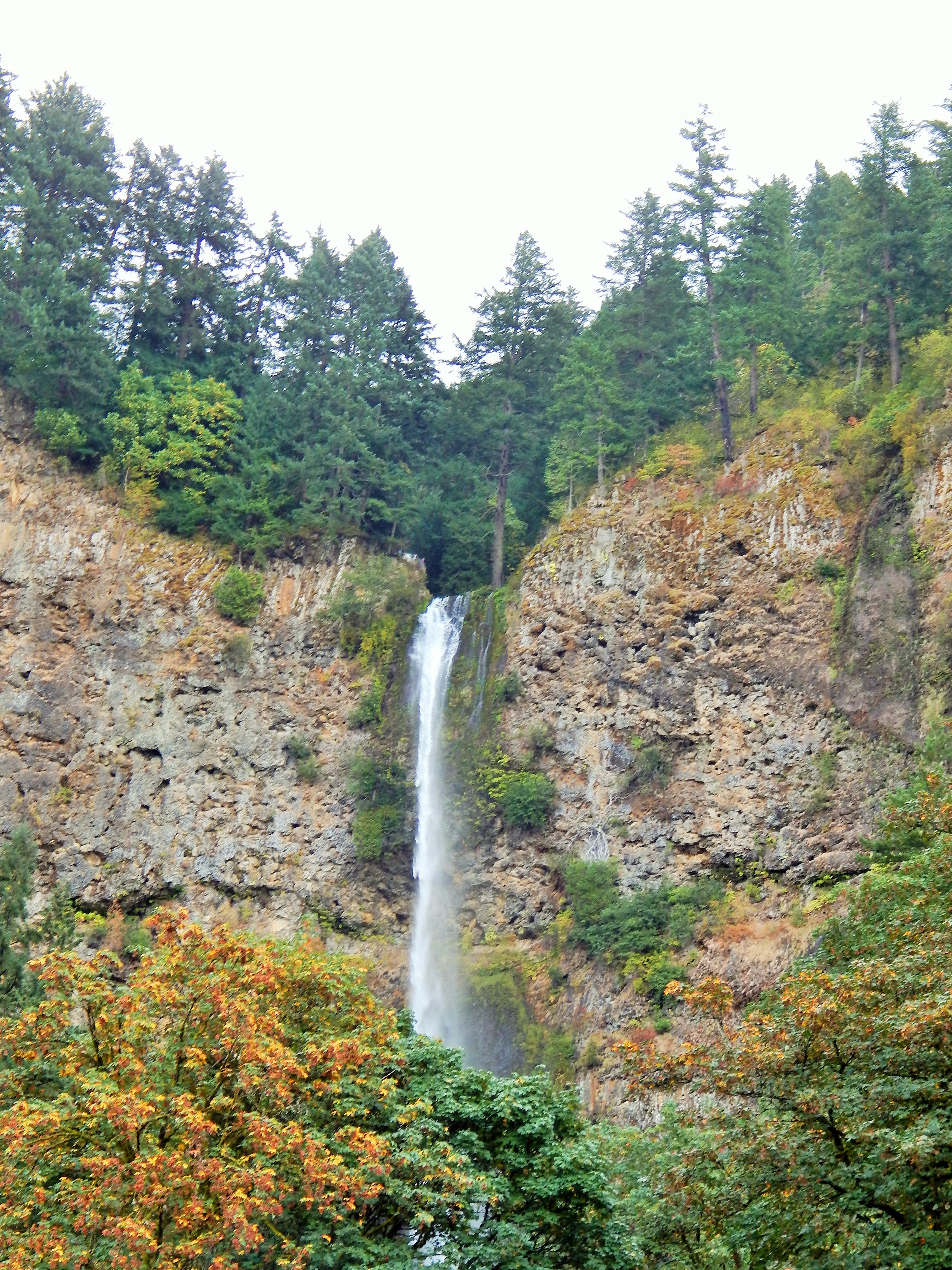 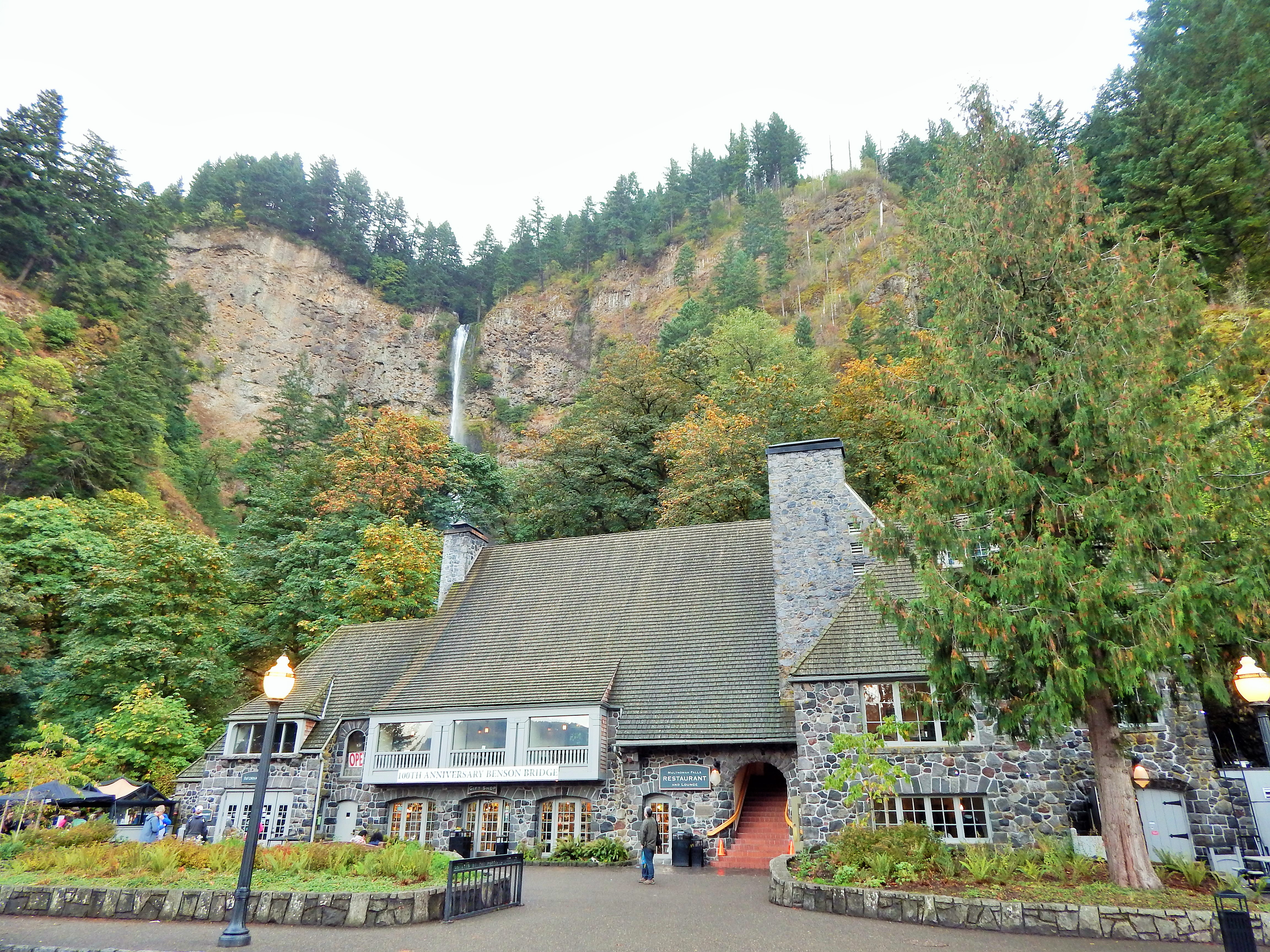 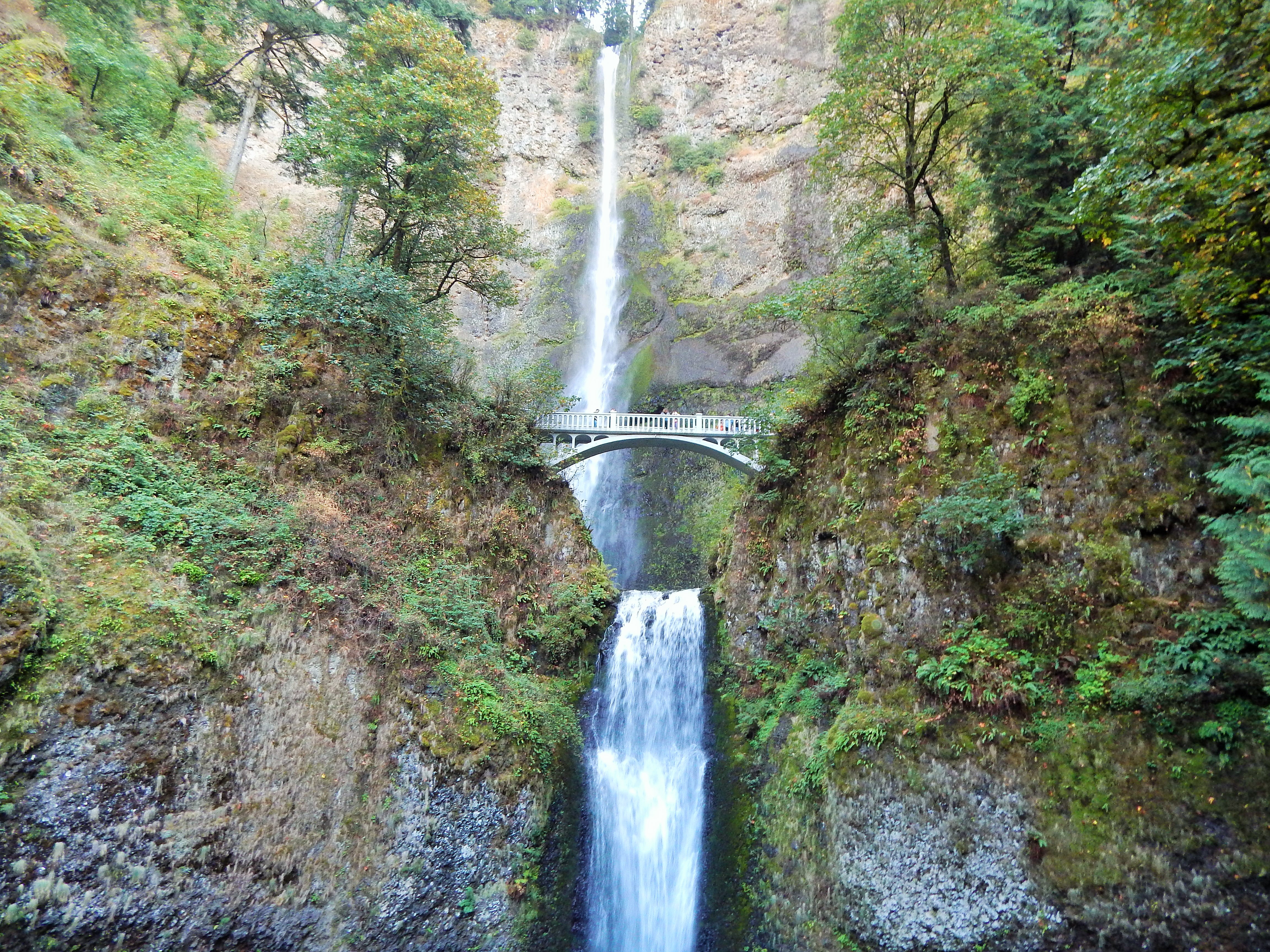 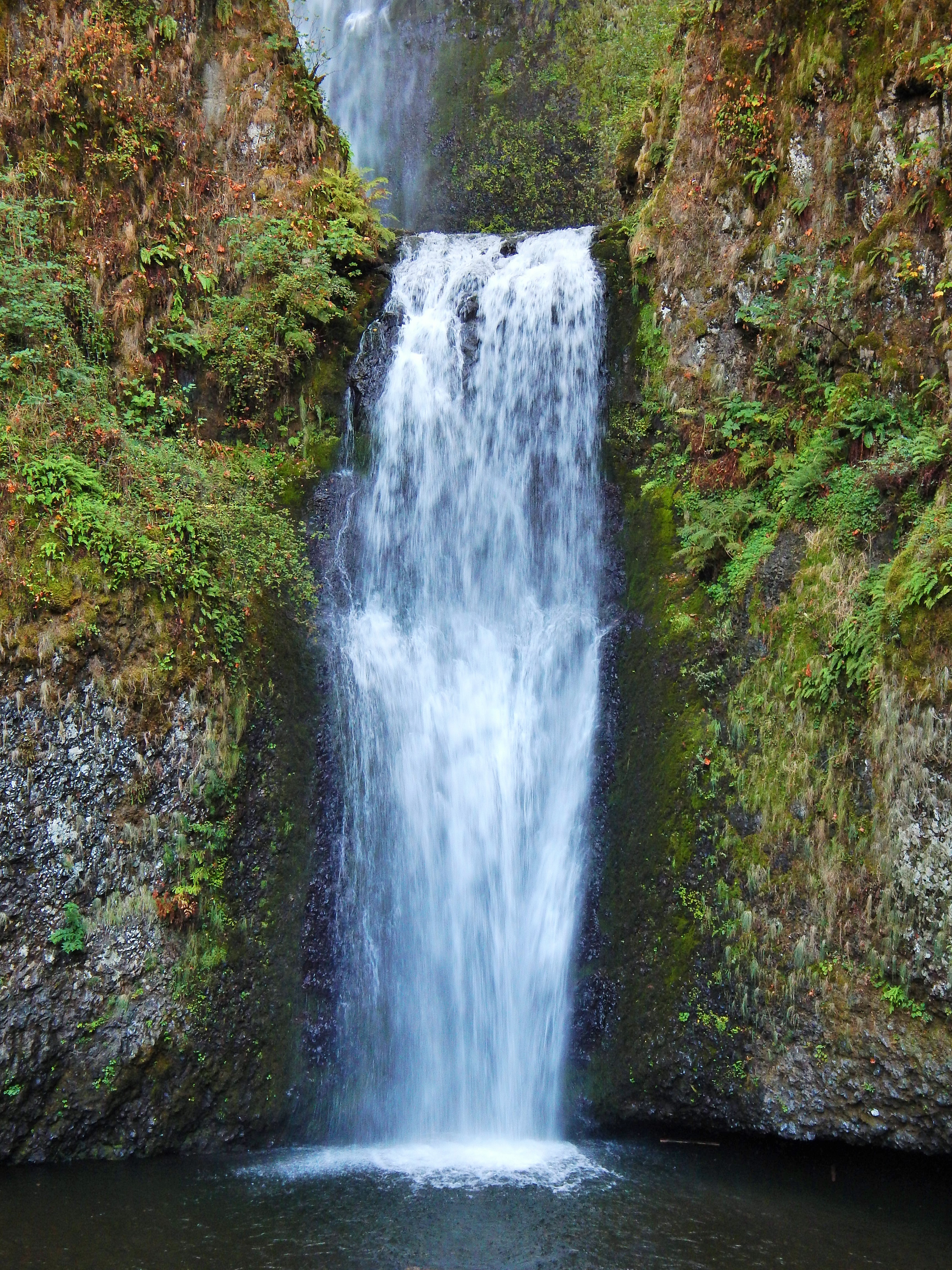 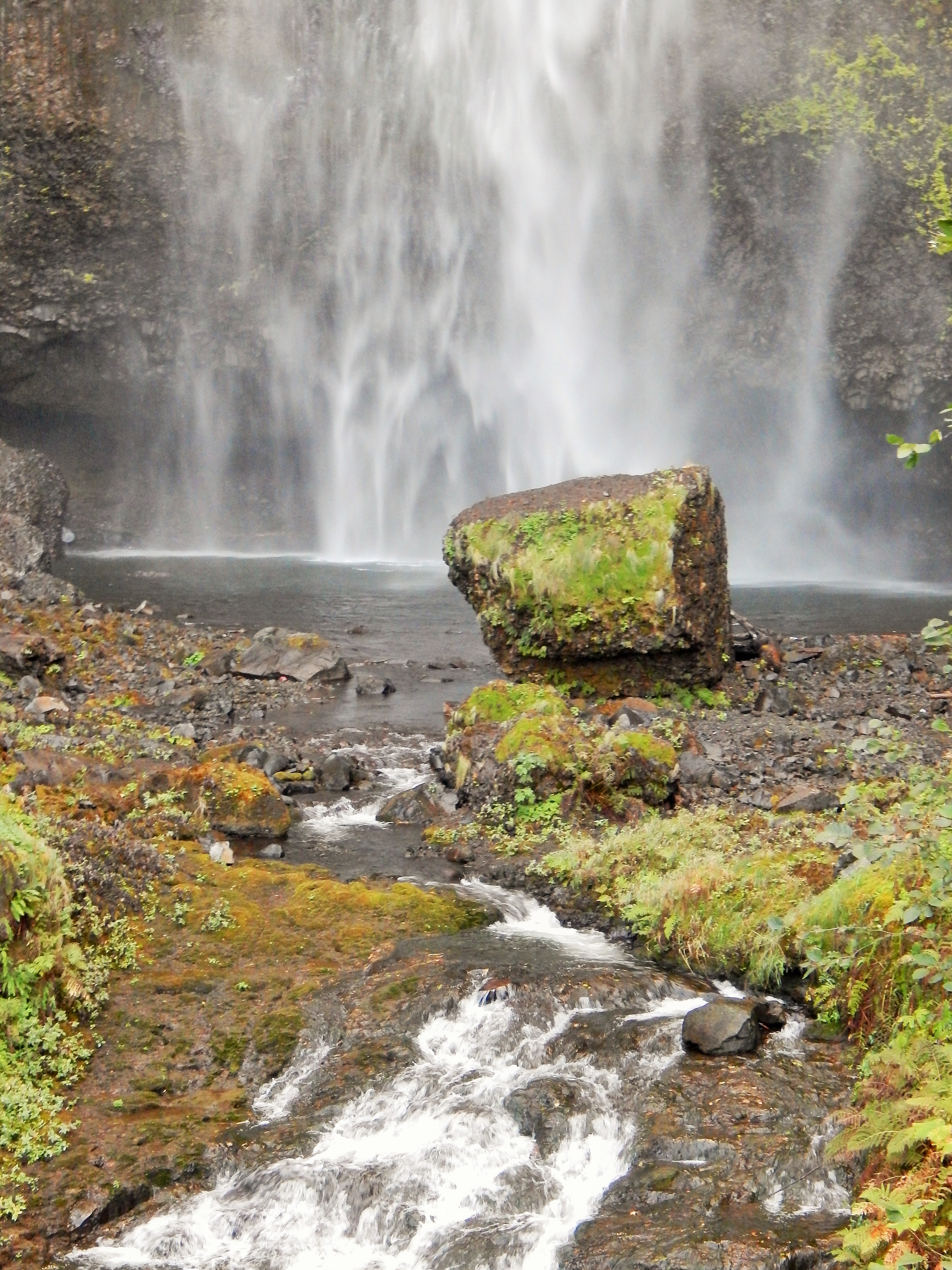 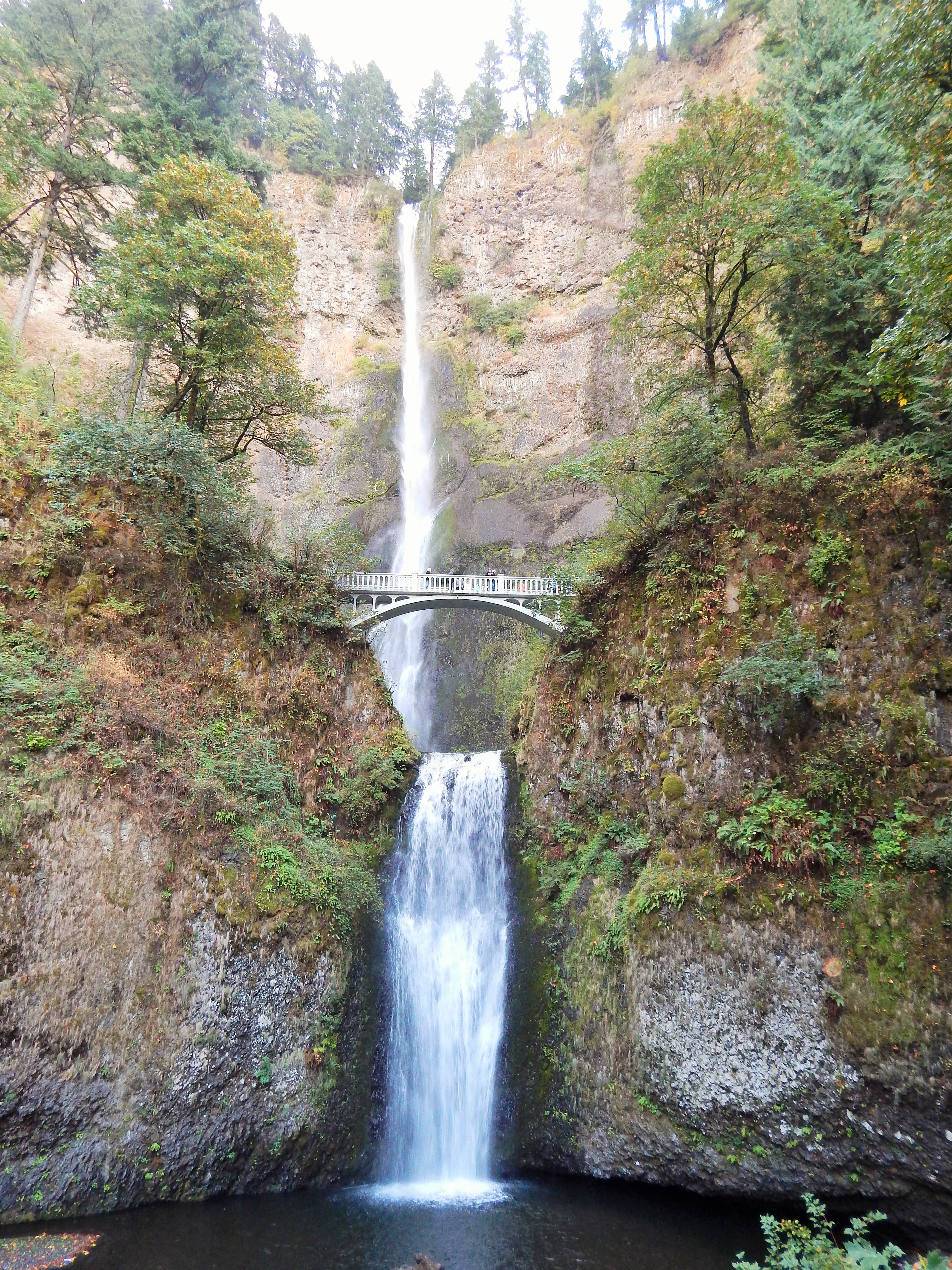 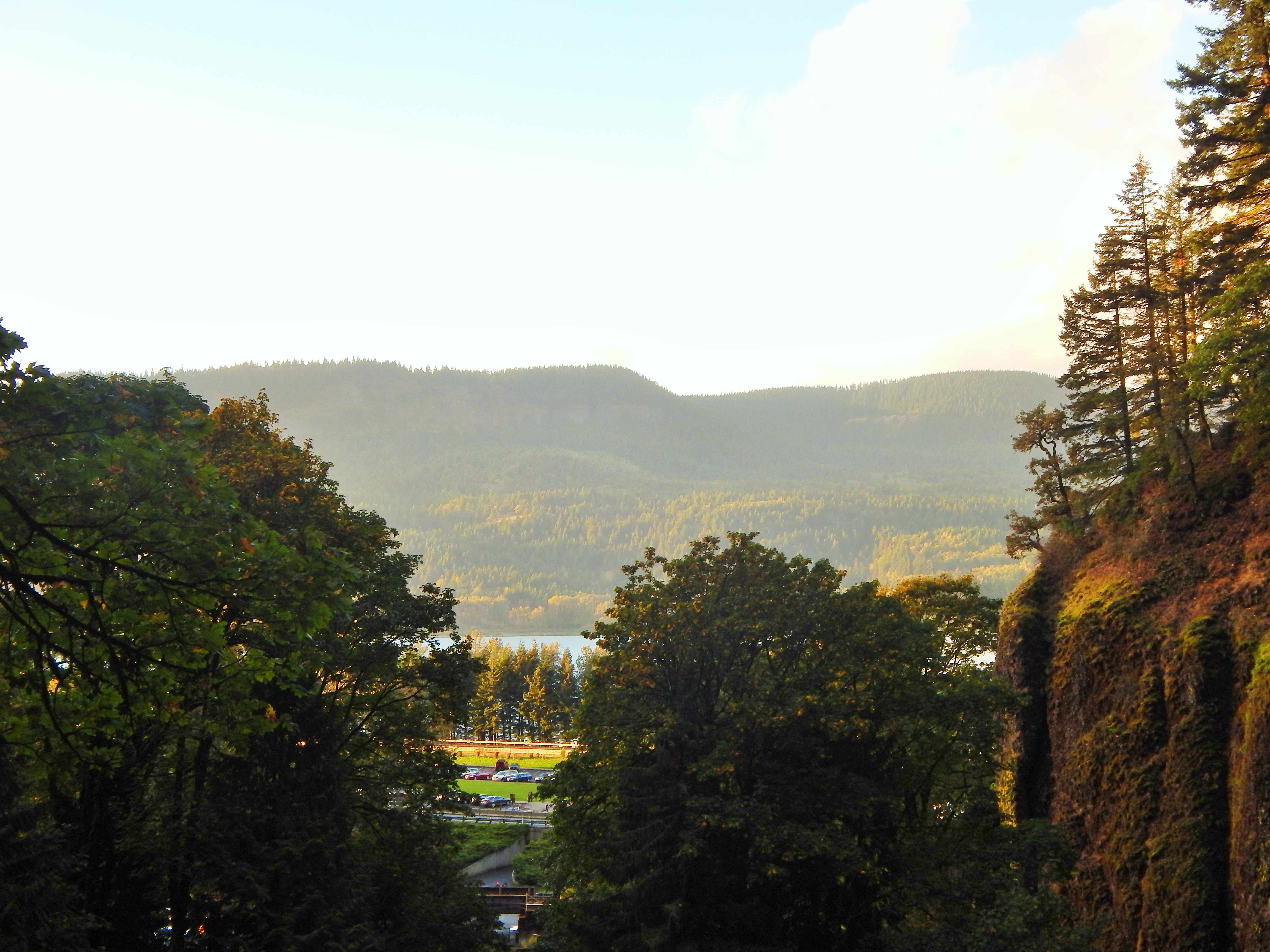 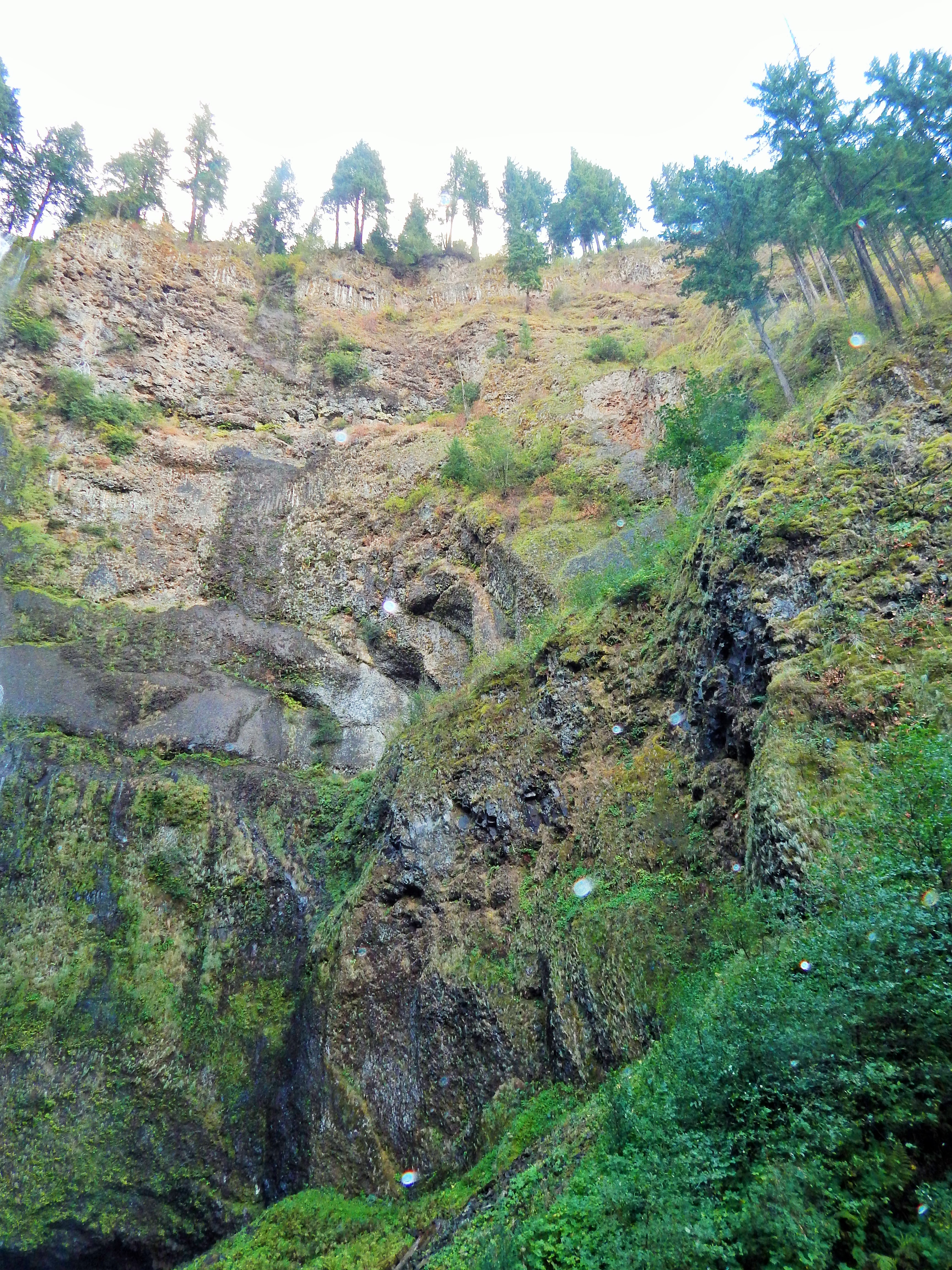 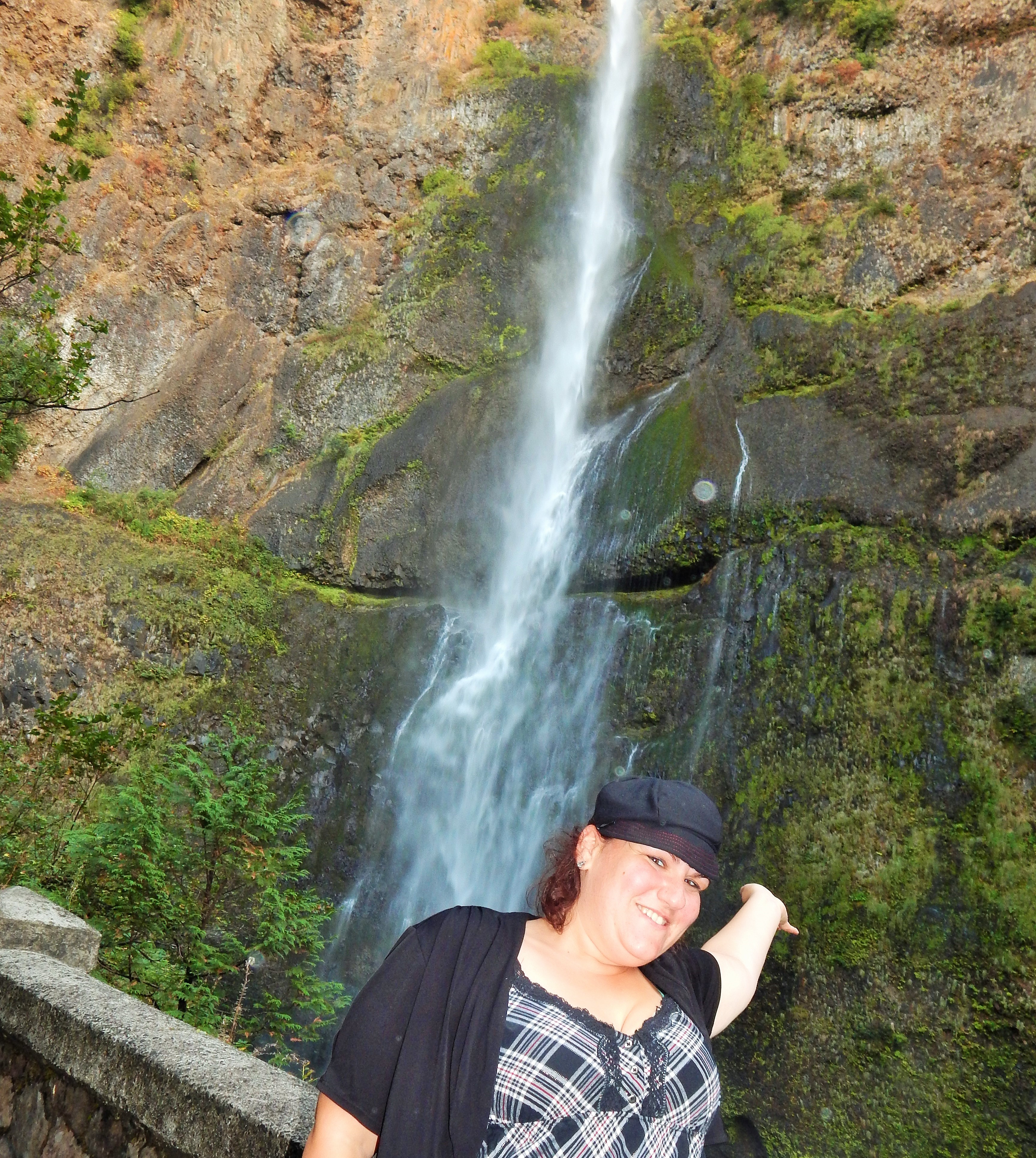 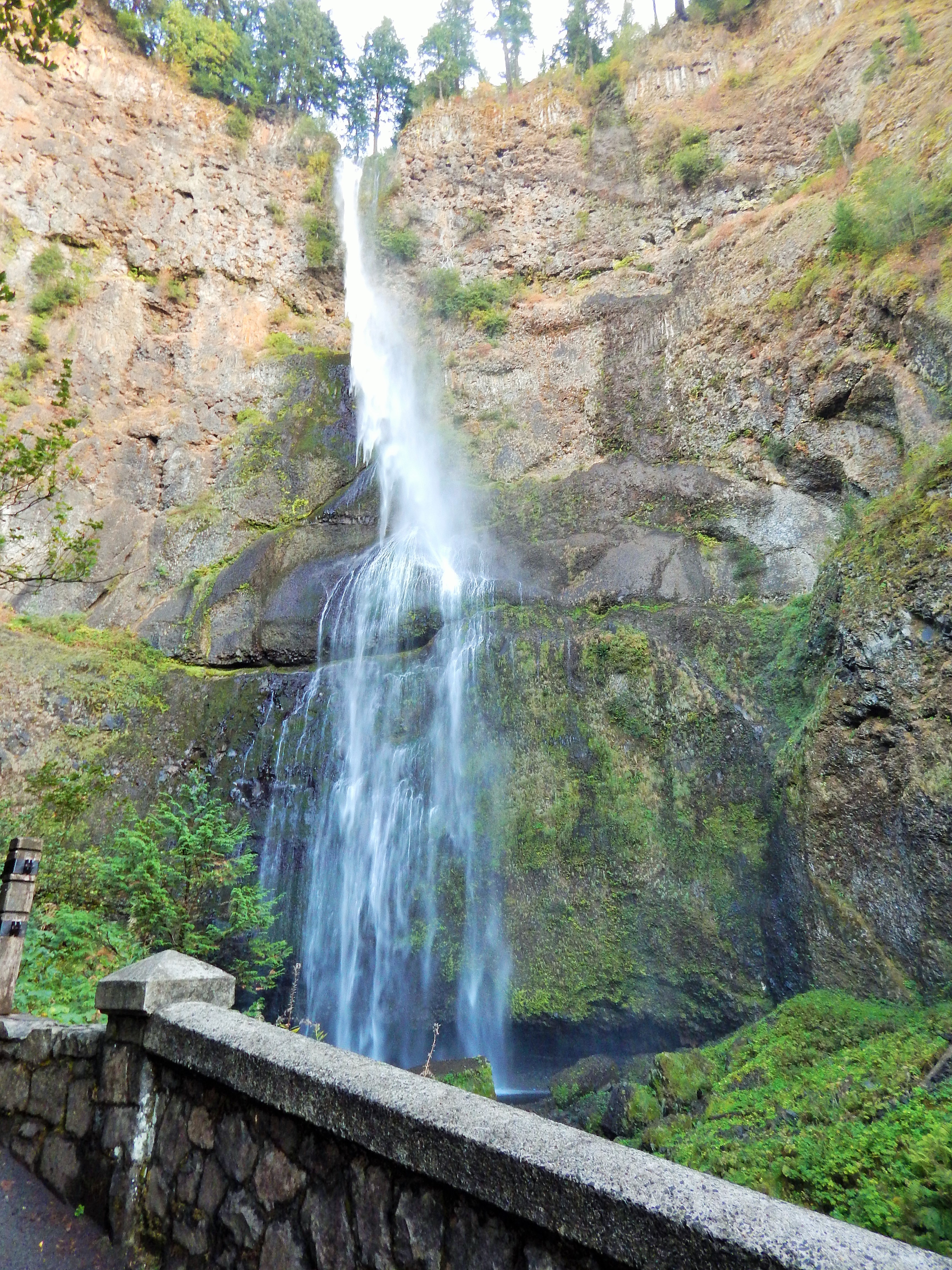 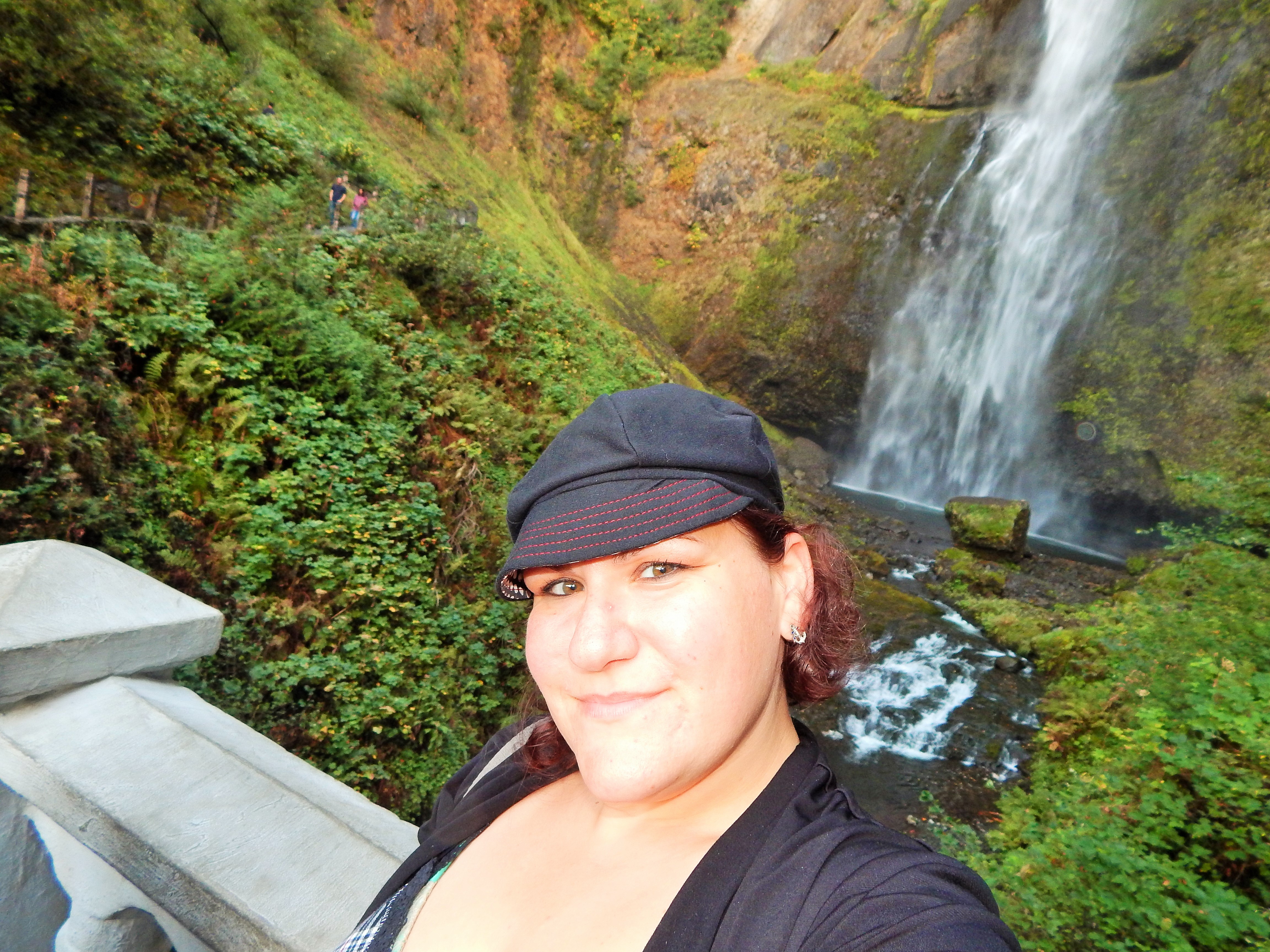