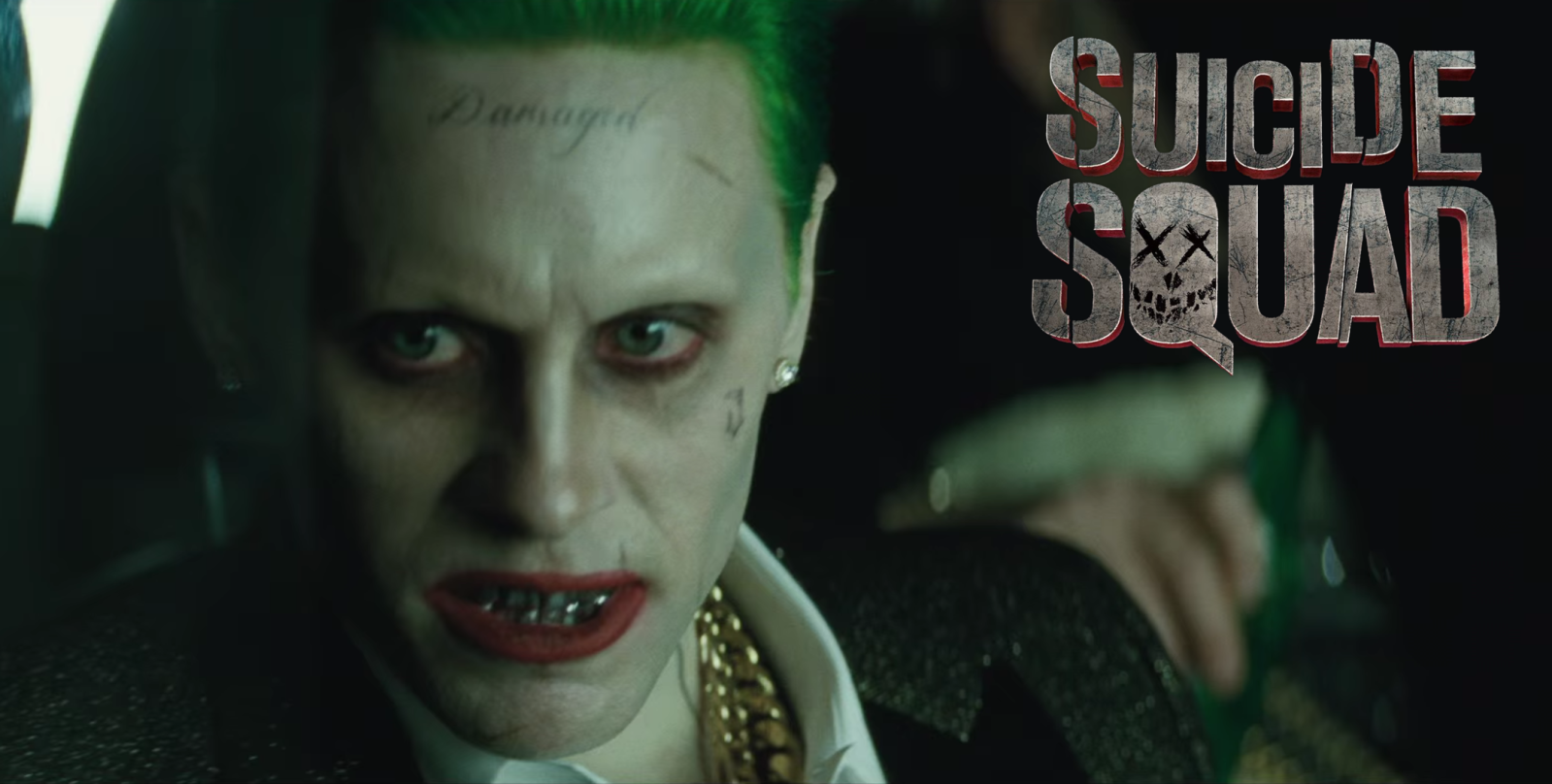 Last night, I saw “Suicide Squad” in 3D, which honestly wasn’t worth the pricier ticket.  I will be blunt about my opinion of the film: I am no comic book junky and I have not watched every single DC movie made, so take my review with a grain of salt.
The Joker scenes were the most enigmatic ones to watch, as expected, but they felt much too little for such a huge hype.  It’s hard to believe Jared Leto went into full-blown method acting mode for such brief screen time.
I understand this was pretty much an introduction to the Suicide Squad, but the story felt rushed and thrown together.  We were introduced to characters incredibly quickly and I found myself wanting to know more.
What the hell was Killer Croc’s story?  I found him to be useless and I wasn’t particularly fond of Captain Boomerang (Jai Courtney) either.  The whole Enchantress thing was just bizarre.  If they had fleshed out the story a bit, maybe it wouldn’t have felt so out of place.
Deadshot (Will Smith) and Harley Quinn (Margot Robbie) were the only two who got decent screen time and back story, though still not enough for my taste.  They made an effort to sum up El Diablo’s (Jay Hernandez) story with one short scene after his silent brooding for most of the movie.
While I loved Margot Robbie’s portrayal of Harley, her on-again-off-again fake New York (Gotham?) accent mixed with her natural Aussie one shining through bothered me at times.
Overall, I found the movie entertaining for the colorful performances by Leto, Robbie and Smith’s natural ability to carry any movie.  I just wish the script was written better.
AN ODE TO JARED LETO
Everyone knows I’m a huge Jared Leto fan.  Like most women my age, I was introduced to Jared as the hot guy who “leans great” in My So-Called Life.  While yes, I thought Jordan Catalano was beautiful and misunderstood, it wasn’t until I became a 30 Seconds To Mars fan in the 2000s that I actually fell for Jared.
There was something amazing, vocally and lyrically about him that I hadn’t experienced with any other music artist.  His adventurous spirit, the fact that he was a self-admitted dreamer, and vegan-ish ways have pulled me in deeper.
And while many criticize him for his method acting or think he is some Hollywood jackass, I found the one thing he truly has in common with Catalano — he is misunderstood.
Or maybe I’m just smitten and have made him into my own fictional character.  Either way, the Jared Leto I choose to love is smart, pithy, gorgeous in even the least likely styles (who else could pull off puke pink pants and a green coat?), dedicated, and truly lives life to the fullest.  And probably the biggest turn on is, he doesn’t give a F about what anyone thinks.
Maybe you hate him, maybe you met him, but like most celebrities, all we have is an image we choose to believe about them combined with what the media would like us to believe.  To that, I say, fall in love with characters, and worry about the reality when it directly involves you or the world negatively.
Enjoy this slideshow of the many looks of Jared Leto!