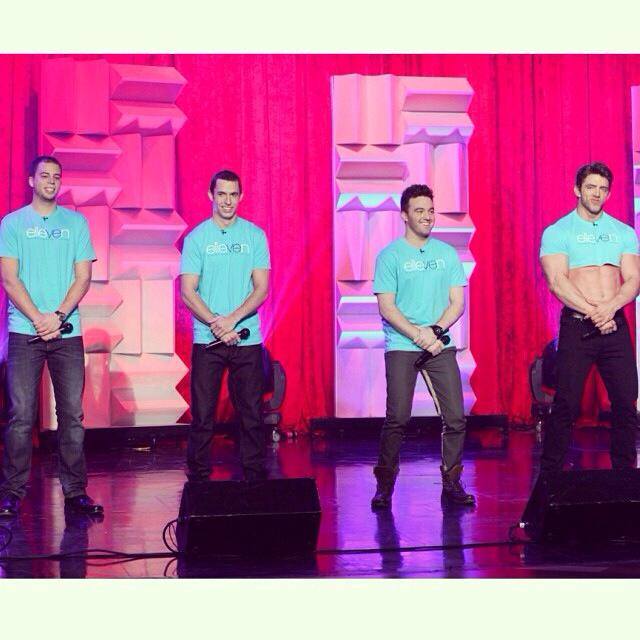 About 10 years ago, I interviewed an adorable 13-year-old singer by the name of Stevie Brock from Dayton, Ohio for StarShine Magazine.  Well, that kid, who let me pinch his cheeks for being so cute with his answers to my questions, is now in his twenties and is as adorable as ever still doing his thing — in an older kind of way.

Stevie recently formed his own boy band on You Tube, called The Cream Pies.  He and his three friends tend to make silly songs, but entertaining nonetheless!  Their “We Love You Ellen” video caught the attention of who else, but Ellen DeGeneres herself.

Ellen played the video on her show last week and this week had The Cream Pies as guests.  They also performed the song.  Check it out: