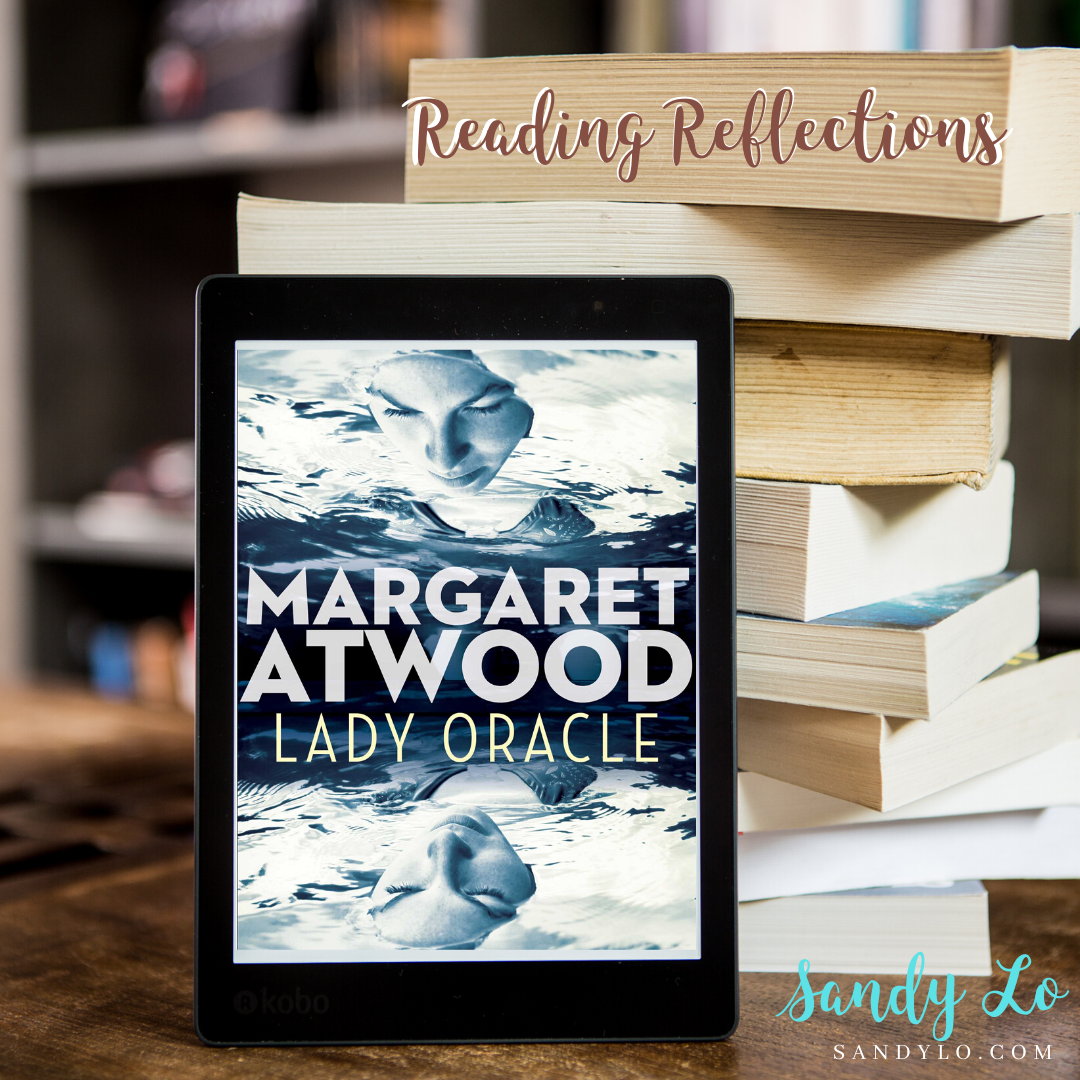 About Reading Reflections This series isn't exactly a book review, but more of a series of thoughts and emotions I felt while reading a novel.

Joan Foster is the bored wife of a myopic ban-the-bomber. She takes off overnight as Canada’s new superpoet, pens lurid gothics on the sly, attracts a blackmailing reporter, skids cheerfully in and out of menacing plots, hair-raising traps, and passionate trysts, and lands dead and well in Terremoto, Italy. In this remarkable, poetic, and magical novel, Margaret Atwood proves yet again why she is considered to be one of the most important and accomplished writers of our time. –Taken from Amazon.com

My Reflection After Reading Lady Oracle

While I was traveling the country years ago, Lady Oracle was recommended to me by Ellen, a young girl I met at Stumptown Coffee in Portland. I don’t remember the reasons why she thought to recommend the book to me. Or if there had been a reason. Now that I’ve read the novel, it makes me wonder if there was something about the main character — Joan Foster aka Louisa K. Delacourt that reminded Ellen of me.

After all, I did have things in common with Joan. For one, she’s a writer and two, she struggled with binge-eating and her weight as well as a toxic relationship with a parent. But, did Ellen know all of that? Did I spill my guts to her about my life story in one afternoon over coffee? Knowing me, I’d say it’s possible. I’m an open book, which isn’t always a good thing.

It could easily be a pure coincidence of the similarities between myself and the protagonist. The thing is, at the beginning of Lady Oracle, I identified with Joan’s exterior and relationships with her parents and even her spiritual powers, but as she grew up — I no longer liked who she had become.

Her choice in men was atrocious in my opinion. I understand the book was written in the 1970s and political activists like Arthur were exciting in that they stood for something, went against the norm, and were rebellious since they didn’t fear getting arrested. Standing up for what you believe in is something to be admired.

However, I don’t remember reading any real joy between Joan and Arthur or any of her other affairs. It never felt like Joan was in control of her relationships — she sort of fell into them and not ever trusting any of them enough to tell them the truth — not only about her past and secret pen name — but about how she felt. She never expressed when she was unhappy or hurt or neglected. Even to her mother, she never told her how she felt — she simply walked out of her life. She walked out of every one’s life to fake her own death. That’s how much she suffered in silence.

Maybe I’m not supposed to like Joan. Or maybe I identify more with adult Joan than I had realized. I’ve always struggled with being truthful with people. I’ve come a long way, but it’s still an instinct to tell people what they want to hear rather than what I feel. I’m glad I didn’t just walk out on my father though — I told him exactly how he hurt me and how I could no longer have him in my life.

At the end of Lady Oracle, Joan is forced into the truth and I wanted her to make the choice on her own volition. Again, this irritation speaks more about myself than it does about the book. Maybe that was Margaret Atwood’s intention — to make us evaluate our own suffering within ourselves and how far will we go to hide it from others.