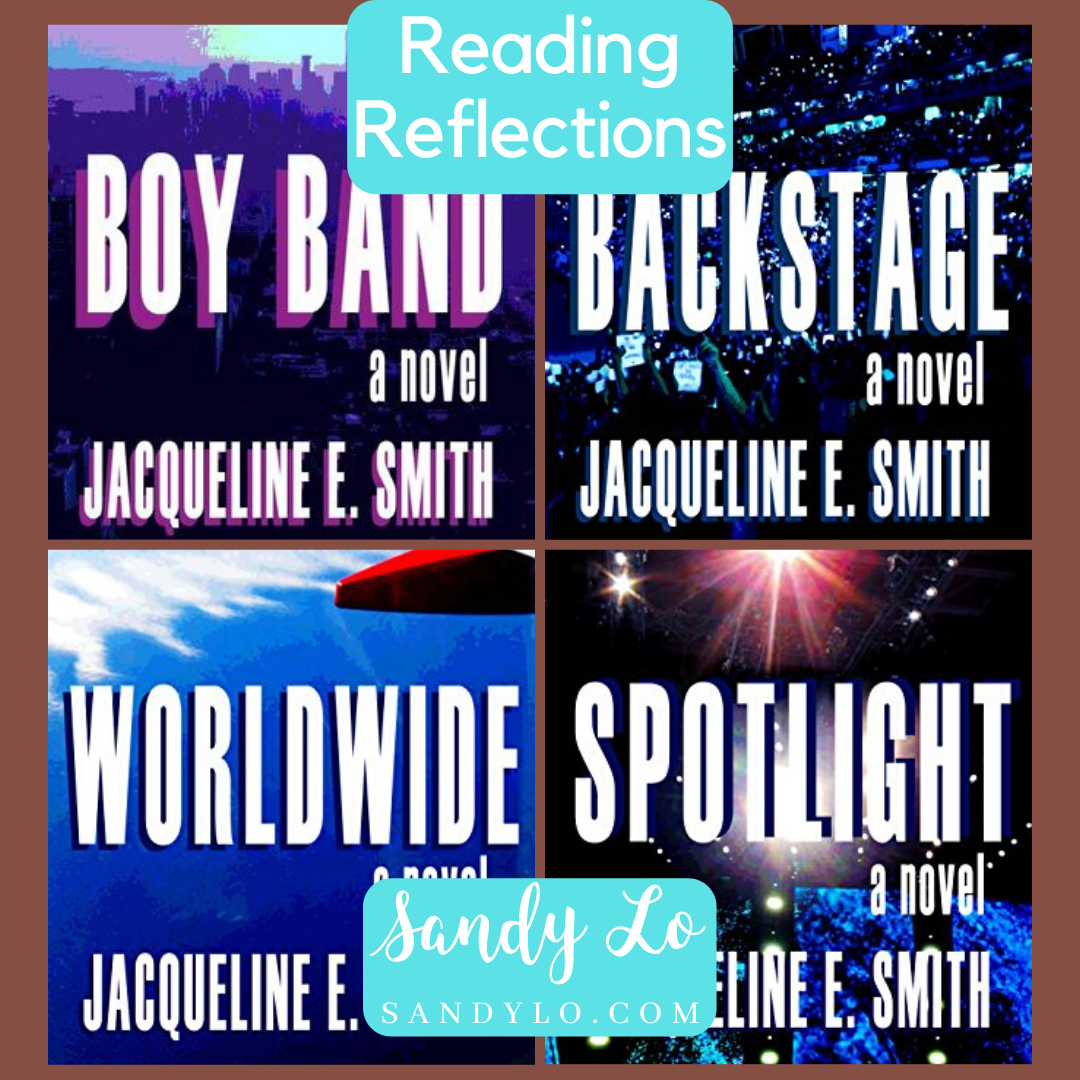 About Reading Reflections This series isn't exactly a book review, but more of a series of thoughts and emotions I felt while reading a novel.

Sam Morneau is Melissa Parker’s best friend. He’s also a member of The Kind of September, basically the hottest boy band on the planet.

After two and a half years, Mel is all too familiar with the day-to-day occurrences that come with being a member of the band’s inner circle, including hectic schedules, passionate fans, and gossip-mongering celebrity girlfriends.

Now, with the release of the group’s third album just weeks away, their lives have never been crazier and Mel is doing everything she can to keep up, all the while trying to cope with the ridiculous rumors that follow the band everywhere they go and pretending that she isn’t harboring a secret and hopeless crush on Sam.

It’s weird enough being in love with your best friend. It’s even weirder when the rest of the world is in love with him, too. –Taken from Amazon.com

My Reflection After Reading the entire Boy Band series

Anyone who has ever met me usually knows one common thing about me: I love the Backstreet Boys! I’ve been a fan since I was fourteen and I will always be a fan.

While I do love other boy bands like 98 Degrees, NKOTB, and One Direction, I don’t love ALL boy bands which is a common misconception about me.

I think most people think boy bands are interchangeable. Each one has the same concept, the same music, the same personalities — bad boy, jokester, the sweet/sensitive one, the heartthrob, etc.

To someone who has been a diehard fan of BSB for so long, I can tell you that I wouldn’t ever trade them in. They’re individuals as much as they are a music group.

I’ve written about many boy bands over the years as a journalist as well as a novelist. Even my debut novel, Lost In You features the boy band Sound Wave (who is also discussed in Book 4 of my Dream Catchers book series). I’ve even gotten to know some boy band members personally through my interviews. Fun Fact: Brian Littrell from Backstreet Boys asked for MY autograph once!

Alas, this reflection isn’t about my love for BSB or me boasting about my cool journalism experiences, although the series did bring up many memories of my fandom throughout the years, especially when I wrote fan fiction.

I want to turn the spotlight (no pun intended) on Jacqueline E. Smith and her fun book series!

Book 1 in the Boy Band series reads as one of those fan fictions I loved to write and read back in the day, and I mean that in a good way. It brings back a youthful, hopeful vibe that I think any young fangirl (and older ones) can relate to, no matter what level of cute fan to psycho you’re on.

Melissa Parker is a solid heroine — she’s likeable and relatable, but she’s also human. She makes mistakes, but usually it’s because she’s thrown between a rock and a hard place.

Her love for Sam, a member of boy band That Kind of September (TKOS), is adorable and it’s the one constant throughout all four books that grounds her and the reader.

Surrounding Mel and Sam’s love is a frenzy of drama from other bandmates, their girlfriends, fans, and the media.

Unlike my reflection of Lady Oracle, this book series didn’t bring on some revelation about myself, other than, I can fall in love with even a fictional boy band. Again, not all boy bands are created equal — even fake ones, so I guess I’ll just have to find more boy band romances to see if that holds true! Haha.

I was oddly drawn to Josh throughout the series. He was often described as playful, flirty, with a lot of little pet peeves. For instance, he doesn’t drink soda because the fizz hurts his tongue.

He is also the only member that doesn’t have a girlfriend throughout the series and I was hoping he would meet someone.

I’m not going to go too deep here into what that says about me — maybe I just like quirky guys and I want everyone to find true love.

If you like boy band romances, check out Lost In You!