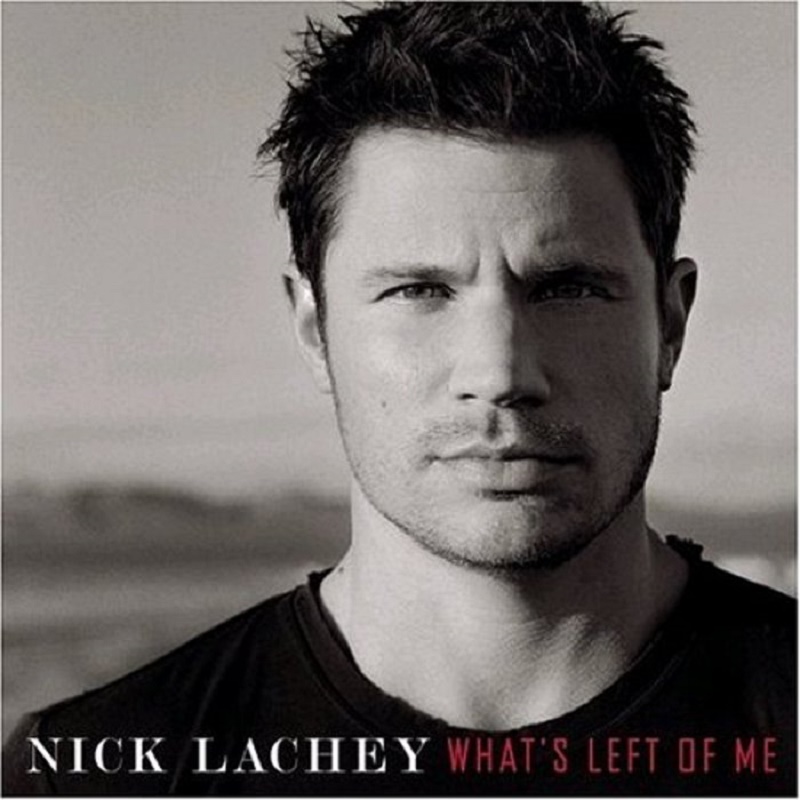 Through pain, fear and a broken heart emerges twelve beautiful songs that we will see as what’s left of Nick Lachey. However, there’s obviously much more to this talented man than viewers of “Newlyweds” saw as Jessica’s husband. Though Lachey’s career started about a decade ago, it was overshadowed by his marriage and now divorce. His first album apart from 98 Degrees didn’t peek out from that shadow much, though SoulO deserved to be standing brightly on its own. Now with What’s Left of Me, Nick Lachey seems to have found exactly the right moment to stand on his own as a male solo artist. The album debuted at #2 on the Billboard 200 album charts and Lachey’s title track has been swarming airwaves and TV stations around the country.

Lachey truly masters the art of songwriting on What’s Left of Me. His words cut into your heart, but his strength gives you courage to move on from your broken heart along with him. “What’s Left of Me”, “I Can’t Hate You Anymore” and “On Your Own” brings insight to Lachey’s experiences, while “Beautiful” makes millions of women, young and old wish he was singing it to them. “Shades of Blue” and “Outside Looking In” will get stuck in your head, but “Resolution” will put you in a mellow, inspired mood.

Nick Lachey is a pure artist bringing an art back to songwriting. Lachey’s music can draw out so many emotions. Each track tells a piece of a story. Sometimes you cry and other times you smile, but overall you feel empowered by it all. What’s Left of Me is an album for everyone: the true romantic, the cynic, the lost and the found.

Pick up What’s Left of Me in stores and on iTunes now. Check out nicklachey.com for more information.