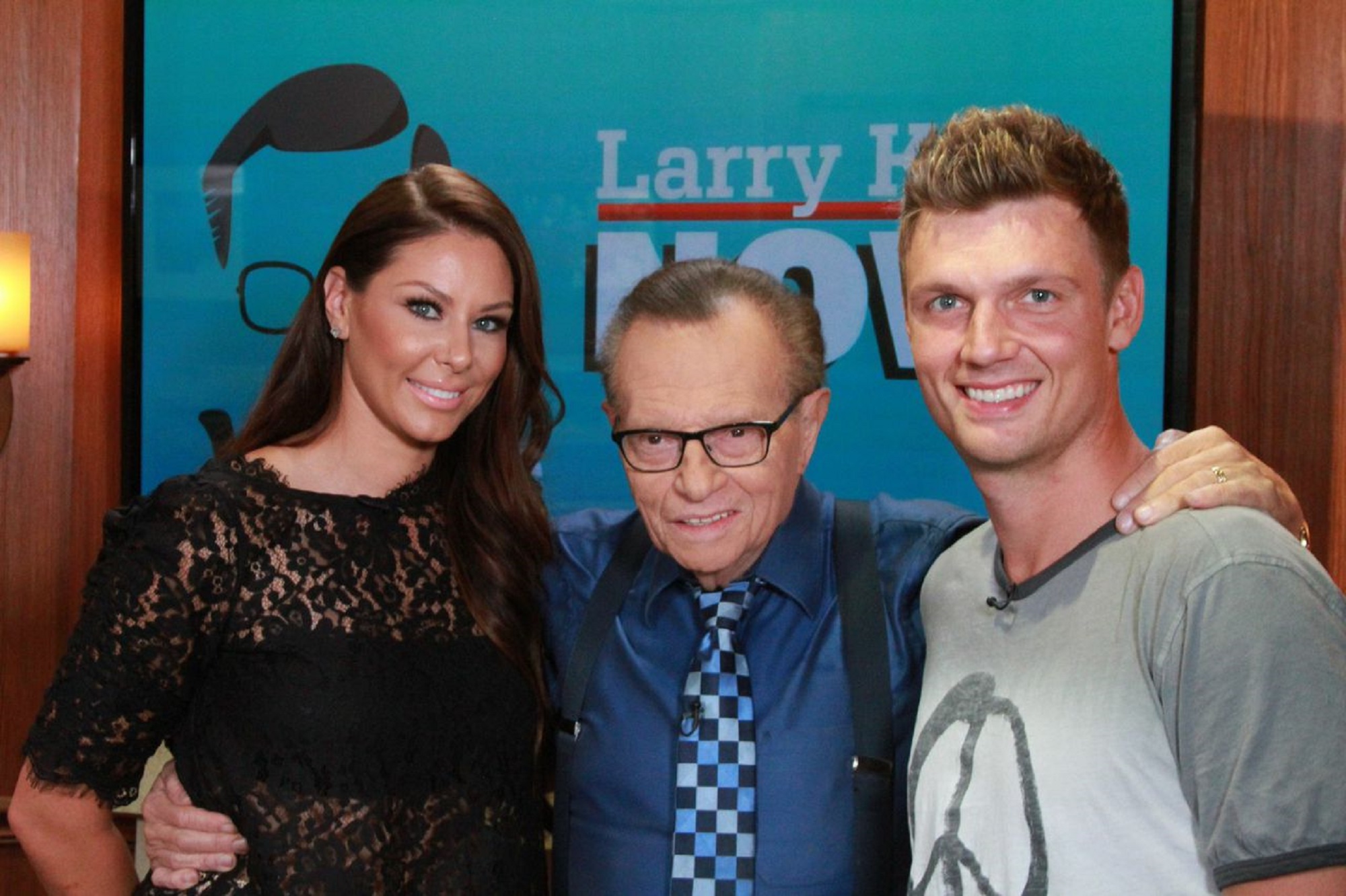 Nick and Larry chatted about what happened when the boy band craze slowed down and Nick had some personal time to try and better himself, “I personally went through those same things that Bieber’s going through right now, except it didn’t have social media to expose it to the degree that it is right now.” The former backstreet boy told Larry that his wife, Lauren, was his rock through his drinking problem, “It was difficult for me to find someone who related to the things I had gone through. […] I’m deep and I’m screwed up. I need someone else like me.” (clip below)

On his ‘competitor’ Justin Timberlake – “I am proud of him, I am happy for him that he has made the best with the opportunities that he was given. For me, I wasn’t necessarily in the right space to do the same things,” Nick explained.

Nick and Lauren concluded their interview by answering social media questions from some of their biggest fans including the craziest thing a fan has done on the current Backstreet Boys tour, if the BSB boys gave a speech at the wedding, if he would duet with his brother Aaron and why he thinks the best has yet to come.