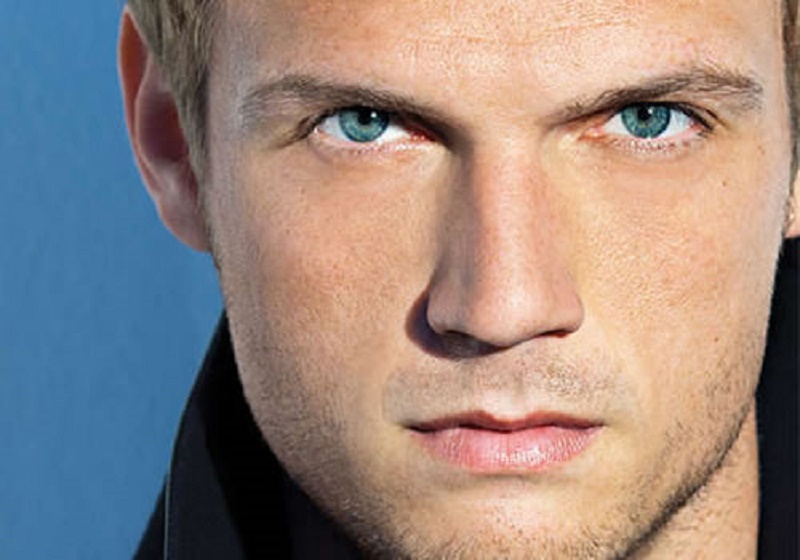 The line to get into the Cannery Ballroom in Nashville was wrapped around the building.  Girls were dressed in flashy sequined outfits while some guys were simply dressed in a Backstreet Boys t-shirt.  Yes, guys were in attendance–some even straight!  107.5 The River hyped the show for several months, especially on-air DJ, Intern Adam, who came out on stage that night with one of Nick Carter’s biggest fans to announce him to the stage.

Before Nick hit the stage, though, the crowd fully welcomed his opening act, Guinevere.  She performed with two back-up dancers and showed off her moves along with her vocal chops.  Pumping out cover songs of pop queen Kylie Minogue’s “Can’t Get You Out Of My Head” and Bon Jovi’s “Livin’ On A Prayer”, Guinevere had the crowd singing and moving along as if they’d known who she was prior to the show.  Original songs like “Crazy Crazy” and “Liar” also had the crowd going wild.  “Crazy Crazy” can now be requested on radio.  Hopefully we’ll hear from Guinevere in 2012.  Check her out at: www.thisisguinevere.com.

As for the main event, Nick Carter came to the stage with theatrics that no fan of his was surprised by.  He has always been fascinated by aliens, and in honor of that, Nick made his grand entrance wearing a space suit complete with helmet and American on his sleeve.  Even his band members donned similar costumes.  Fittingly, Nick began the show performing “I’m Taking Off”.  The song is not only the title of his latest solo album, but also the name of the tour, which runs through February 12th before he hops back on the NKOTBSB tour this spring.

Nick mixed into his stage show some of his own guitar playing, a few dance moves, and gyrating for his screaming fans with the tease of taking off his shirt throughout the night.  He surprisingly only sang three songs from his 2002 debut album, Now or Never, and filled the rest of the show with his newer songs, a couple of rock covers and a few BSB songs.  The entire show was full of energy and Nick’s vocals were on point throughout–whether he was belting it out or seducing the crowd with toned down notes.

The biggest highlight of the night was Nick’s intimate performance of “Falling Down”.  He played acoustic guitar with no other musical accompaniment but his voice, and the audience–if Nick didn’t own them already–were now his.  Other songs like “Do I Have To Cry For You”, “I Got You”, “Burning Up” and “Just One Kiss” had everyone screaming, dancing and swooning all at once, it seemed.

It was nice to see how Nick Carter has really grown into a confident music artist, both on his own and within the Backstreet Boys.  What’s just as nice is how fans and media have been receiving him with open arms.  (Journey pun intended.  After all, they are Nick’s favorite band.)

A huge thank you to Intern Adam at 107.5 the River for hooking me up!  Follow him for all the juicy entertainment info and great laughs at: www.twitter.com/internadam.

2 Comments on “Nick Carter Puts His Space Suit On…”