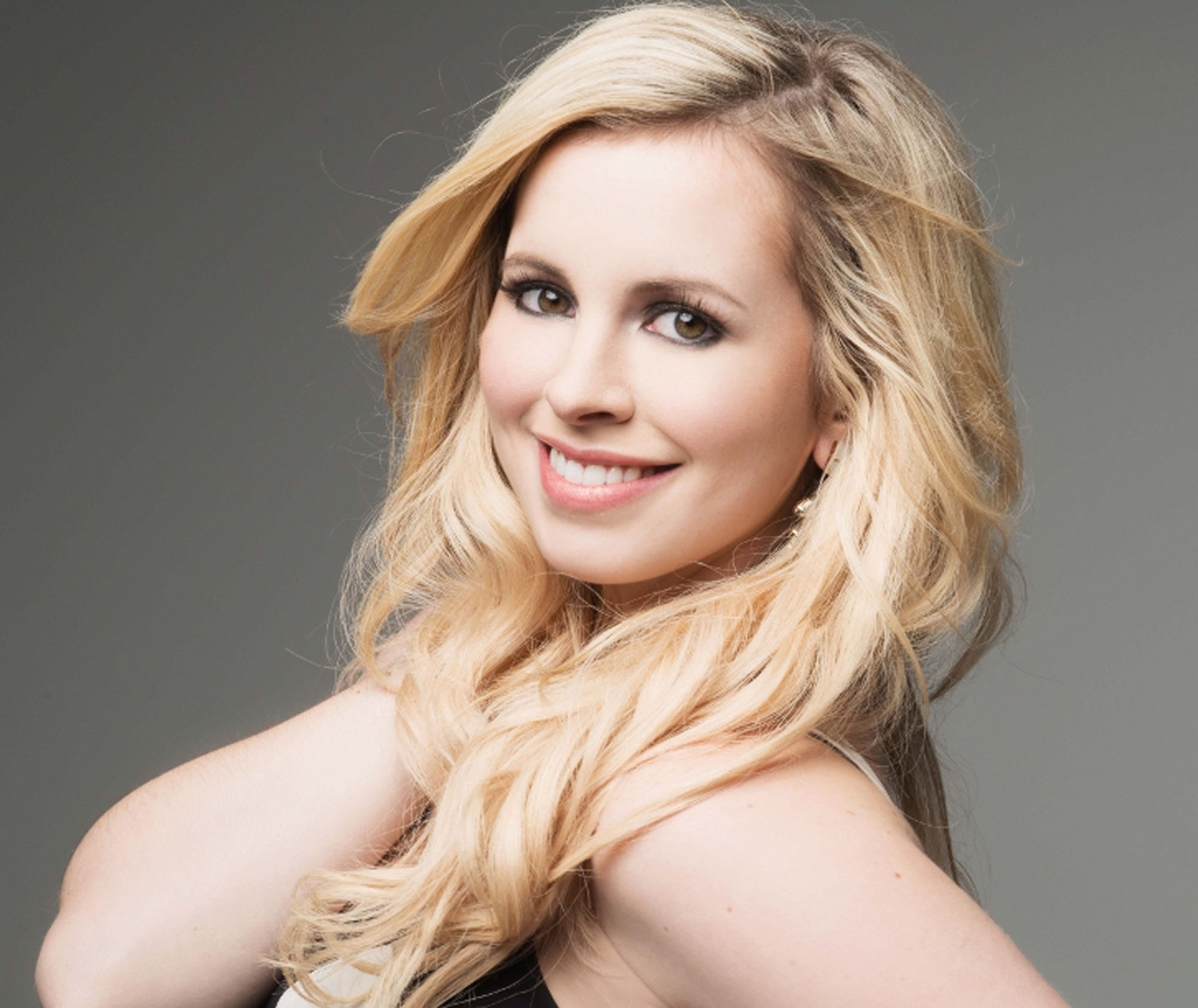 I met Lauren Winans years ago in New York City through an industry contact.  We kept in touch via social media before bumping into each other while I was living in Nashville.  Small world!  Naturally, I wanted Lauren to be one of my first music features in Half Full.

If you’re not familiar with this Southern beauty, you should check her out.  Lover of animals and all things girly, Lauren is bubbly and sweet, but with a kick-ass attitude that comes across in her music. Half Full Magazine: How’s everything?  Are you still loving Nashville?

HF: Let’s talk about your new single, “Better At Breaking”.  Can you tell us what the song is about?

HF: Did you draw on any of your own experiences when writing that song?

LW: Um, a little bit.  I think every girl has kind of had that heartbreak, but we were all just feeling it at the time.  It didn’t take any effort to think about, we just wrote it.

HF: I like when that happens! Let’s talk about your LipSense colors.  You have two lipsticks now, correct?

HF: How did you get involved with that?

LW: You know, I love make-up.  I wear make-up every single day, gotta be with it.  So I’m always checking out the newest trends, what’s cool.  I love knowing that LipSense will stay on my lips the entire time I’m performing or at an appearance.  We just got together with them and they decided, “hey, let’s make a color”!  And then the second color came, you know, after the new song.  It’s just really cool to have your own lip color, for sure.

HF: When do you think your EP will be out?

LW: Hopefully by the end of summer, but with the music industry, you never know what will happen.  We can record something and then end up hating it the next month.  So I don’t want to say for sure yet.

HF: I heard you wrote a song with Phil Barton, who is a friend of mine.

LW: Yeah, we wrote “Loser” a couple of years ago.  It’s actually finished and mixed.  It’s going to come out on the EP.

HF: Tell us about the reality show you’re working on.

LW: It’s been very hard.  It’s going to be web-based, unless a network wants to pick it up.  It’s showing everything that I do on a daily basis and how I’m going about the industry in my own way to make it, you know?

HF: Awesome.  So I hear you’re an animal advocate.  Can you tell us a little bit about some of the work you’ve done?

LW: Yeah, I’ve done a couple of public service announcements in the past few years.  I did one for Happy Tails Humane in the Nashville, Tennessee area.  Then I did one in West Virginia called P.U.R.R., and they’re basically a cat rescue.  Now I have created my pitbull a Twitter.  He’s got over 400 followers within the past two weeks.  I’m pretty proud of him! [Laughs] It’s called @PiggyThePitBull and he tweets about our daily adventures, and what I’m doing new with music, and just fun stuff that’s been going on.  It’s really cute.  He’s very social with everyone on there.  They ask him questions and he tweets pictures and other girl dogs send him doggie selfies, it’s so cute.

HF: That’s adorable! Now, years ago when we had talked, you were singing more country music, and now you’ve moved towards pop.  Can you tell us why you made that transition?

LW: I have always loved Britney Spears more than anything musically.  It just made sense–the things I wanted to say, the way I sang, the way I wanted to be marketed just wasn’t very country.  I know you hear people say all the time, “they were making me do stuff I didn’t want to do”.  And then you’re like “Oh yeah, I feel so bad for you, not! You’re still making millions of dollars.”  Well, I’m not making any money yet, but… [Laughs]  The point is, it does happen.  You do get unhappy when you’re being portrayed as someone you’re not.  That’s a true story, I’ve definitely been through that and did not like it.

HF: Was the transition pretty easy for you?

LW: Yes, it was so, so easy and it was very natural.

HF: How has Nashville received you as a pop artist versus a country artist?

LW: It’s definitely harder, but I like to live in Nashville.  I’m very much into the easy to get places kind of thing.  I don’t want to sit on the interstate for hours.  I like Nashville, I like the people.  It’s kind of interesting how they’re taking it.  There are some pop people here, but then there are people that are stuck on country.  What I don’t understand is, a lot of country is country/pop now.  But they can’t see past the word pop.  It’s definitely interesting.

HF: What was one of the best moments of your career to date?

LW: Oh goodness.  I just had a show at the Opry Mills Mall, which you know is the big mall here.  This group of children came and sat in the front row and I got off stage and this little girl said, “Oh my God, I never met a real pop star in life before.” So that was definitely worth getting up there and singing.  To them, I am a pop star, even if I’m not to the rest of the world yet.  They just see me as a singer that they like so they were fans and I think that is really awesome.

LW: That’s a hard question.  I’d say never take anything for granted.  Be extremely thankful for what you’ve woken up with and what you still go to bed with.  Just keep working at what you want to do.  Anything is possible if you put your mind to it.

Stay tuned for your chance to win some great merchandise from Lauren Winans in our Giveaway!