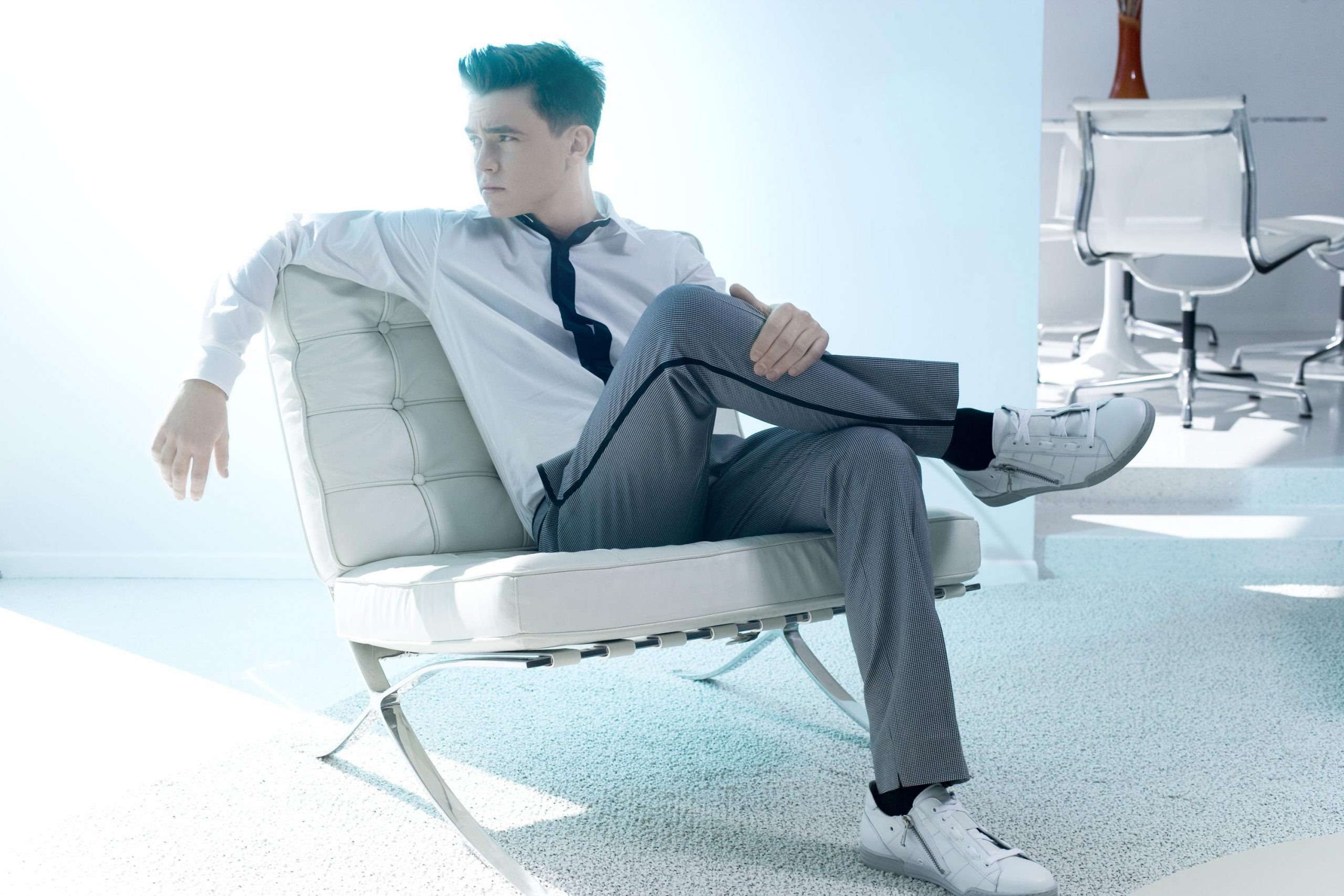 Departure, the third album by pop star Jesse McCartney has officially landed him in a cozy spot in Hollywood, which is why it’s being re-released on April 7th with four bonus tracks he co-wrote. The multi-platinum album was the outcome of years of performing in a boy band, (Dream Street ring a tiny bell?) and singing for Radio Disney crowds with his teeny-bopper hit “Beautiful Soul”. He also acted on successful TV shows like All My Children, and not so successful ones like the potentially sound, but ultimately short-lived Summerland.

Wait—how old is this kid? Oh yeah, he’s only 21! Though his latest, matured hits “Leavin’” and “How Do You Sleep?” have opened McCartney up to a wider audience—for him and his already loyal fans—this is where hard work finally pays off. However, fame comes with a price. McCartney regrets not being able to reach all of his fans. In a recent interview, StarShine asked him what his response is to fans that can’t access him in a crowd while others can.

“The fans are so dedicated and loyal, and of course I want to spend every minute I have with them before and after a show. The problem is sometimes there’s so many of them that come to hang out. It’s inevitable that somebody might get slighted, ya know?” he reasons. “After a long show, to sign three-hundred autographs and take three-hundred pictures with every single person outside of a venue, it’s a little unrealistic.”

“Unfortunately, someone’s going to feel like I’m snubbing them, especially with the really hardcore fans—if it doesn’t all go the way that they saw it—it’s hard for them to accept that, but I do whatever I can for them because they are the reason I have my career.” At the end of the day, he just hopes they know he appreciates them.

Coinciding with the release of Departure: Recharged, McCartney began his six-episode stint on ABC Family’s TV comedy, Greek, on March 30th as a college freshman named Andy. “He’s really green and trying to get used to being in college, specifically in a fraternity,” he discusses the role. “He has to choose between these two frat houses.”

McCartney was excited to be back on television and working with some of the same writers from Summerland once again. “The biggest difference for me is that it was a comedy for once. It was definitely a lot fun working with those guys who are great actors.”

Though he wasn’t giving anything away, Jesse McCartney assured StarShine there will be more acting in his future. “That’s one of my biggest goals for the end of ’09 into 2010 is to really have some more film stuff in the repertoire.”

When asked about the best moment in his career, McCartney didn’t list hearing his song on the radio for the first time or getting a platinum record—it was something a little deeper than that success. “I think having a big number one hit song I didn’t record was pretty amazing.” He is of course talking about the song he co-wrote with Ryan Tedder, “Bleeding Love”, which was Leona Lewis’ breakout hit in case you were living under a rock the past year. “Having [Leona Lewis] get nominated for a Grammy—that whole chapter in my life—you know, really getting validated as a writer—really opened the door for me as a writer and definitely built up the credibility.” McCartney plans to expand his songwriting credibility soon enough. Recently, he’s been in the studio writing more songs for Jordin Sparks as well as Toni Braxton.

Speaking of songwriting, Departure: Recharged’s last four tracks offer a taste of Jesse’s abilities with a pen. From the romantic “Oxygen” with its falsetto chorus and the tortured love story of  “Crash & Burn” to the sexually charged “Body Language” and the intoxicatingly alluring addiction of “In My Veins”—the extra songs are worth the purchase of the CD! Plus, the remix of “How Do You Sleep?” featuring Ludacris has been included as well.

“I feel like it’s a step in the direction of the next album. It’s a little bit more rhythmic, R&B direction,” McCartney says, leaving it open to ask about possibilities for the next record. “I definitely want to go a little bit more R&B, but as far as the content or what I want it to sound like—it’s hard to say at this point—I haven’t really thought about it. I’m still working on this one,” he laughs.

If the next album is anything like Departure, he’s sure to have another hit on his hands! If you haven’t bought the original CD yet, the new one is well worth your dollar. With familiar songs like “Leavin’”, “It’s Over” and “How Do You Sleep?” to R&B/Pop sexually suggestive and fun songs like “Into Ya” and “Freaky”—this is a well-rounded album for any fan of Jesse McCartney and this genre of music!

You can purchase Departure: Recharged online at Amazon.com or at most music retailers. Be sure to catch Jesse McCartney on Greek Mondays on ABC Family at 8pm EST. For more information, go to: www.jessemccartney.com.