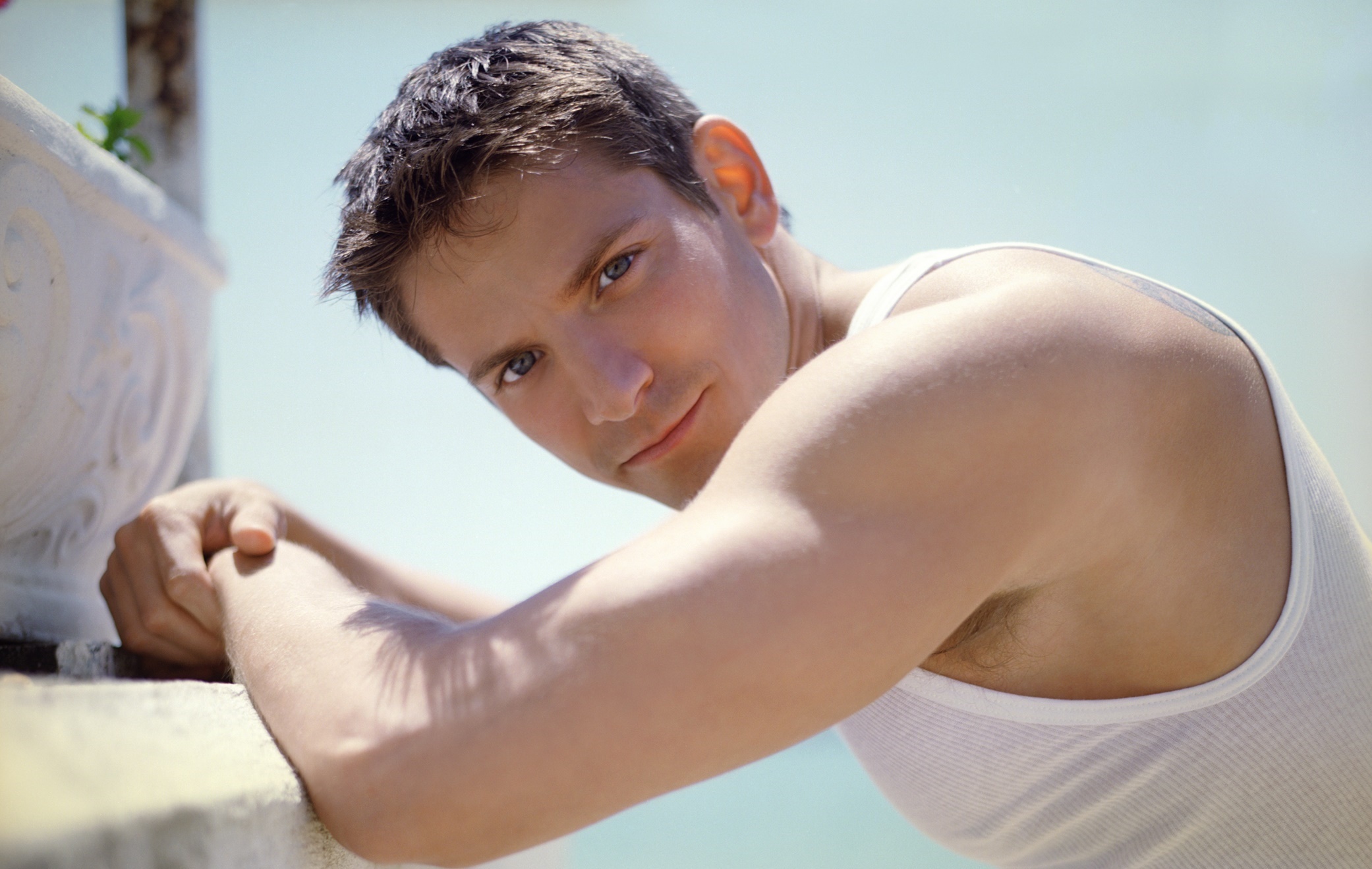 It’s been five years since StarShine caught up with Jeff Timmons of 98 Degrees fame when he released his first solo album Whisper That Way.  Since then, Jeff has been devoting time to his two children and experimenting in the studio.  Oh, and there was that VH1 reality show, Man Band in the midst of all that.

“I did that show because VH1 promised a lot of stuff for when my solo record comes out,” Jeff says of the short-lived series that also featured former boy banders Chris Kirkpatrick (*NSYNC), Rich Cronin (LFO) and Bryan Abrams (Color Me Badd).  “I don’t think any of us on the show had the intention of forming a band. I think all of us sought opportunities for ourselves and of course, going into it, we all knew they were going to make us look bad and look like we weren’t successful. Not very many people watched it and pretty much everyone has forgotten about it.”

Jeff went on to say he thought the TV show portrayed him in a bad light.  StarShine had to agree.  Anyone who has ever met Jeff Timmons for even a few minutes knows he’s easygoing and friendly, not the difficult guy who wants to turn his back on something.

“I was talking about leaving, but of course they never put why I was leaving. They thought I was talking about leaving because I thought I was too good for the show and all that. But that’s definitely not the case. It was my daughter’s birthday and they were like ‘we’re not letting you see her’. They wanted us to look pathetic. That’s the risk you take being on a show like that. I wouldn’t trade the experience for the world. It taught me a lot. It stretched me and took me out of my comfort zone.”

Thankfully, reality shows are in Jeff’s past and big plans are in his immediate future.  He’s been working on a distribution company, called iamMedia, set to launch this fall.

“It’s a multimedia distribution company that capitalizes on point-of-sale real estate in high traffic stores. What that means is, basically with the way CDs are not selling–and it’s not necessarily because of downloads–it’s because they’re not available anymore in major retail chains. A lot of the record stores are closing. Wal-mart is kind of shrinking the space where they’re selling the CDs,” he explains.  “I’m going to be putting CDs in all different kinds of stores that don’t carry them. Taking elements of what works for Starbucks by putting CDs at the checkout counter and then putting them all over the country–grocery stores, convenient stores, truck stops, gas stations, high traffic clothing stores. We’re going everywhere.”

Along with four “very strong partners”, Jeff took the time to develop this concept, which will feature artist videos and commercials with the CD displays.  iamMedia already has a distribution deal with Universal Records, but also has the ability to put his own CDs as well as other independent artists in the display.

Coinciding with the launch of his new business, Jeff is releasing his sophomore solo album.  “It’s a little bit different.  With Whisper That Way, I just come off of 98 Degrees and just gotten married and kind of wanted to stay home,” he explains.  Always having a passion for working in the studio, he even helped out with producing on 98 Degrees’ albums, he wanted to try it out and get a feel for things on his first CD.  “That album came at a time when I was going through a lot of turmoil in my personal life. It’s kind of a dark, boring, slow album–not a lot of excitement. I’m very proud of it, but it was my first try.”

Now with the new album, Jeff says it’s a different story.  “I know how to use the studio, I know what I want to hear. I got together with some of my buddies and we just vibed in the studio, kicked back and had a good time and wrote whatever came to mind. If we wanted to have some fun, we might of had some uptempo clubby stuff. I’m rapping on some of the stuff. Playing all the instruments on a lot of it. It’s a lot of fun.”

Jeff assures his fans that they’ll definitely still be the 98 Degrees sound on some tracks, but also includes influences from Michael Jackson, old Motown groups and some Euro flavor.

Aside from slaving in the studio on his own album, Jeff has been producing for others like upcoming artists Tawny Heath, Victoria Hamilton and the rock band Out of Grey.

Jeff also has big ideas for his album release party–a Caribbean cruise!  He already has many people on board–literally–to take part in this unique promotional project.  Sponsors, press and celebrity guests are all going to be part of this televised event.  “It’s going to be something kind of never done before,” he says.  “It’s not something people are going to have to pay a thousand dollars to go on.  I’ve been getting so much support since I’ve been blogging about the idea.”  Jeff promises to send us all the details for this not to miss cruise party as he gets them, so stay tuned to StarShine!

The last thing we had to talk about with Jeff is his wonderful fans.  Being in the music industry for the past fifteen years, he has been able to see the way technology has changed his connection to his fans through Twitter and MySpace.  “I like keeping in touch with them. In the beginning, I would try to e-mail every fan back. Some of the other guys [98 Degrees] were like ‘you can’t e-mail every fan back’. I tried for a while, but then it got a little overwhelming. I like the ability to reach out to the fans and talk to them. I like to get a lot of input from fans. I think it’s fantastic.”

Finally, we asked Jeff what he’d like to say to all of you.

“I’d just like to thank everybody for all their support through the years. Get excited because this new music, it’s fresh and exciting. This new music is from the heart and from my friends. It’s not a contrived album. We hope to see all of you really soon on the tour after the album is released.”