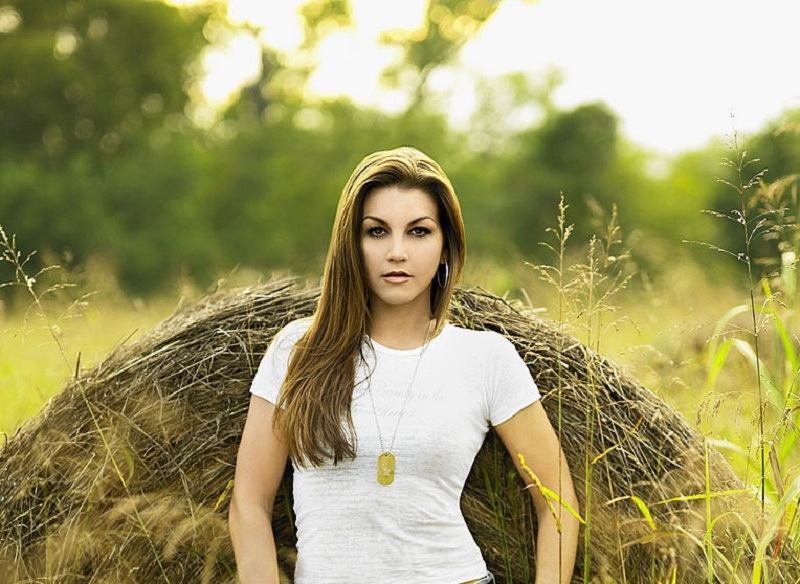 Country music is stereotyped around the world in sometimes a negative way. “Redneck” is one of those terms people unfamiliar with the country community label not only the music as but the people as well. One woman in country music was and will always be proud to be called a “Redneck Woman”. Gretchen Wilson jumped onto the music scene in 2004 with her hit single announcing she was that stereotype — only redneck to her is a positive thing.

StarShine Magazine had the pleasure of speaking with Gretchen Wilson by phone while she was in Las Vegas before her show at Mandalay Bay that night. Gretchen has been touring since January and is going strong. She credits her good friend Kenny Chesney for showing her how touring is done. “I really learned a lot from him on how to make it fun and make it profitable and to be a successful touring artist.” Gretchen explained. “I think I was blessed by having Chesney show me the ropes like that because we’re really kicking butt out here. It’s everything I dreamed it could be and more.”

Unlike other genres of the music industry, there aren’t many feuds, gang wars or rivalry in country music. “I think country music is just a smaller group of people.” Gretchen says. “We all care about each other. We’re all friends. When country music has an award show, there’s nobody walking around with an attitude. We’re all fans of each other and I think that makes a huge difference.”

As Gretchen spoke to StarShine about her tour, she gushed over going to New York City. “It’s like a chance of a lifetime.” Gretchen said. “I kind of feel like New York is starving over there.” Gretchen even expressed wanting to gather some other music artists to get some country radio stations in the big apple since there is a scarcity of them.

Continuing to speak about the tour, Gretchen’s craziest crowds are St. Louis, which is close to her hometown and Greenville, South Carolina because of the loud, die-hard fans there. Though Gretchen has the opportunity to travel around the country, she doesn’t get to see much of it. She gave StarShine a run-through of a day in the life of a touring artist. “I wake up at about noon every day. I’m sitting here doing phoners right now. I will for a couple of hours. Sound check. Then I’m going to eat something. Take a shower. Then my day pretty much starts. I’m working from that point on.” Gretchen explains. “I rarely get time to go outside the venue.” Gretchen also said she rarely eats in restaurants either. “I’m at the Mandalay Bay tonight and I will guarantee you I will not walk inside that casino.” She says.

With a forty-five person crew, seven semi-trucks and seven buses on tour with her, it’s hard to believe Gretchen Wilson started out playing bars back in her hometown of Pocahontas, Illinois. Does she ever miss it? The answer: a very stern NO. However, Gretchen does miss bartending from time to time. “I don’t miss it very often, I’ll promise you that.” She says. “But every once in a while, I kind of miss being back home at Big O’s and being behind the bar and seeing all my buddies everyday.” Gretchen’s actually planning a surprise trip back home soon.

Also in the near future for Gretchen is releasing the video for her next single “California Girls” off her smash sophomore album, All Jacked Up as well as recording her third album in July. Gretchen is going down a completely different road of success at the end of this year however, by releasing a book titled “GRETCHEN WILSON: I’ll Tell You What a Redneck Woman Is”.

Now we’re back where we started–rednecks. The one question Gretchen is constantly asked is what being a redneck means to her. “It’s impossible to answer that question in a couple of minutes. It takes a lifetime to really understand that.” Gretchen says. That question is the main reason she wrote this book, which gives examples of rednecks and shares various stories from Gretchen’s life as well as women who she studied and who made her the person she is today. “It’s definitely a girly book.” She says, but a self-help book as well. “I’m reading these chapters back and I’m going through all kinds of emotions.”

Though you’ll have to buy the book to fully understand Gretchen Wilson’s perception of being a redneck, StarShine got her to open up a bit about the negative connotation of the term. She says redneck is not about prejudism as it may have related to that in the past. “Come on, we don’t live in that world anymore.” Gretchen says. You can sense how much the negativity bothers her. “Being a redneck to me has nothing to do with prejudism. It has to do with a way of life. Being proud of what you have and who you are regardless of what the fad is.” Gretchen explains and delves even more. “If you work your whole life at minimum wage and by the time you’re fifty years old pay off a mobile home and are happy with that, then the hell with what everybody else thinks. I don’t think anyone should ever feel down about themselves and their lives.” She explains. “To me being a redneck means truly being happy with yourself.”

After hearing these words from Gretchen herself, not only did StarShine have new appreciation for what a redneck woman is, but we hope to be one ourselves and wish that for our readers as well with Gretchen Wilson as their inspiration and role model.

In ending our interview with Gretchen, we asked her to dedicate a song to her fans. She chose “Just The Way You Are” by Billy Joel. “He explained in a heartfelt way that you shouldn’t change. I wouldn’t be able to love you anymore than I do right now.” Gretchen explained. “The fans keep me going. They keep you honest. They keep you on your toes. They do a lot more than they think they do. Every night when I step out on stage, they tell me a lot. They tell me how to move, how to walk, how to talk, what songs they want to hear.” Gretchen says with such appreciation. “I trust them to let me know I’m on track.” For more information on Gretchen Wilson including tour dates, photos and to listen to snippets from All Jacked Up, go to gretchenwilson.com