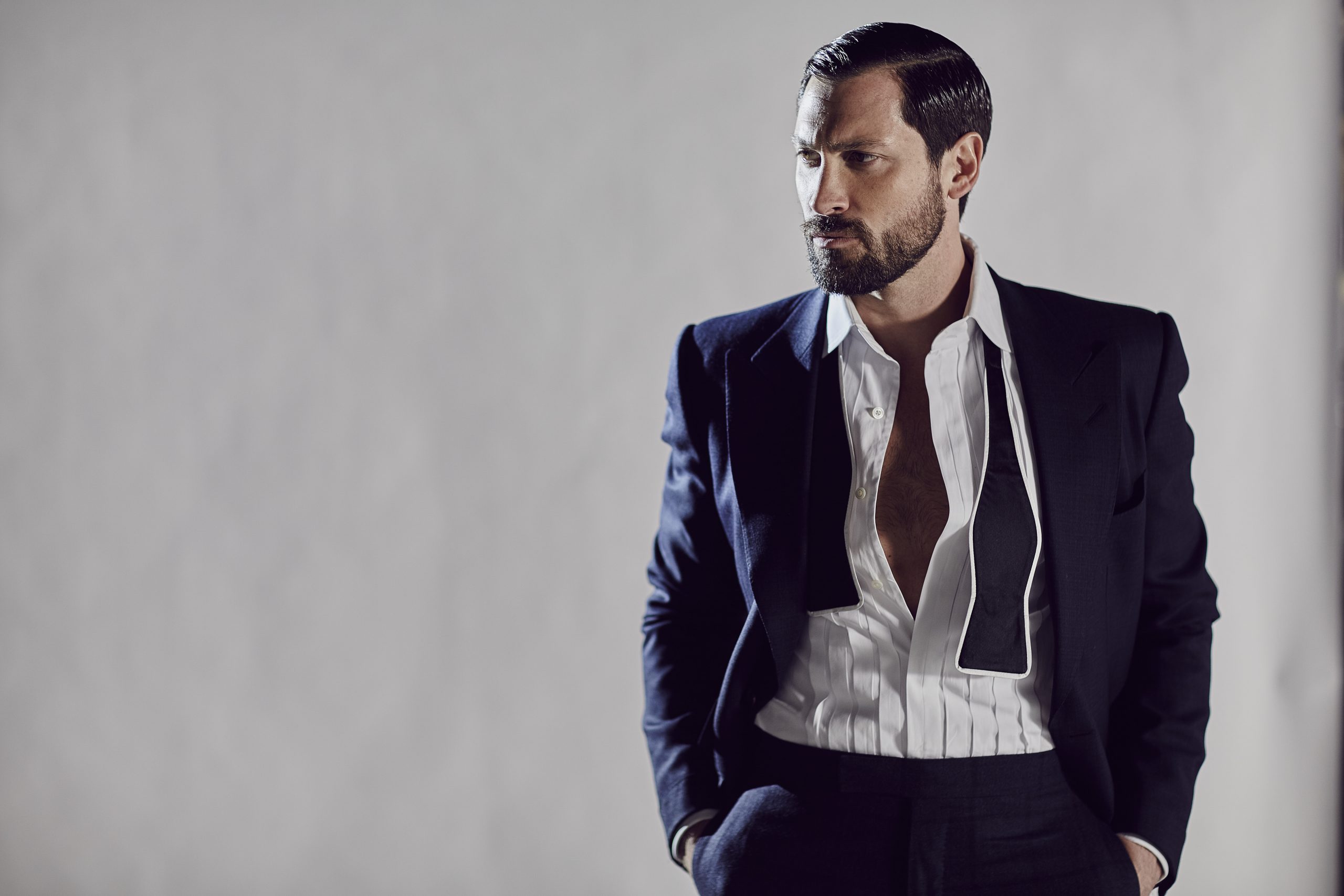 Dancing with the Stars‘ bad boy of ballroom, Maksim Chmerkovskiy—who is currently in the middle of an intensive 45-city nationwide dance tour with his brother, Val—is passionate about taking care of his body. He is offering up 20 tips in detail on what he eats, avoids, and how he stays motivated.
Maks is known for his smoldering, intense passion and hot body as he owns any dance floor, but his rigorous dancing is only part of how he stays in shape. Taking his health seriously means subjecting every food, fitness, and lifestyle choice to a simple test: Will this help me meet my goal of living to 120…or will it detract from that goal?
“I truly believe I can make it to 120 and I want it to be an active and vibrant 120,” says the 36-year-old dancer, choreographer, and television personality. “It’s not just about quantity of life, but quality of life. This lifestyle is what allows me to even consider a 45-city tour at my age. Also, I want to be able to play basketball with my kids when they’re teenagers and still kick their butt—I don’t want to be an old dad.”
If you’ve seen him in one of the flash mobs he has popping up in cities across the US—you won’t have any doubts about him reaching his goal. Check it out at maksmob.com!
“To do that in the future, I have to make friends with my body right now,” he adds. “If I get out of its way, and help it do its thing by giving it the right nutrients, it will take care of me in return. It will reward me. It will just live. Yeah, things come to an end—but they don’t have to degrade by the time you’re 60.” In a world on the go, with so many processed foods, supersized meals, and electronic distractions that leave you with very little energy or motivation, it’s no easy feat to make healthy choices. Still, Maks is doing it—and he insists the rest of us can, too.
“Once you make up your mind that great health is important to you, the choices become, if not easy, then at least doable,” he promises. “You don’t have to be a celebrity, you don’t have to be rich, you don’t have to have a chef or a personal trainer. You just have to make it a priority to give your body what it needs, and only what it needs.”
Personally, I agree with Maks wholeheartedly. A couple of years ago, I decided to focus on making healthier choices–and I’m not talking about cutting calories, carbs or any kind of speedy weight loss tactics. Instead, I focused on natural ingredients and actually listened to my body for the first time. I falter sometimes, and give in to processed foods, and after too much, I can feel my body screaming! It’s nice to hear a celebrity promoting REAL health tips, and not charging for them! This is a long read, but a worthy one. Print it out and read it multiple times. Incorporate a new tip each week; your body will thank you!
Want to join Maks in his quest to live long and prosper? Then consider his 20 “best odds” secrets:
Educate yourself on what to eat and why. Your body is smart and will regulate itself when you get out of the way—but that means learning how best to feed it. Do some research. Don’t limit yourself to “mainstream” resources as many are driven by big food manufacturers with their own agenda. Digging deeper reveals that the typical Western diet—grain-heavy; filled with genetically modified, hormone-infused, processed foods; and deficient in many nutrients—is counter to what the body needs to operate at its best.
“You need to know why you’re choosing certain foods and avoiding others,” says Maks. “When you know a food causes inflammation in your body or creates insulin surges that lead to diabetes, you’ll want to steer clear of it so your natural healing processes can work. When you know overcooked meats are dangerous, you’ll stop overcooking. When you know what free radicals are, you’ll eat antioxidant-rich foods to fight them. This is what I mean by making friends with your body.”
Learn which nutrients you are missing and supplement them. Almost everyone is deficient in certain vitamins (D, for example) and minerals. That’s why Maks starts each morning with three supplements he believes are the foundation for good health. The list includes Lypo-Spheric Vitamin C, Lypo-Spheric Glutathione, and Lypo-Spheric R-ALA (all from LivOn Labs). He is so sold on these products, which he has taken for years, that he has introduced them to his entire family, and he recently agreed to become a brand ambassador for LivOn Labs.
“My doctor told me that most supplements aren’t absorbed well by the body, but the LivOn supplements have a special delivery system that lets them reach the cells more quickly and efficiently,” says Maks. “That’s why I started taking them. I would never endorse any product if I didn’t 100 percent believe in it. That’s just not who I am. These supplements will make a difference!
“Besides the LivOn stuff, I also take 10,000 IU a day of vitamin D,” he adds. “I also take palm fruit extract in powder form, which is incredible for cardiovascular health from its multiple forms of vitamin E. The palm fruit extract also has an excellent source of vitamin A that I combine with vitamin K2. This combination of vitamin D, vitamin A, and vitamin K2 contribute to strong bone formation and fight against the progression of osteoporosis as we age. This combination also controls the formation of calcium build up and plaque formation in my vessels!”
Make a conscious decision to stay well. No matter how often you wash your hands during cold and flu season, you’ll never be able to shield yourself from every germ. What you can do is follow a best odds regimen to strengthen your immune system so you get sick less often. In Maks’s case, that means adhering to a natural “clean eating” regimen as well as supplementing with the aforementioned Lypo-Spheric Vitamin C.
“I’ve always been a big believer in vitamin C,” he adds. “I take it to kickstart my immune system. I can’t tell you the last time I got sick. When I traveled with my family for New Year’s Eve, everyone came home sick except for me.
“When you have a busy life, you have to stay well,” he adds. “And when you are sick, it alters you as a person. You’re not yourself. You’re nasty and have a short temper. You whine like a baby. No one wants to be like that. Plus, you get behind on commitments and that leads to even more stress!”