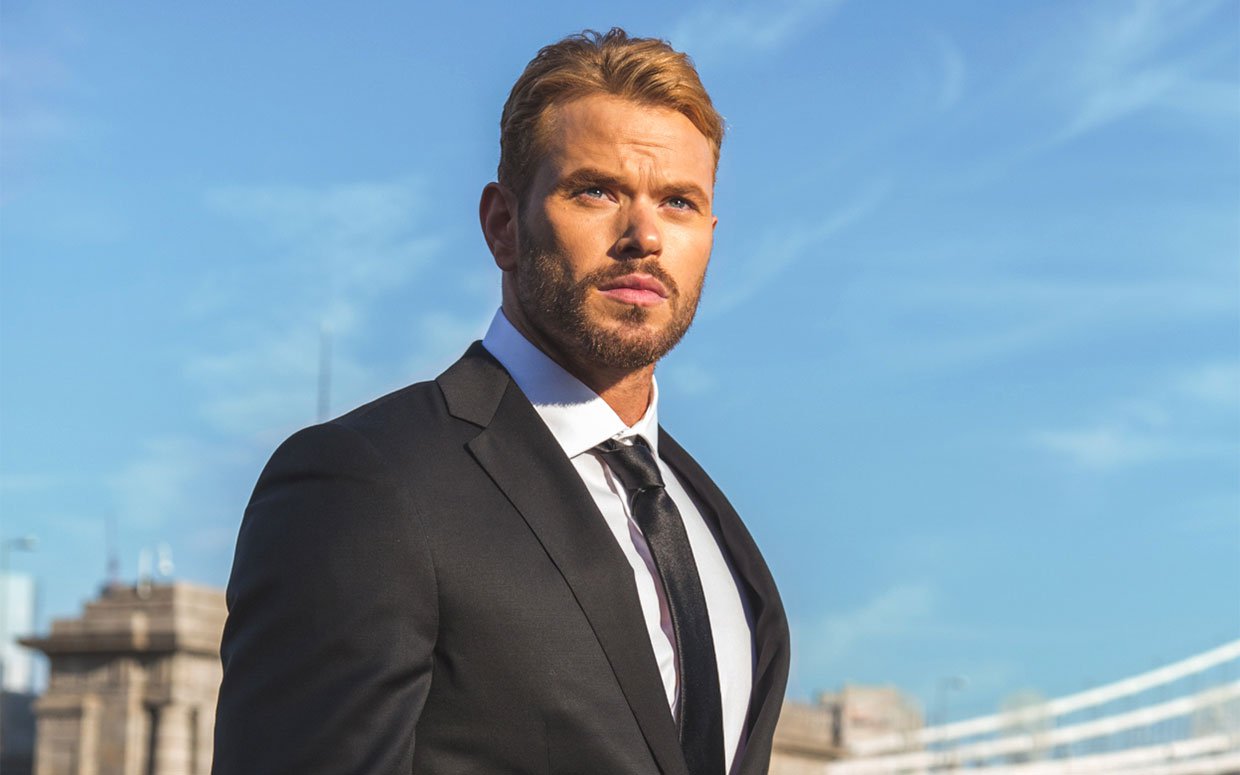 Blond, muscled, looks great in a suit, adorable dimples and is a decent actor… yet we haven’t seen much of Kellan Lutz other than the Twilight films, playing Hercules and in a romance with Mandy Moore. While we almost had forgotten all about Mr. Lutz, thankfully G.H. Mumm Champagne featured him in their promotional short film to debut their new bubbly bottle. While it isn’t a big screen movie, we’ll take whatever piece we can get of this cutie pie! Check out the behind-the-scenes footage along with the short film “Mumm’s Daring Delivery” below!
Behind-The-Scenes: http://kefmediastream.com/embed/mumms/kellan_web.swf