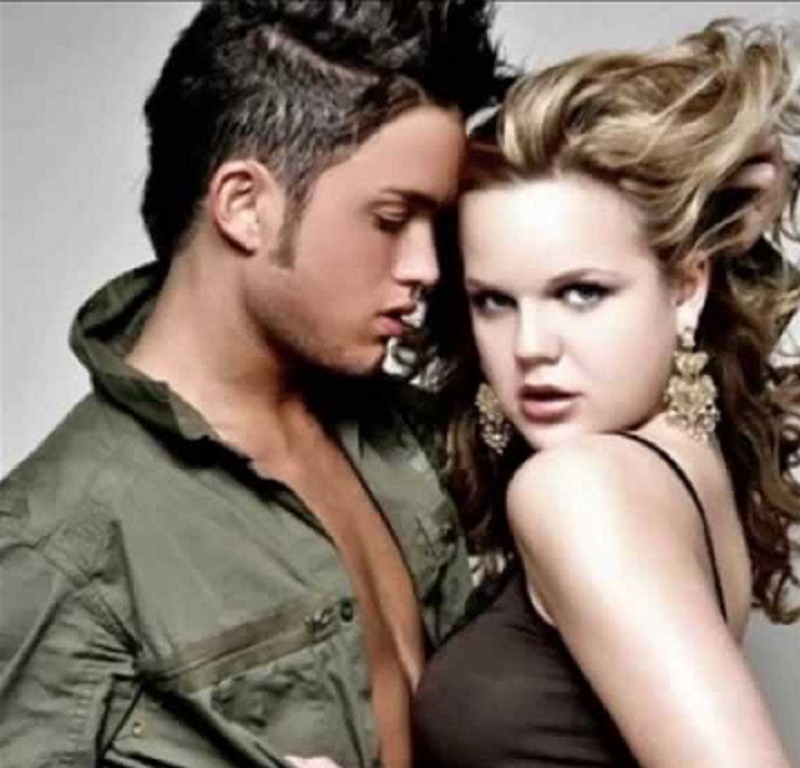 Sandy Lo, Chris Trousdale & Anna Sundstrand in the cigar room at the 40/40 Club.

Backstreet Boy Howie Dorough came out to support his family’s Dorough Lupus Foundation in New York City.  The event began at Tony Di Napoli’s family-style Italian restaurant in Midtown and ended at Jay Z’s 40/40 Club.  Food, drinks and cigars were shared over great conversation and dancing for a good cause.  I was grateful to have been a part of it and help promote the event, as well as bring along my friends, Dream Street’s Chris Trousdale & Play’s Anna Sundstrand.

Sandy (StarShine Magazine): Can you tell us a little bit why you decided to come tonight?
Chris Trousdale: Well, I decided to come mainly because my brother Ronnie’s wife has lupus. It’s something I’ve known of and been around for many years now. I have two nephews and their mother has it and it’s just something I’ve always known about and dealt with. To finally find someone like Howie doing this and in such a great way, it makes me so happy to be here. I’m very proud to be here, especially more than anything to see Howie’s fans and my fans and all these supporters of this foundation be here and not be here because of anything else but the fact that they‘re here for this. That’s something hard to find. I shared a limo with many fans and Howie and Anna. They were all so sweet and everyone is here for the cause. I’m very happy to be a part of this, so thank you for allowing me to be here, Sandy.
[Anna sits down next to Chris and joins the interview.]

Sandy (StarShine Magazine): No problem. I was happy to invite you both. I was just talking to Chris, if you’d like to join in, about why you guys decided to come tonight.
Chris Trousdale: [To Anna] Why did you wanna come tonight?
Anna Sundstrand: To absolutely one hundred percent support the charity. You told me it was great, and I trust you. I love anything that has anything to do with charity, so that’s why I wanted to come. The disease is something I never heard of before and I think it’s something everyone should get involved in. No one really knows what it is.

Sandy (StarShine Magazine): It’s also a very hard disease to diagnose, so some people don’t even know they have it.
Anna Sundstrand: Yes.
Chris Trousdale: Exactly. The thing is, even though we have the coolest technology nowadays, some of these diseases are so, so alien to us and it’s really sad to hear about them and to know that you can’t cure them and that baffles me.

Sandy (StarShine Magazine): Yeah. So now I want to talk a little bit about what you guys have got going on. You have the tour coming up. When does that kick off?
Chris Trousdale: That’s going to kick off the end of November. Anna and I are going to tour together because we are both solo now. We were both in groups and being in a group, as everyone knows, it’s really hard to separate yourself from a group. We’re going to venture off into that thing together and release our albums the following year. Mine hopefully in February and Anna’s soon to come after and we can’t wait to go on tour.
Anna Sundstrand: Absolutely!

Sandy (StarShine Magazine): Very cool. Now I was talking to some of your fans earlier and they were telling me that they like seeing you at events like this more rather than Radio Disney things. How do you feel about that?
Anna Sundstrand: We actually have– [Chris starts hysterically laughing]

Sandy (StarShine Magazine): What are you laughing at!?
Chris Trousdale: [Still laughing] I’m sorry. What happened?
Anna Sundstrand: We actually have this charity tour coming up. Me and Chris support charities all the time. [To Chris] You tell them about the charity thing.
Chris Trousdale: What it is…during the holidays, many of these kids who are bedridden in the hospitals have no way of having any entertainment or any sense of “Oh my God, someone cares about us that’s not family”. As entertainers, the only time people get to see us is at concerts, so what we’re going to do is give these kids at the hospitals a private concert, and give them gifts from our fans. It’s people giving to other people. Like the fans will come to our shows with gifts and we’ll take those gifts to the hospitals.
Anna Sundstrand: And both me and Chris have done it before. I’ve been to hospitals giving out gifts and just seeing those faces of those kids and the parents are like “Thank you so much for doing this. It made my kid’s day.” It’s unbelievable how happy they are. Both me and Chris love it. During Christmas is the perfect time to do it. I can’t wait to do it!
Chris Trousdale: It’s a blast!

Sandy (StarShine Magazine): Very cool! Well, good luck with everything. We can’t wait to see you on the road.
Chris Trousdale: Thank you StarShine Magazine, you rock! And Sandy, I love you to death!