EXPRESSIONS is the third and final installment to THE DREAM CATCHERS SERIES. The book is a series of vignettes written from the point-of-view of various characters throughout the series. From letters to blog entries to song lyrics, EXPRESSIONS delves deeper into the minds of the characters. Sandy hopes fans will enjoy this 52-page companion book.

Haley is faced with new obstacles while trying to understand her boyfriend, Jordan’s tormented past.

A romantic comedy about Haley, a sheltered snob and Jordan, a carefree rock star. 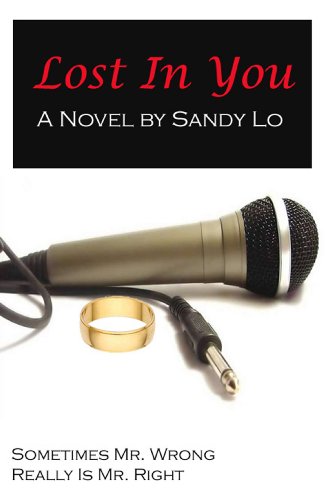 Cooper Jackson is a twenty-five year old woman, who shuts down in relationships. Burdened by her mother’s failed love life and her untimely death, Cooper won’t allow her heart to get broken, or stolen, either. A chance meeting with a famous singer, Ryan Latham could change Cooper forever. She finds herself wanting to give her heart to Ryan…one problem: he’s engaged. To divert her attention, Cooper throws herself into a relationship with Ryan’s best friend, JT, a man just as unstable as she is. Lost In You is a coming of age love story for a slightly older generation; it’s about finding yourself, overcoming your past, and building a future.