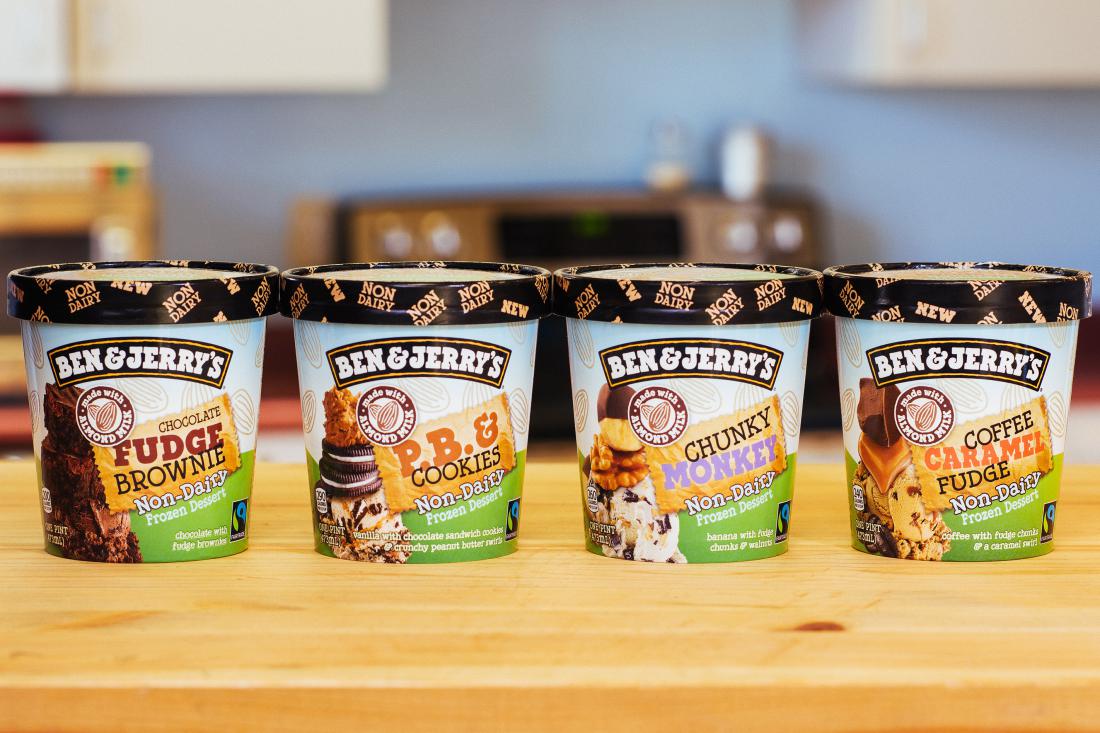 By now, you’ve probably heard the news… world renown, commercial brand, Ben & Jerry’s released 4 vegan flavors of ice cream.  Lactose-intolerant and vegans everywhere rejoiced at the news and desperately searched their local grocery stores for their fix. (I found them at Publix!)
While the release of vegan flavors from this ice cream brand giant is an amazing thing in the vegan community, it doesn’t mean all of the flavors are worth a lick.
Plenty of dedicated vegan brands, like So Delicious and Luna & Larry’s, make top-notch ice cream that give the better-known Ben & Jerry’s a lesson in nondairy.
My top picks: Luna & Larry’s Salted Caramel & Chocolate, made with coconut milk and So Delicious’ Salted Caramel Cluster, made with cashew milk — okay, so I’m a bit of a salted caramel fan!
Here is my breakdown of the flavor profile of B&J’s nondairy line.
Chunky Monkey
I’m not all that familiar with the dairy version of Chunky Monkey, but the nondairy version fairs well.  It’s not something I would normally pick out — I prefer actual bananas to banana flavored ice cream, but the walnuts and fudge pieces do a decent job of breaking it up.
Coffee Caramel Fudge
An original almond milk flavor, this one, which I was most excited to try was the most disappointing!  There was no richness to the flavor or texture; in fact, there was a cardboard after taste that overpowered anything else.
Chocolate Fudge Brownie
I’m not much of a chocolate-on-chocolate person, and the quality of chocolate used in this vegan version was just okay.  It was a decent frozen treat, but I’ve had way better.
PB & Cookies
This was the winner by a long shot!  Peanut Butter swirls mixed with Oreo-style sandwich cookies in vanilla ice cream… yum!  Finally a flavor that didn’t feel like it was lacking due to it being nondairy.  This is also the only flavor they currently serve by the scoop in Ben & Jerry’s stores.  I hope B&J learn what they did right with this flavor and revamp the rest.
Have you tried the new Ben & Jerry’s nondairy line?  What did you think?  Or share with us your favorite vegan ice cream!