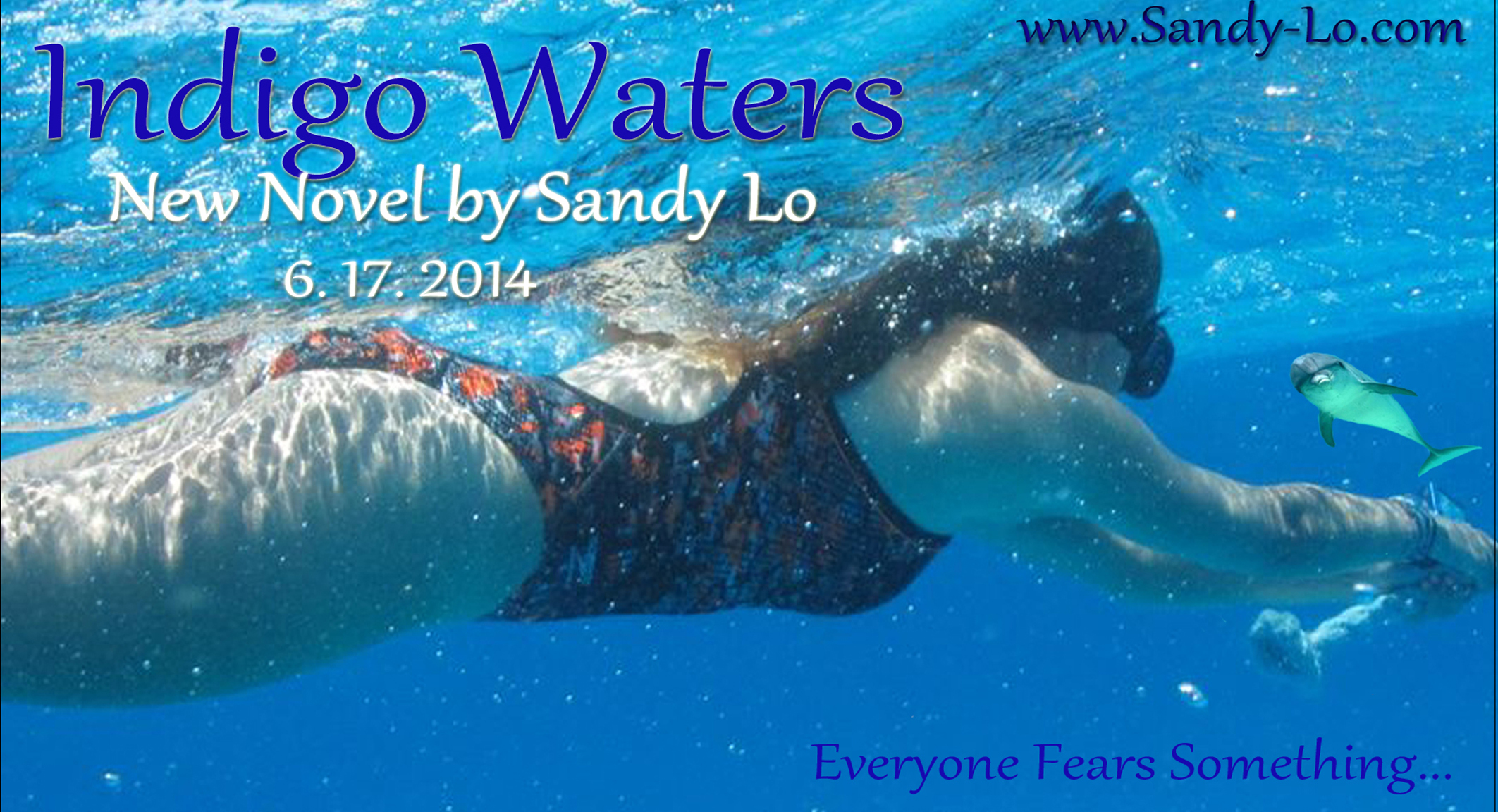 The concept for INDIGO WATERS came about in the summer of 2013 when Lo set sail on a wild dolphin expedition, which had been on her bucket list since she was a little girl. A passionate animal activist, Lo knew the easier, more affordable way to accomplish her dream was to visit an aquarium where dolphins are held captive. Lo, instead did her research and came across www.dolphinexpeditions.com, which didn’t support entrapping dolphins to interact with their guests.

“I wanted to connect with dolphins on their terms,” says Lo. “It was an amazing experience where I accomplished dreams, overcame fears, and met wonderful people.”

Some of those wonderful people even inspired characters in the book. The cover for INDIGO WATERS was recently released, designed by Sandy Lo herself, and featuring photos from the expedition’s resident cook and photographer, Tita Dimnik, along with an image featuring the boat’s young apprentice and inspiration for the novel’s main character, Cosette LeBlanc.

“I was able to keep this beautiful experience alive by reliving it these past few months as I wrote the pages of INDIGO WATERS,” Lo says. “Of course, I mixed tons of fictional events and characters into the storyline, and added some romance.”

INDIGO WATERS is the 6th novel for Sandy Lo. Romance is usually a main theme in her books, but she is reluctant to categorize them that way. “In literature, romance is misconceived as tawdry, raunchy or fluff. I want my work to be known as more than that,” explains Lo. “There is real heart behind my plots and I am never telling a simple romance story. Each character is trying to overcome something and move toward a dream.”

INDIGO WATERS is about overcoming tragedy, moving beyond fear, discovering passion, and building strong relationships of all types.

Sandy Lo was born and raised in New York City, but considers herself a free spirit. The past few years, Lo has traveled to different areas to write novels and for her work as the editor of www.halffullmag.com, where she is known as the Traveling Barista, vegan cook, and encourages others to live life with a positive attitude through blogs and celebrity interviews. Her novels, Dream Catchers, Breaking The Moon, and The Watch Dog have reached various best selling lists on Amazon in their respective genres.

For more information on SANDY LO and INDIGO WATERS: www.sandy-lo.com