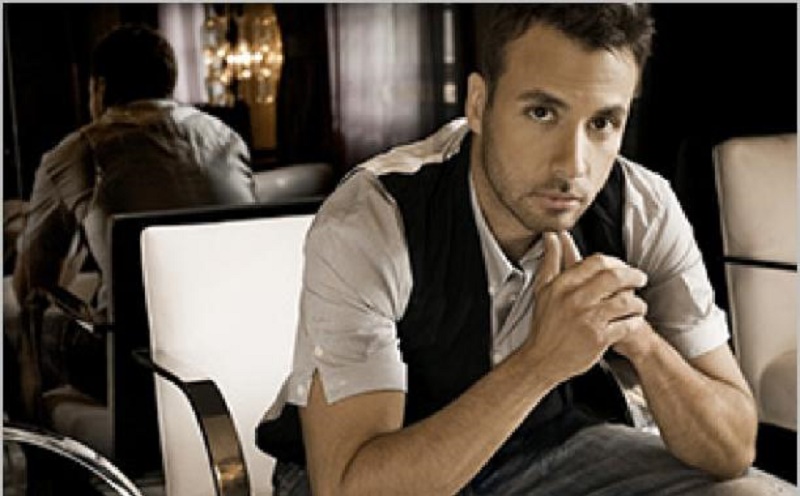 Backstreet Boy Howie Dorough came out to support his family’s Dorough Lupus Foundation in New York City.  The event began at Tony Di Napoli’s family-style Italian restaurant in Midtown and ended at Jay Z’s 40/40 Club.  Food, drinks and cigars were shared over great conversation and dancing for a good cause.  I was grateful to have been a part of it and help promote the event, as well as bring along my friends, Dream Street’s Chris Trousdale & Play’s Anna Sundstrand.

Sandy (StarShine Magazine): I’m here today with Howie Dorough from the Backstreet Boys. How are you?
Howie Dorough: Very good, thank you very much.

Sandy (StarShine Magazine): The event was a great turn-out.
Howie Dorough: Yeah, it was very, very great. I’m always happy to be here in New York. Great turn-out. I think we raised a lot of money. I’m very excited.

Sandy (StarShine Magazine): Did you get to relax at all? I know it’s been a crazy night.
Howie Dorough: Ah, you know what? For me, this is a chance for me to hang out with the fans and to talk with them and take pictures. I don’t even consider it work. It’s a chance to give back to them, especially for what they’ve given to me and the foundation.

Sandy (StarShine Magazine): Now the foundation has been an ongoing project of yours. Compared to when you first started, what can you say is the biggest growth you’ve had, was there a defining moment where you realized you really were making a difference?
Howie Dorough: There have been several different moments where we were able to give to UCLA’s research center and also give to the Arthritis Foundation of America and each year try to give out money. We’ve gotten a lot of great media exposure on television nationally and internationally, and being able to help families out there in need of assistance, and even create a paleo clinic in Chatham, Canada just for families who want to spend their last moments for their loved ones without having to be surrounded by a lot of people and stuff like that. I think everyday we’re accomplishing more and more. [Howie sneezes.]

Sandy (StarShine Magazine): Okay now, let’s talk a little bit about the Backstreet Boys. I know you guys are recording now. You said you’re about halfway done with the album now?
Howie Dorough: Yes, we are. We’re still in the studio, still working at it. We’re taking our time. We’re making sure we’re putting something out that we really respect and are proud of. It’s not just one of those things you can create overnight. We’re trying to create a good body of work.

Sandy (StarShine Magazine): I’m sure it’s been difficult, too. I mean Brian’s on tour; Nick’s doing “House of Carters”…
Howie Dorough: Yeah, we all have a lot of side projects going on, but at the same time we’re all very supportive of each other with our side projects. Each of us have individual aspirations and none of us wants to hold anybody back, so we’re trying to make it all just work together.

Sandy (StarShine Magazine): Has it been hard without Kevin?
Howie Dorough: Mmm, I mean it doesn’t feel the same. He’s been like a brother for us for the last fourteen years. I see him still–he doesn’t live that far from me, but I still see him every once in a while here and there and it is a little awkward. I can’t help to say that we miss him. It was a choice he made. He asked us and out of respect to him and wanting him to be able to have a family and everything, we gave him that time to have for him to start his own family and his life. So we’re all good with each other.

Sandy (StarShine Magazine): Good, I’m glad to hear that. Now Never Gone was such a growth for you guys and I think the industry responded to it well, are you still going in that kind of direction with the new album?
Howie Dorough: So far we kind have gone in that direction, but at the same time we’re still experimenting, so what’s going to be on the final record I can’t say because we’re midway through the stream and we’re trying to find some up-tempo stuff, which is always the hardest. But we’re still working at it. You know we’ve been blessed we come from a different bunch of genres of music with the R&B, with the pop/rock influence. Now it’s about trying to figure out what’s exactly the body of work we want to present to everybody out there.

Sandy (StarShine Magazine): What kind of producers have you been working with so far?
Howie Dorough: We worked again with Dan Michael who did “Incomplete” and this guy named Rob Wells out of Canada. They came with great songs, which I think we have a good body of work; it’s just now what we’re going to do to put around it.

Sandy (StarShine Magazine): Very cool. Now I know from the last time I interviewed you, you were telling me about your solo album. Is that still in the works?
Howie Dorough: Still in the works, yes. Now that we’ve got a little bit of time to do stuff individually, I’m actually starting to gear it back up right now. Hopefully when the timing is right, you know merging the two worlds, to release it, I’ll release it.

Sandy (StarShine Magazine): Cool. Now I saw you on “House of Carters”. Do you make any more cameos on there?
Howie Dorough: Well, I don’t know what’s going to come out on the final [episodes], but Nick was at my birthday party that I had in LA, but whether it’s on the cutting room floor or not, who knows. [Laughs] It’s all good.

Sandy (StarShine Magazine): How do you feel about Nick’s decision to do the show?
Howie Dorough: He came to us and said to us he wanted to do something with his family and try to bring them back together and all under one roof. I think we all told him you’re going to let the whole cat out of the bag. I mean reality TV…they take the good, the bad, the ugly and the beautiful, you know? Except he was cool with it. He was okay with expressing that to his fans out there. So I respected his choice on it. Would I have done? I don’t know, but it’s his choice.

Sandy (StarShine Magazine): Okay. Now for my last question, if you could dedicate any song in the world to your fans, which song would you choose and why?
Howie Dorough: [Thinks] I’d say “All I Have To Give”.

Sandy (StarShine Magazine): It’s always been your favorite song, hasn’t it? [Laughs] Howie Dorough: Yup. I think you know my love is all I have to give. The lyrics fit so well for our fans. They’ve given us a lot. It’s about giving our love to them and that’s why I do what I do. They support me whether it’s Backstreet, individually, or foundation stuff, so I would dedicate that song to them.

One Reply to “A Night Out with Backstreet Boy Howie D. To Support Lupus”