In Nashville, the Ryman Auditorium is a place of musical worship — a legend in itself.  However, the Ryman doesn’t always bring on that good old pop music we sing along to when no one’s listening.  Last night though, it was definitely brought!

Hearing 98 Degrees sing Britney Spears — or any song really — is enough incentive to see this tour, but add on a few other throwback artists, and you’ve got yourself a party on memory lane!

Opening the show was former P. Diddy backed girl group, DREAM.  Remember “He Loves U Not”?  If you were like me, a teenager in high school when that sassy jam came out, you were creating dance moves to it and singing into a hairbrush.

While Holly, Diana, Melissa and Ashley have been gone from the scene for quite some time, they still had the crowd jumping with dance hits like, “This Is Me”.

Next up was Ryan Cabrera, the pop-rocker who was hot for a few minutes in the early 2000s with songs “On The Way Down” and “True”.  While many things have changed since then, Cabrera’s hair feels like a throwback to the “yellow thorn”, which is what Drew Lachey called brother Nick’s frosted tips from the ’90s.

By the time O-Town hit the stage, the crowd was ready for some man band action.  Let’s face it, we all love a good ole boy band!  While O-Town didn’t receive the praise Backstreet Boys or *NSYNC did, mostly due to their “Making The Band” roots, these guys can hold their own.

Trevor, Erik-Michael, Jacob and Dan are truly at ease on stage — dancing, singing and taking selfies — it makes you wonder why these boys don’t receive more credit.  O-Town performed hits “Liquid Dreams”, “We Fit Together” and “All Or Nothing” along with some newer tracks off their 2014 album, Lines & Circles.

Not to let O-Town take all the My2K glory, 98 Degrees delivered a flawless set of hits and covers along with plenty of muscled arm candy!  Nick, Jeff, Drew and Justin even resurrected one of their old stage costumes — bulletproof vests and camouflage cargo pants!  YES!

We all gazed with dreamy fan girl faces on during pop classics “Because Of You”, “The Hardest Thing”, “My Everything”, and “Give Me Just One Night (Una Noche)”.  During “I Do (Cherish You)”, one very lucky girl was proposed to by the guys as she wore a wedding veil and they danced with her.  (Yeah, we were jealous too!)

Nick performed his solo hit, “What’s Left Of Me” followed by Jeff, Drew and Justin paying tribute to Prince.  Other covers included *NSYNC’s “Bye Bye Bye” and BSB’s “I Want It That Way”.  These guys truly put together a fun homage to the late 90s/early millennium music era that was much appreciated by the audience.

My2K Tour hits Greenville tonight and will run across the U.S. through the end of August.  Catch it while you can!  To help you reminisce, listen to our Millennium Pop playlist featuring 98 Degrees, O-Town, Dream, Ryan Cabrera + many more! 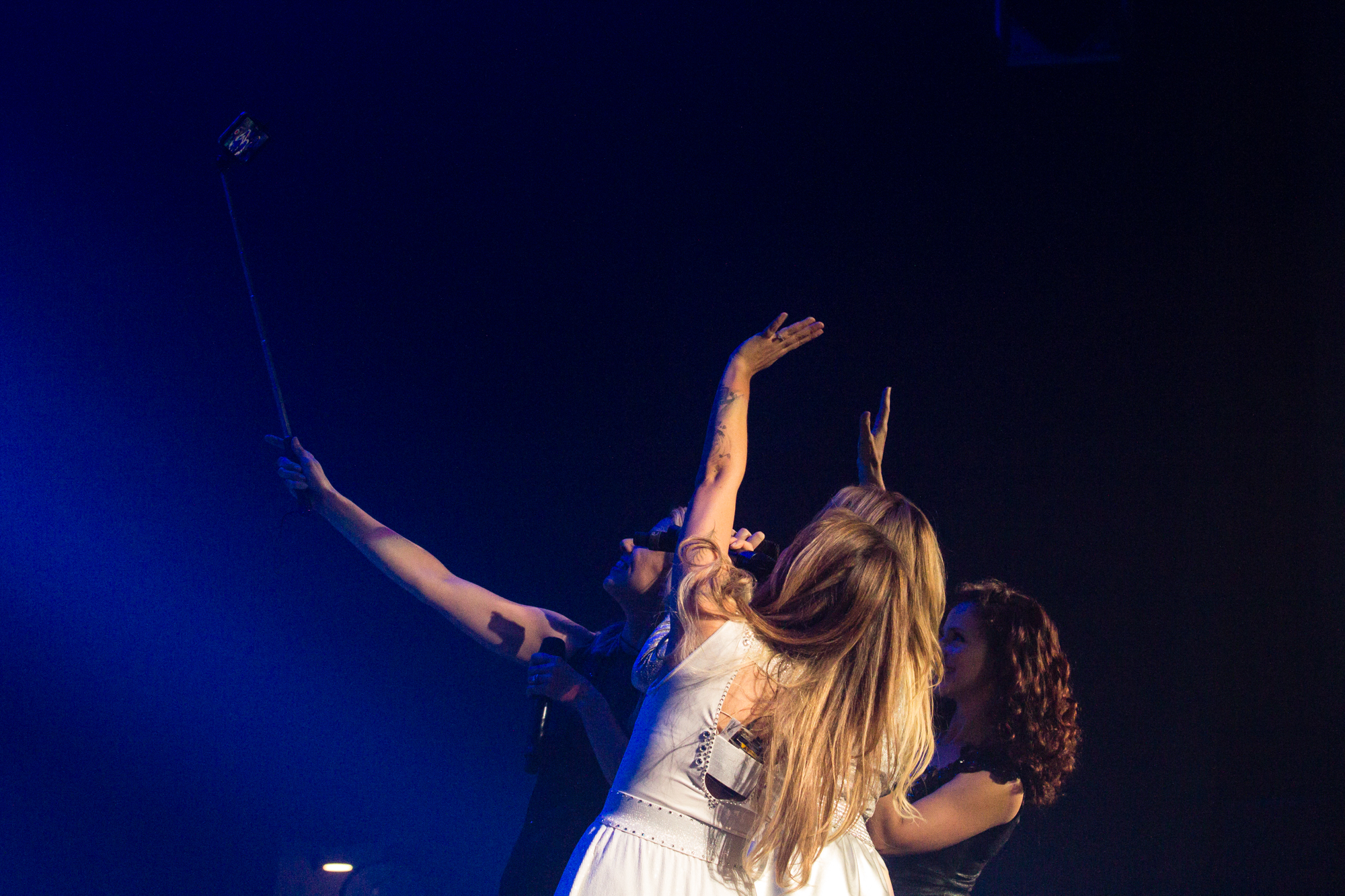 Dream taking a selfie with the crowd! Photo: Kindell Buchanan. 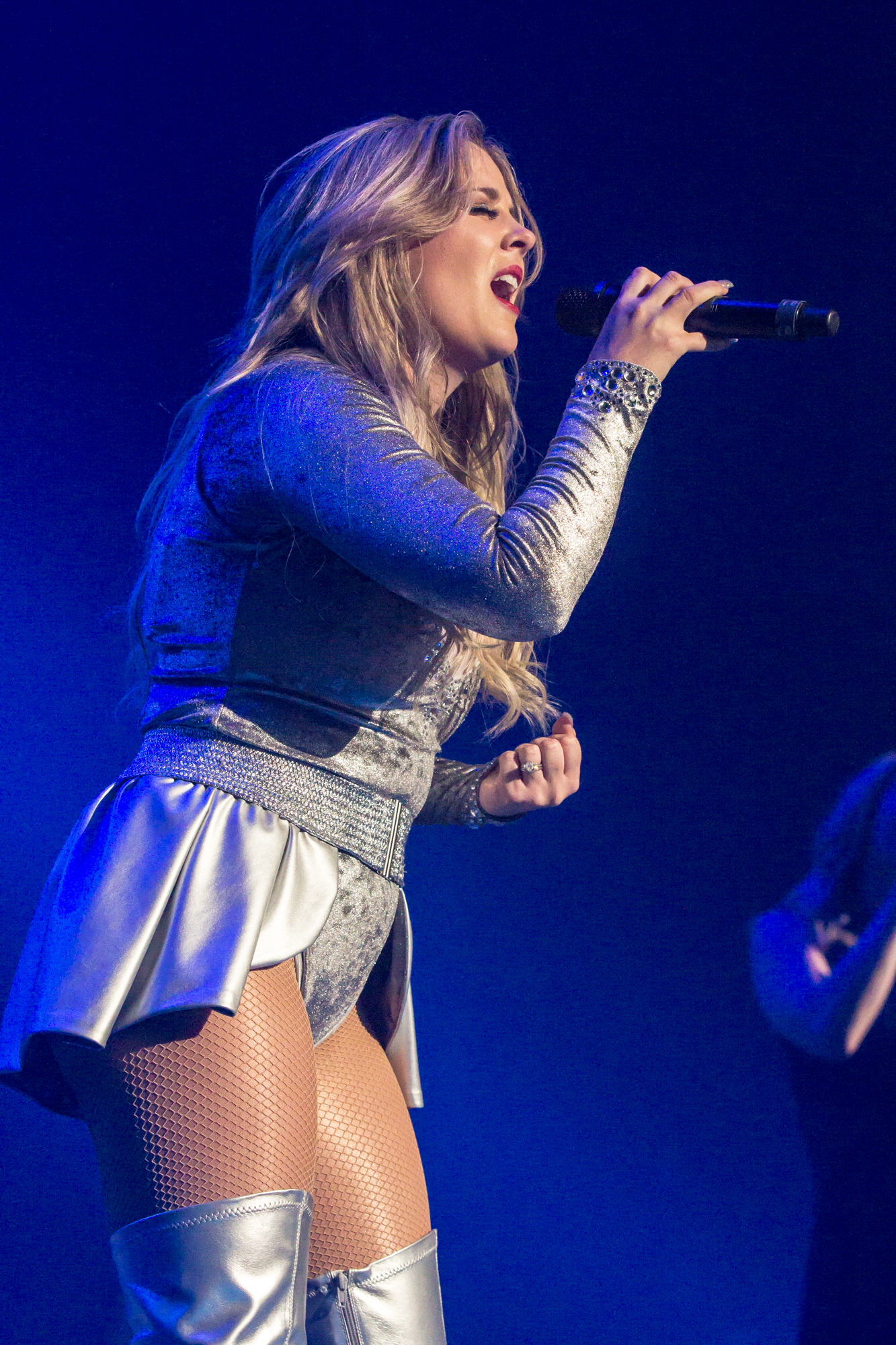 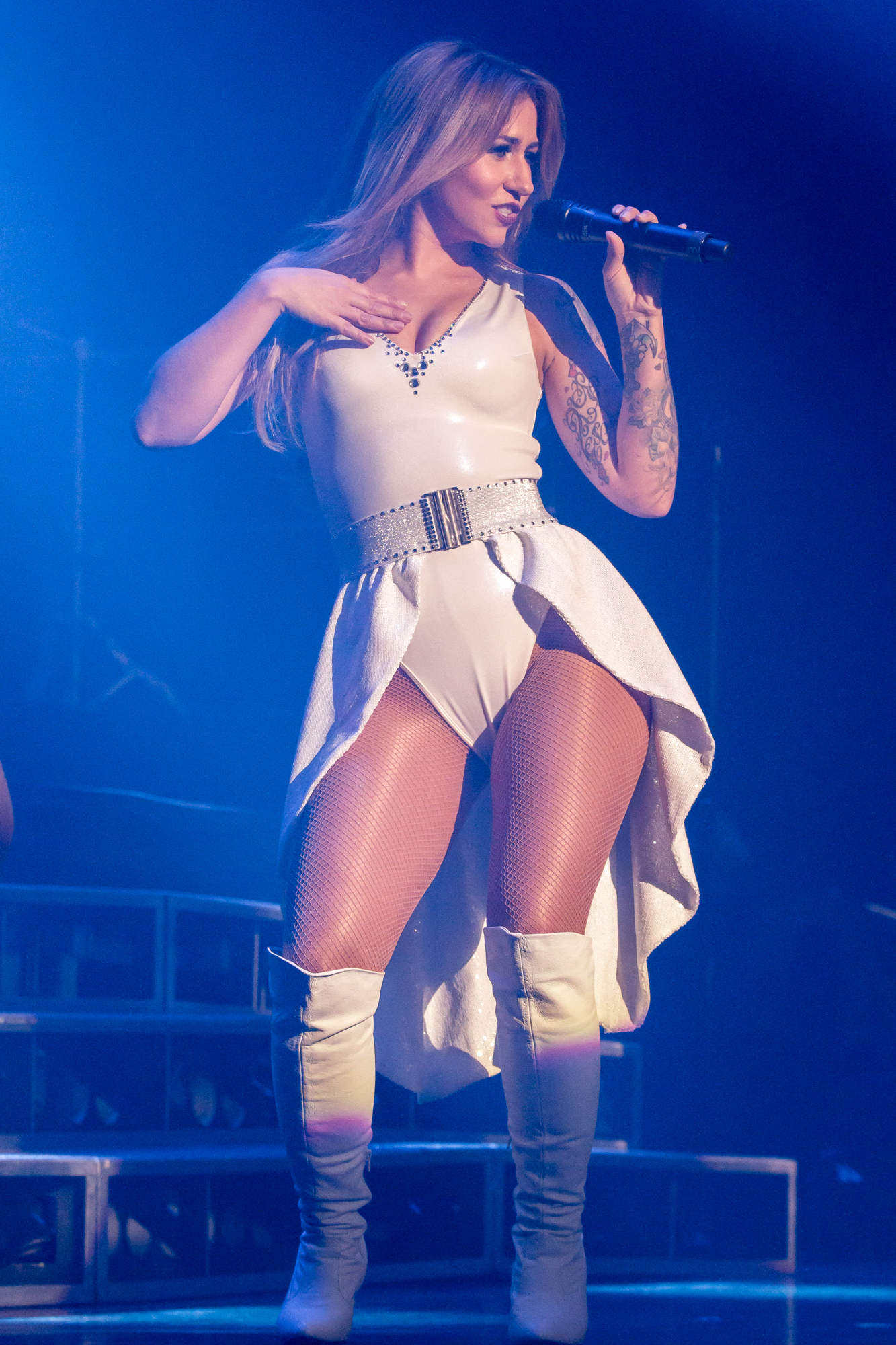 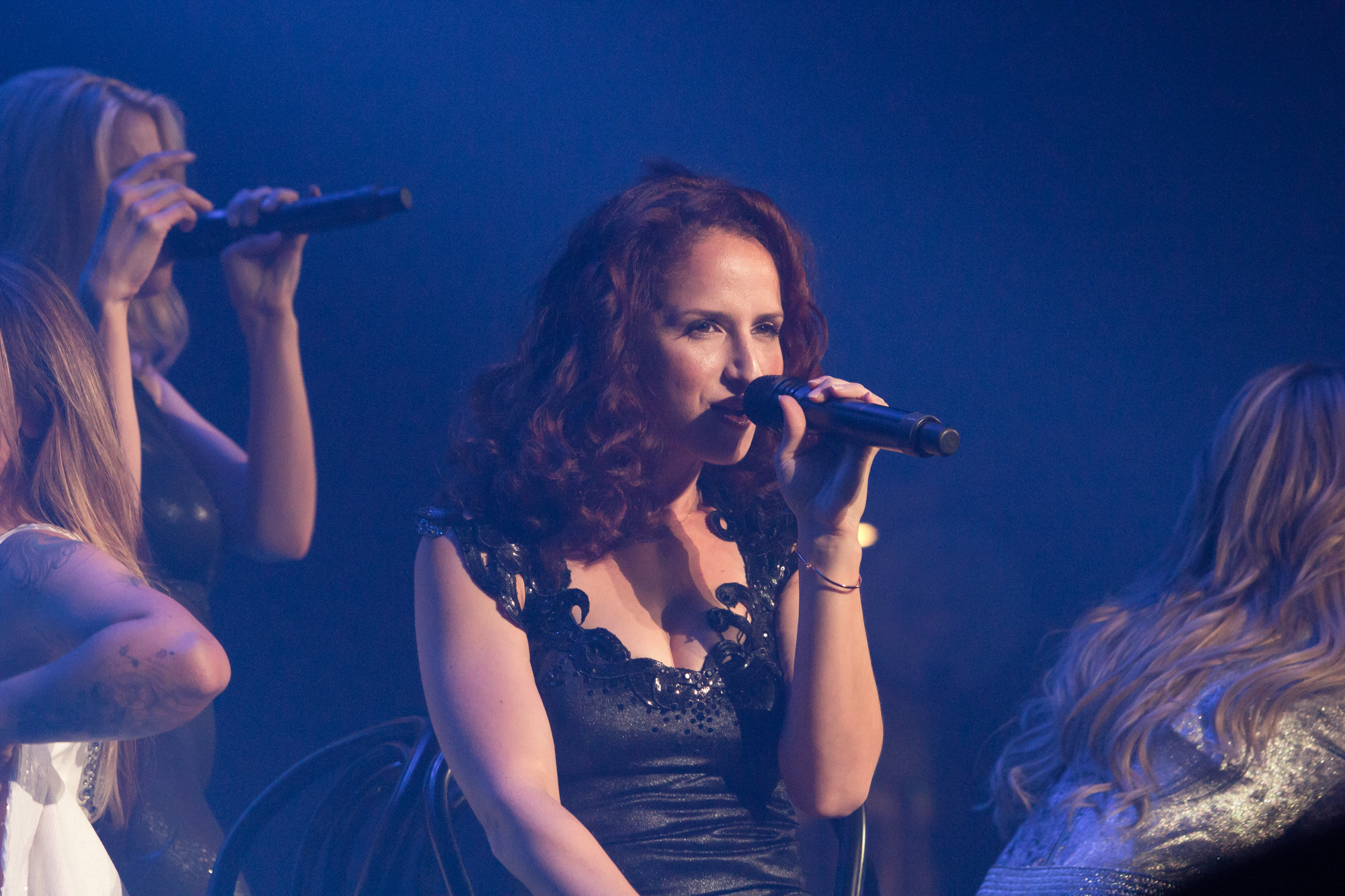 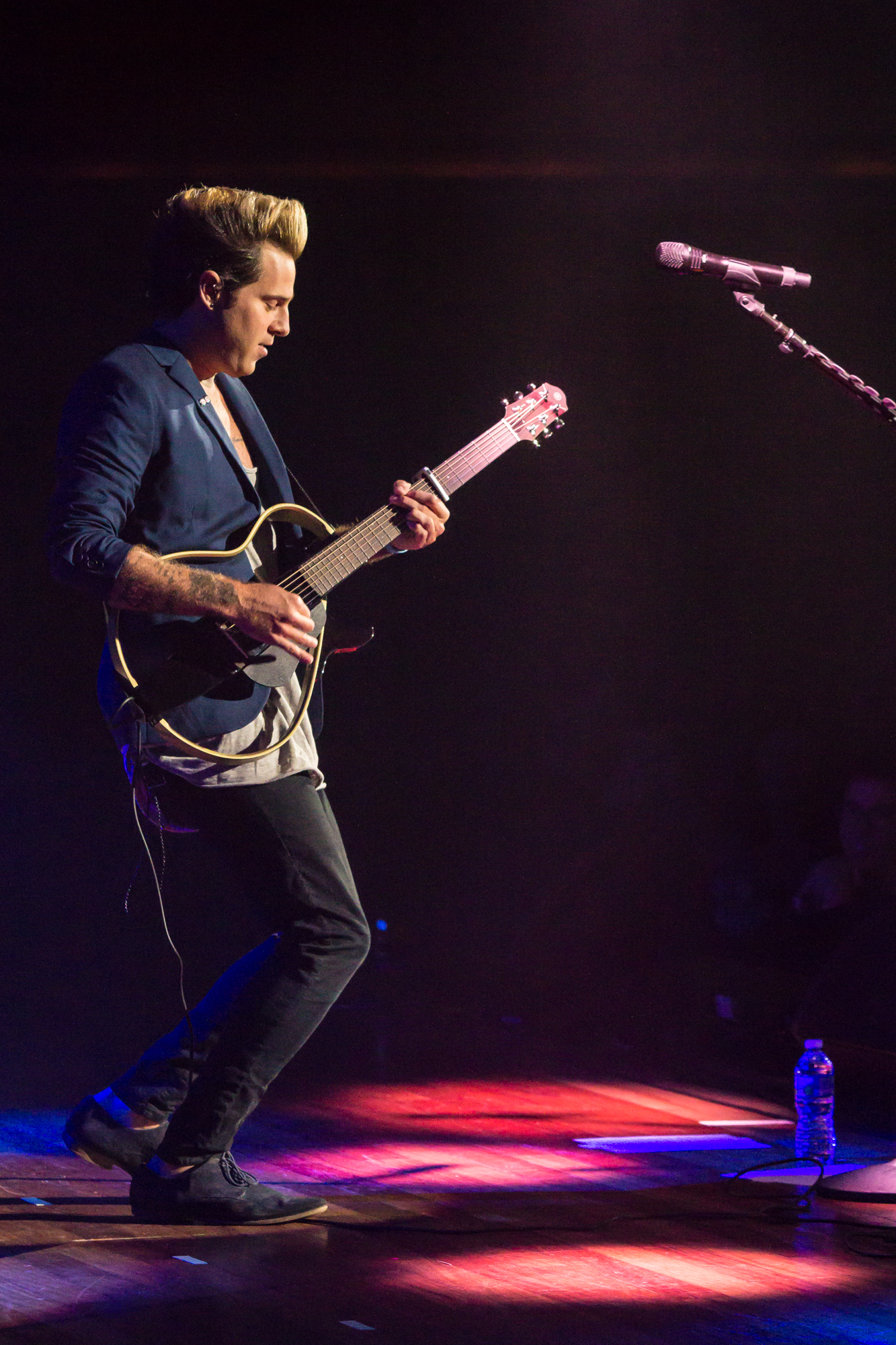 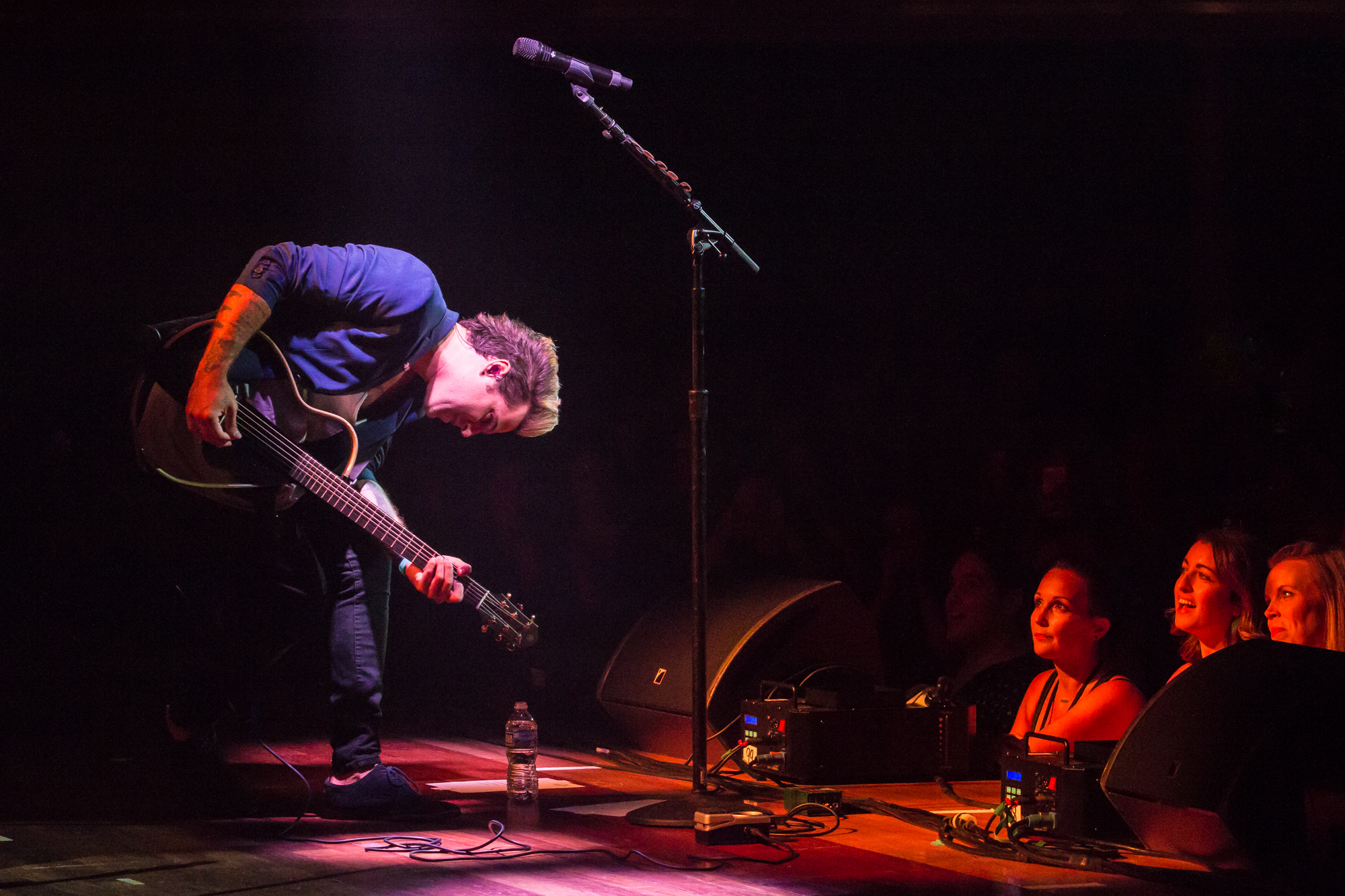 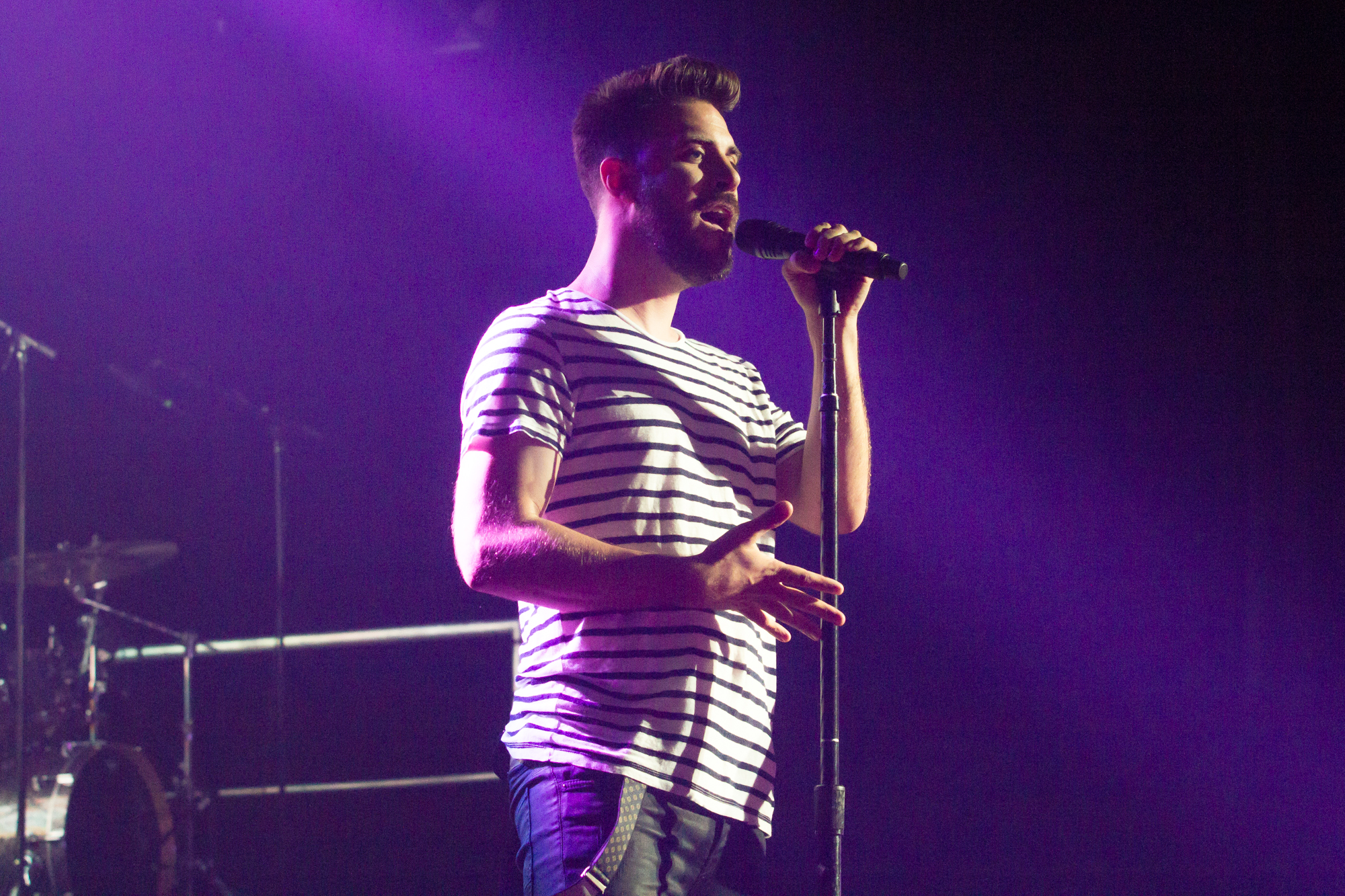 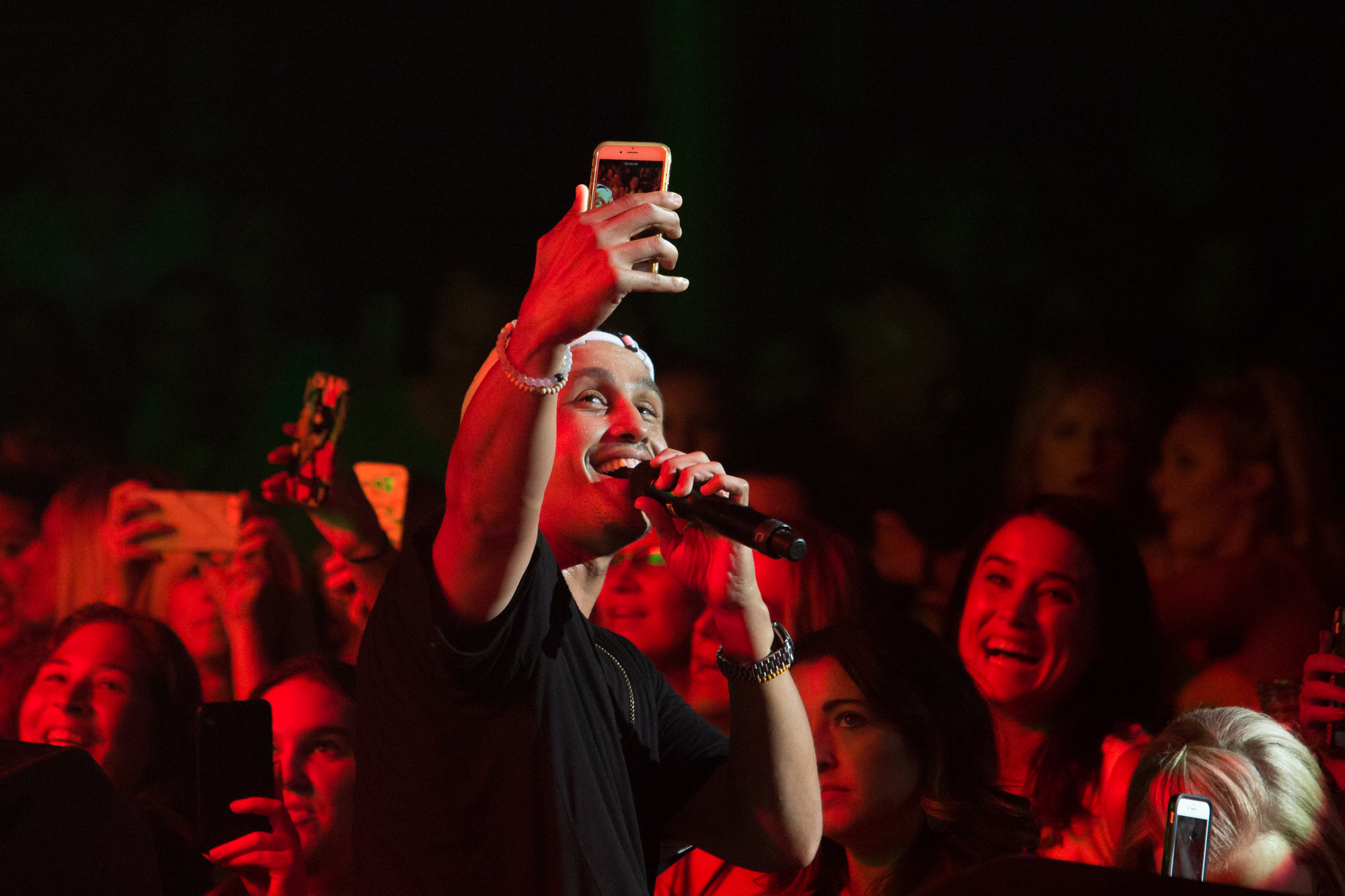 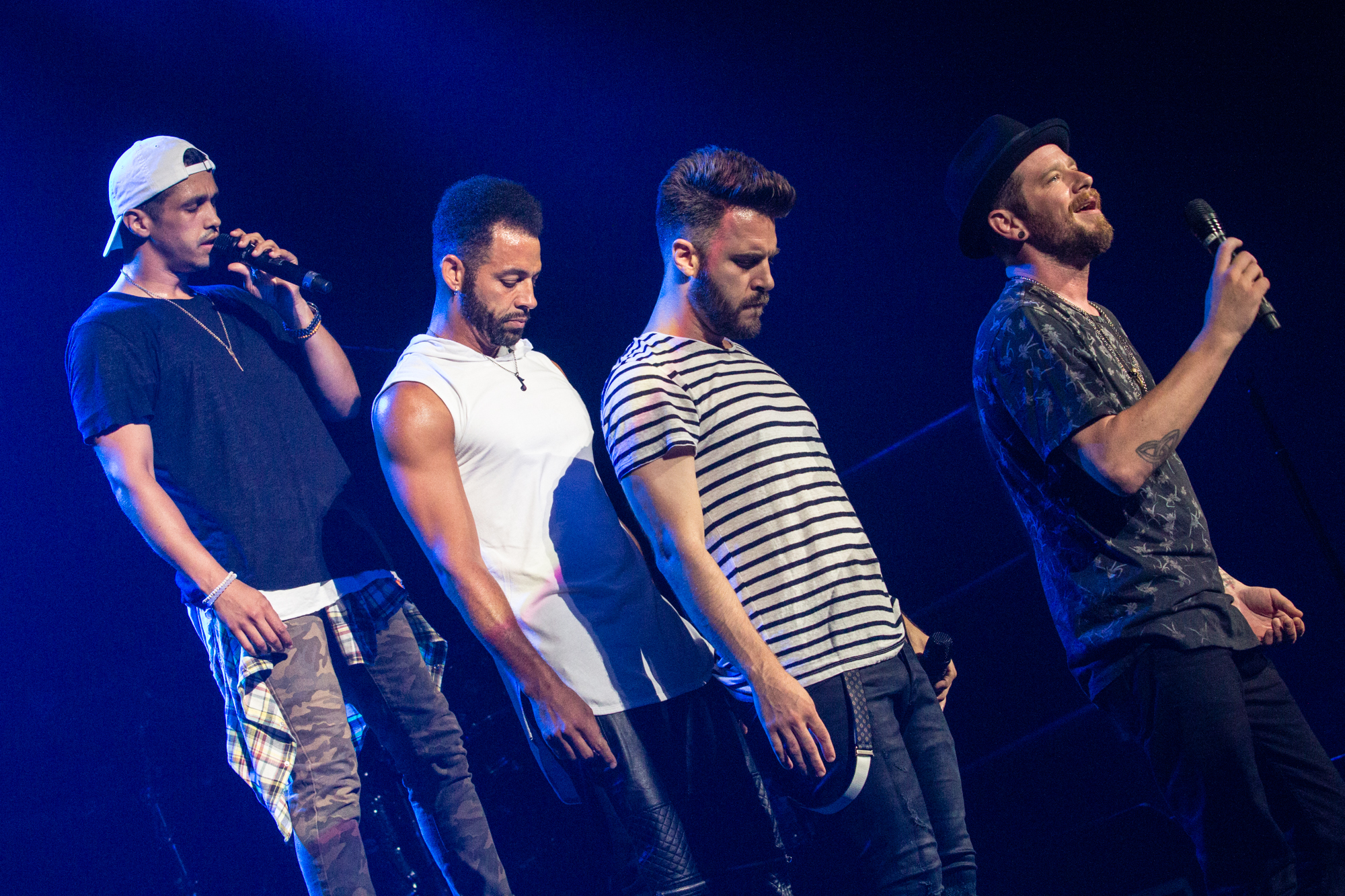 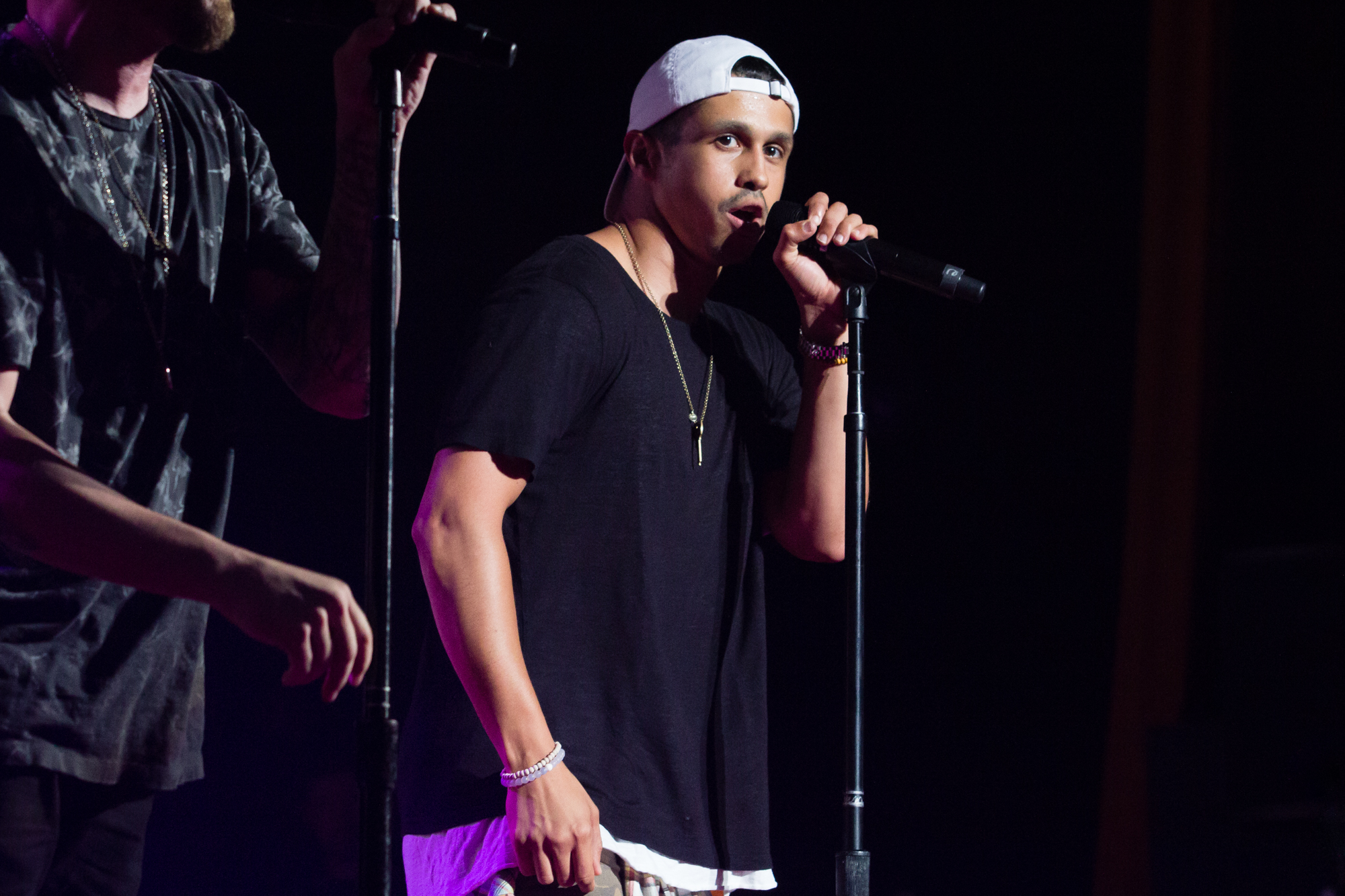 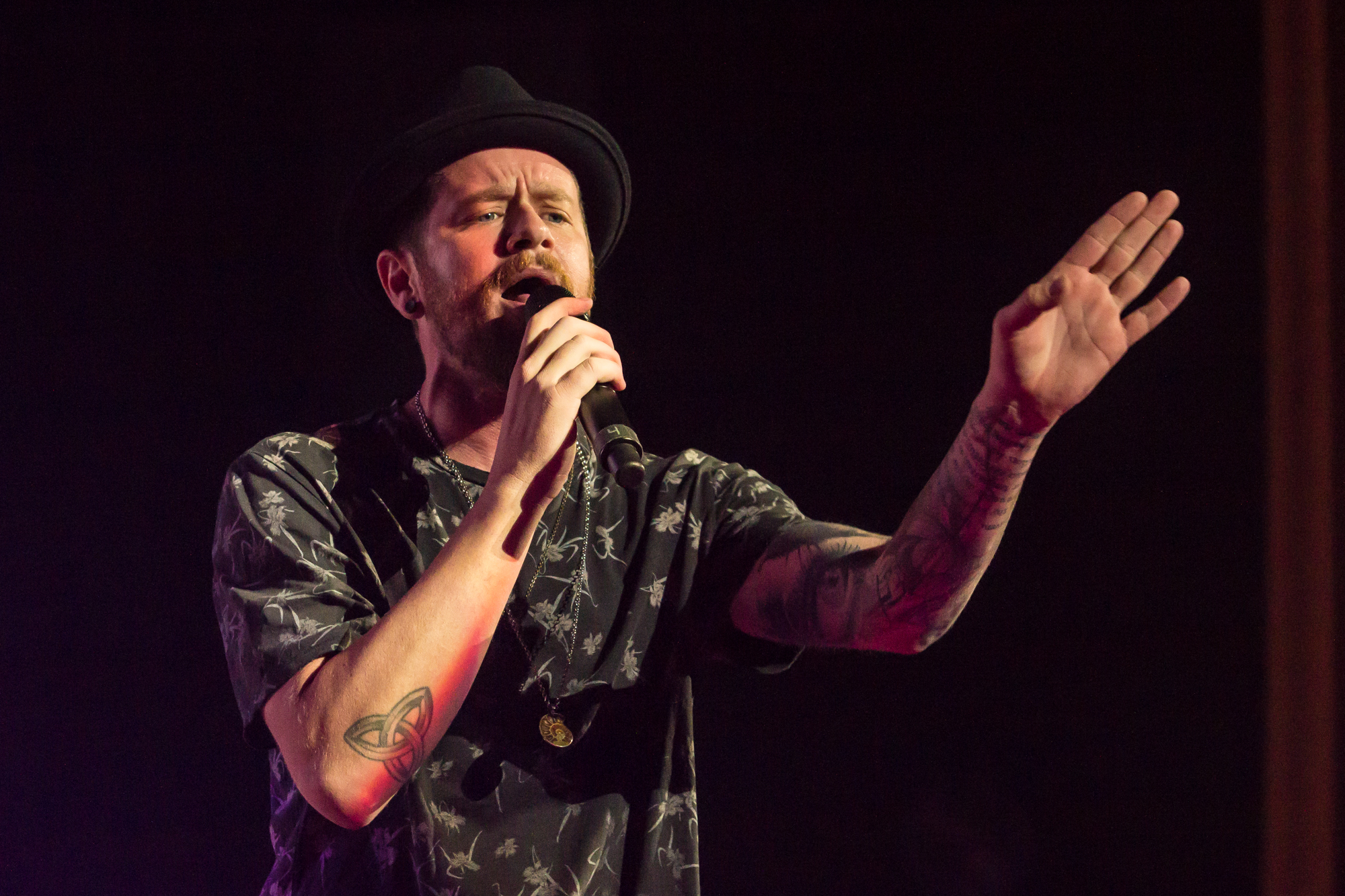 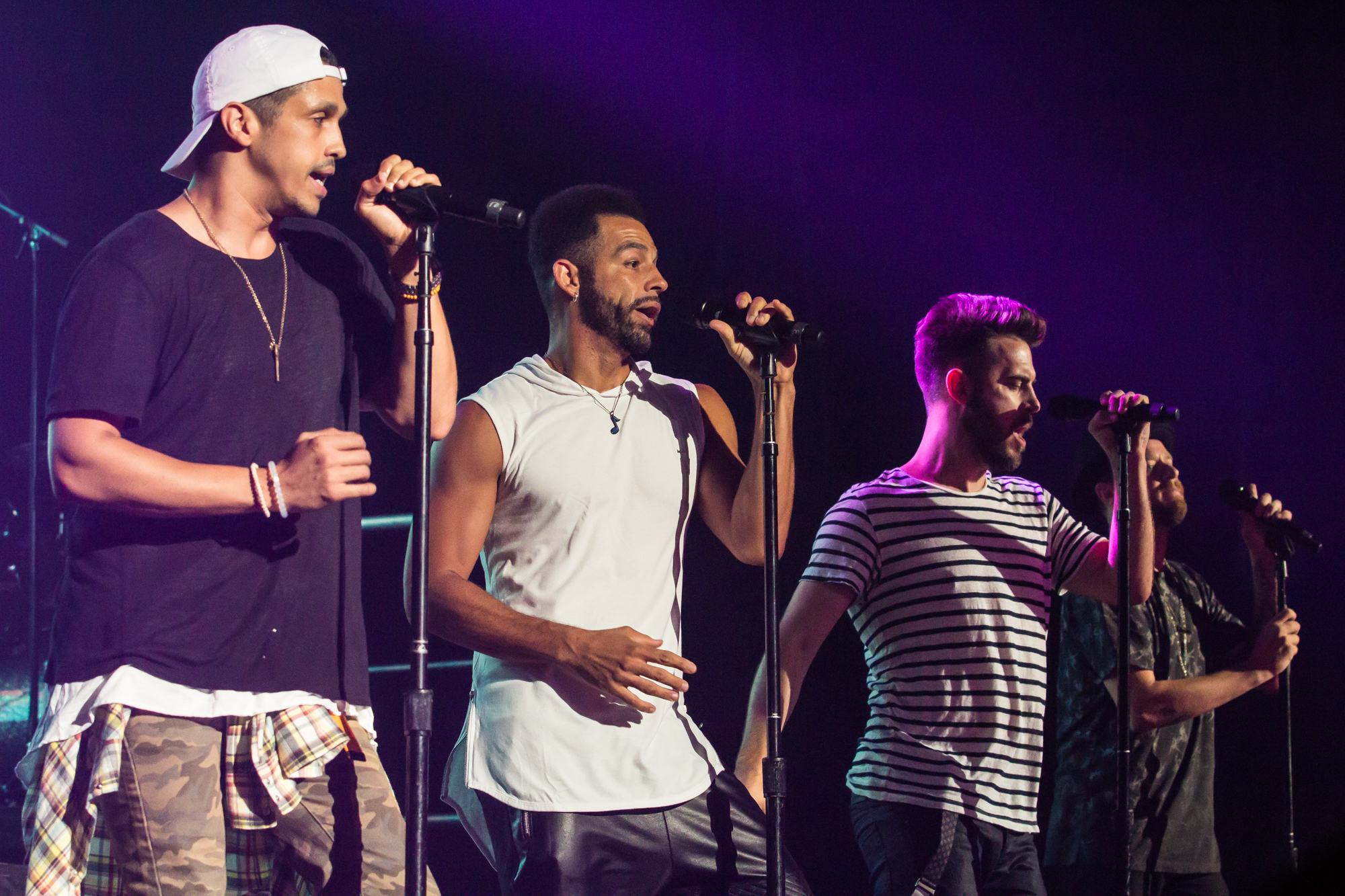 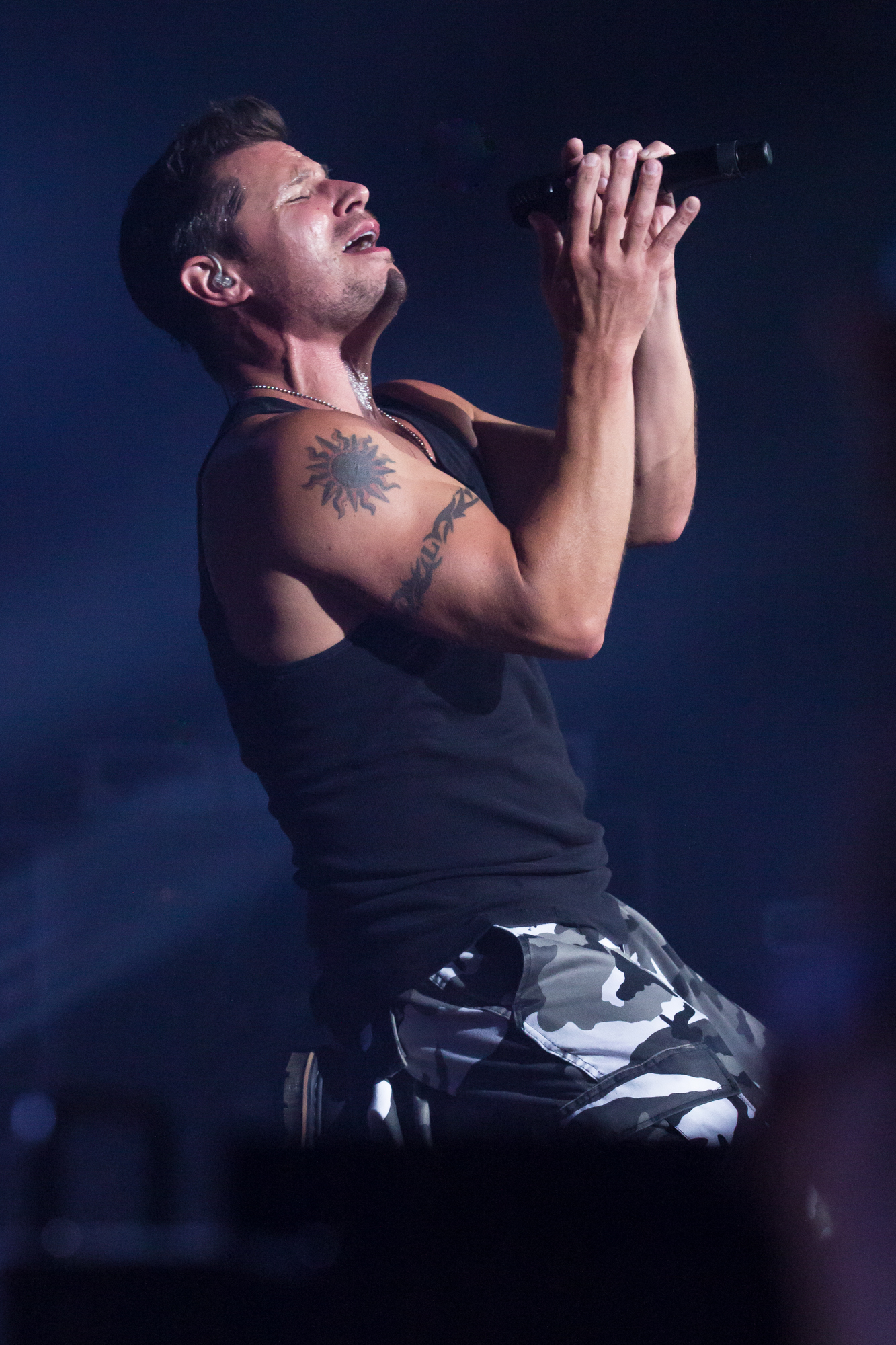 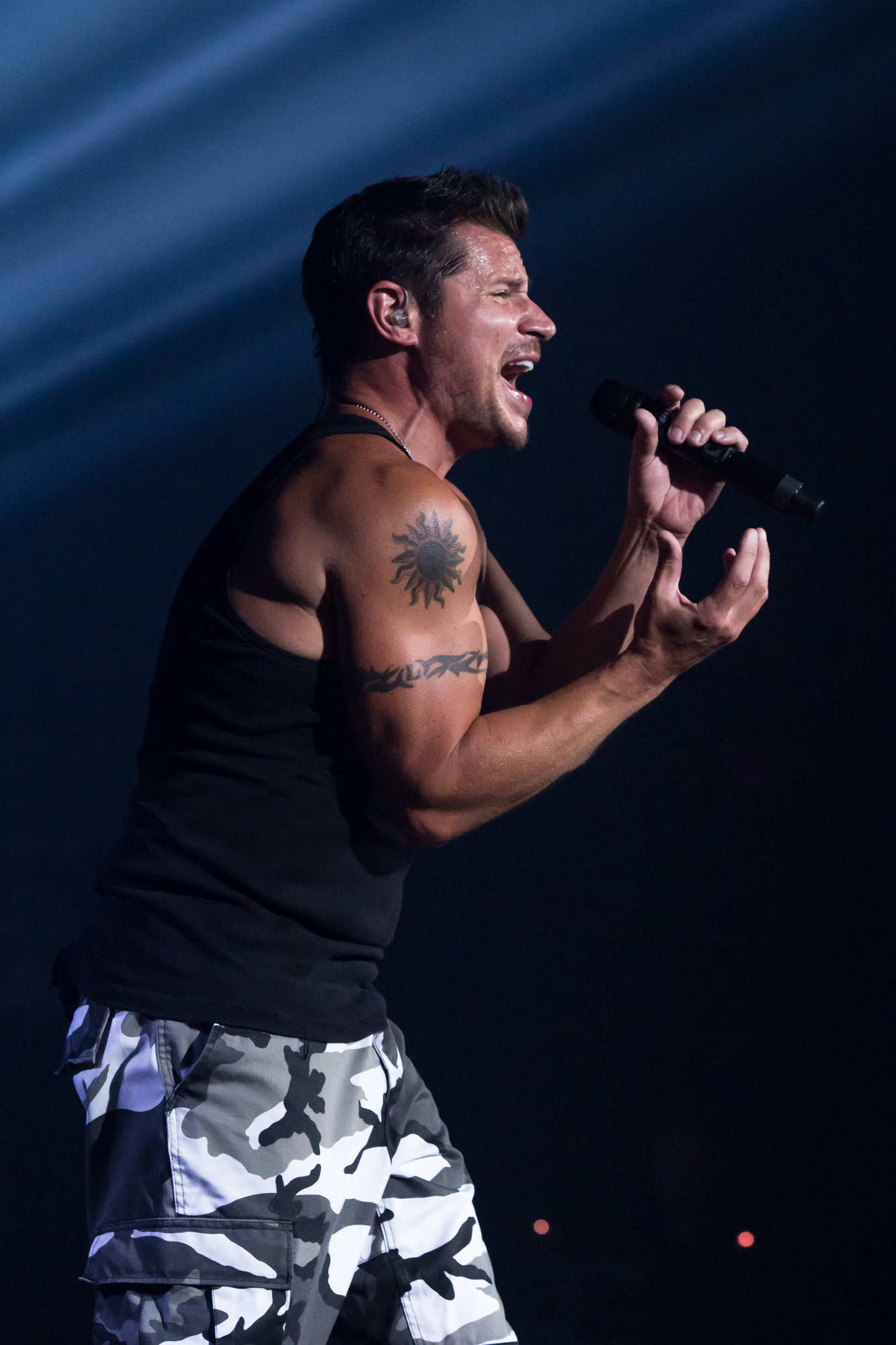 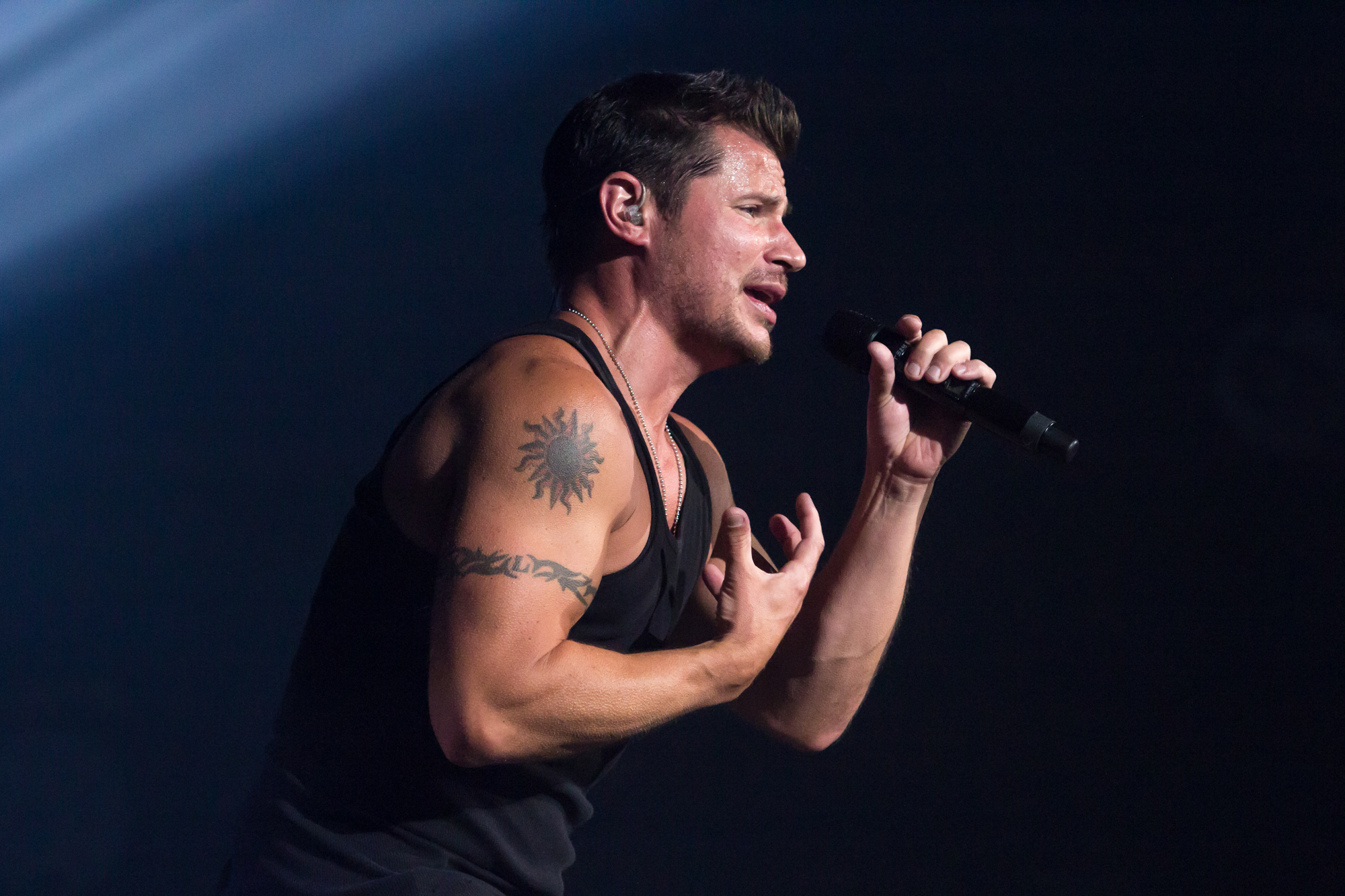 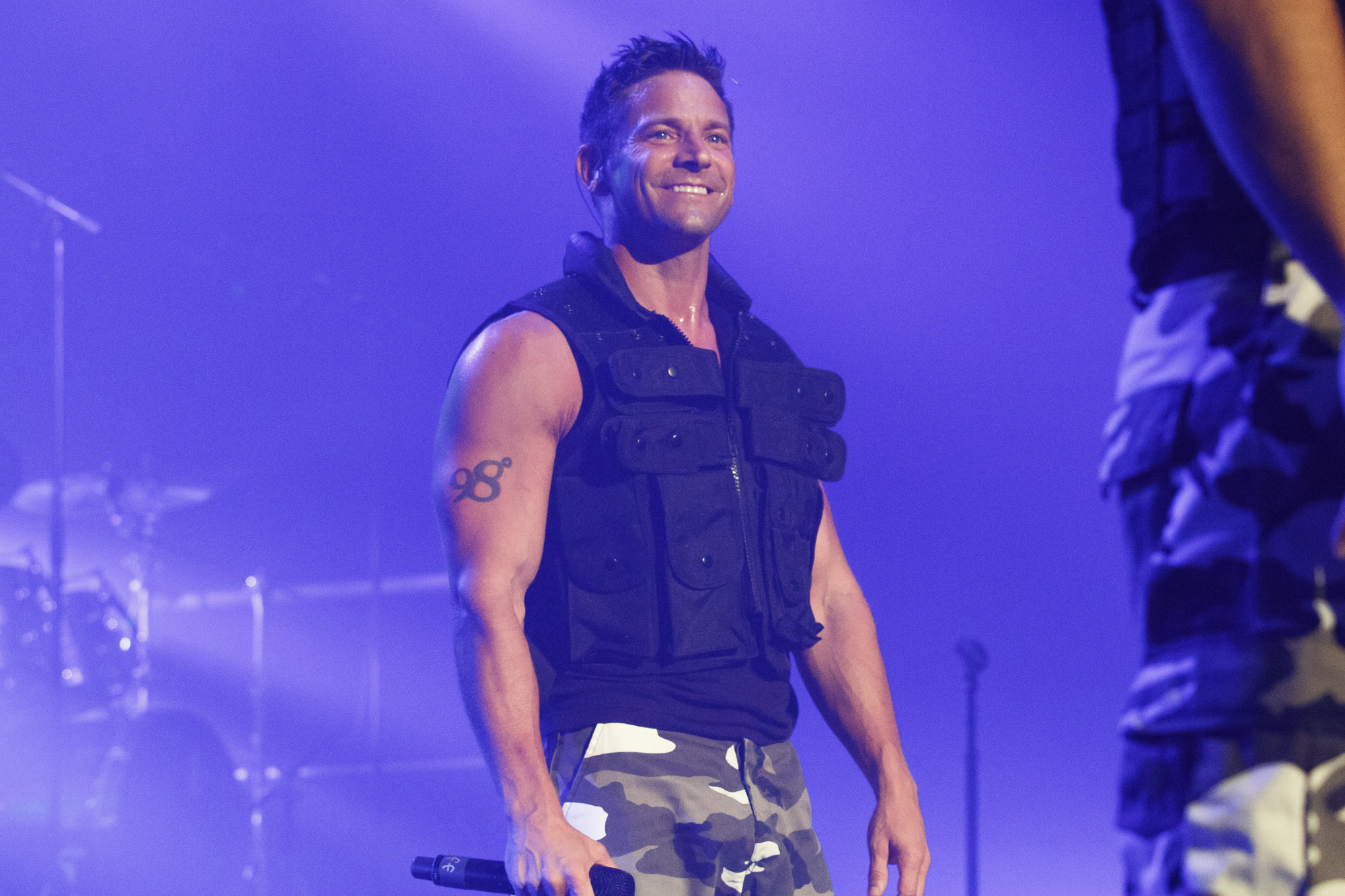 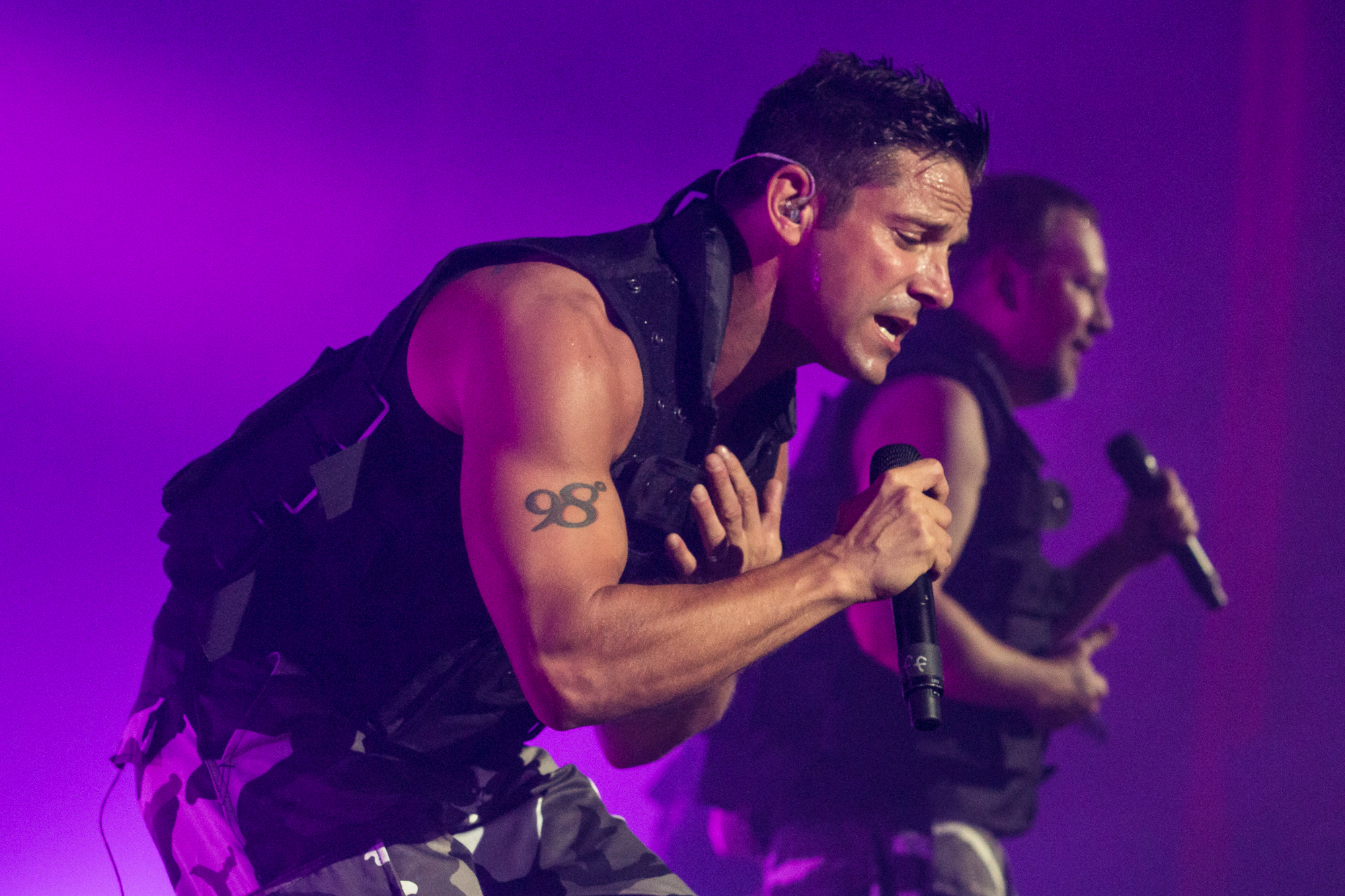